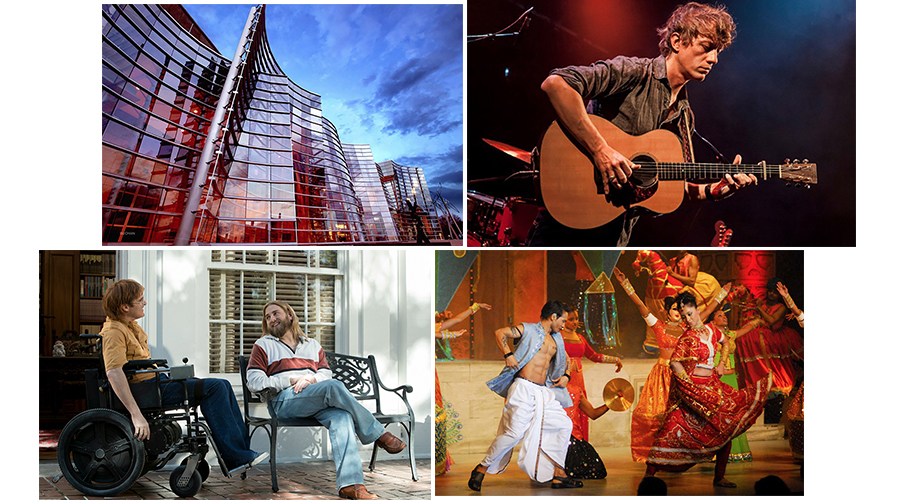 October is a month when the weather shows promising signs and our calendars start filling up with end-of-year commitments. In light of as much, we’ve foregone our usual cultural roundup to bring you a slightly more succinct list of things that are worth carving out some time for.

WATCH: A Star is Born
Bradley Cooper’s hotly anticipated directorial debut was released in America just last weekend and happens to be a remake of the 1930s classic. Lady Gaga is a struggling artist, Ally, at the film’s centre while her lover is musician Jackson Maine (Cooper). The classic plot ensues of careers heating up at the cost of personal relationships. Expectations were set high after the film’s first screening at the prestigious Venice Film Festival and people are already obsessing over Cooper’s liberal use of fake tan in his characterisation of a washed-up cowboy singer. In cinemas 18th October

VISIT: Festival Italiano
On Sunday 28th October, the Italian gioia di vivere (joy of life) will be spilling over the back streets of Newmarket as the annual Festival Italiano unfolds, setting the scene for a day spent tasting, buying, basking in all the good things about the Italian way of life. From 11am till 5pm, Osborne Street, Kent Street and Rialto Centre will be turned into a pedestrian-only area for the country’s largest street celebration of all things Italian. Find out more here.

ATTEND: Art Do
After five years of raising the bar with great art dinners, Christchurch Art Gallery is upping the ante with a fully fledged Gallery gala called Art Do on Saturday 27th October. Poised to be ‘New Zealand’s biggest art party’, it will bring together some of the world’s best chefs, designers and thought leaders for an immersive and fanciful evening of feasting, toasting and good times. Purchase tickets here.

GO AND SEE: The Merchants of Bollywood
Having played to over three million people worldwide, The Merchants of Bollywood is a show worth seeing. Choreographed by Vaibhavi Merchant, granddaughter of Hiralalji Merchant, one the founding fathers of classic Bollywood Cinema, its talented performers will be delivering a lively taste of Indian culture to a rapturous Auckland audience. 19th – 21st October, purchase tickets here.

WATCH: Don’t worry, he won’t get far on foot
This uplifting biopic details the life of Portlandian artist John Callahan who has a lust for life, a knack for off-colour jokes, and a major drinking problem. When an all-night bender ends in a catastrophic car accident, John wakes up to the reality of being confined to a wheelchair for the rest of his life. In his journey back from rock bottom, his honesty and wicked sense of humour turn out to be his saving grace. It’s a heartfelt watch with a laudable performance by Joaquin Phoenix. In cinemas now.

GO AND SEE: Dane Mitchell’s Iris Iris Iris
Dane Mitchell, who will be representing New Zealand at next year’s Venice Biennale, has recently installed Iris, Iris, Iris, at the Auckland Art Gallery Toi o Tāmaki. Its conception is the result of recent research into scent production, from traditional Japanese incense to the latest technologies, where the ‘iris’ is explored in all its meanings. The installation will be in situ till Sunday 24th February 2019.