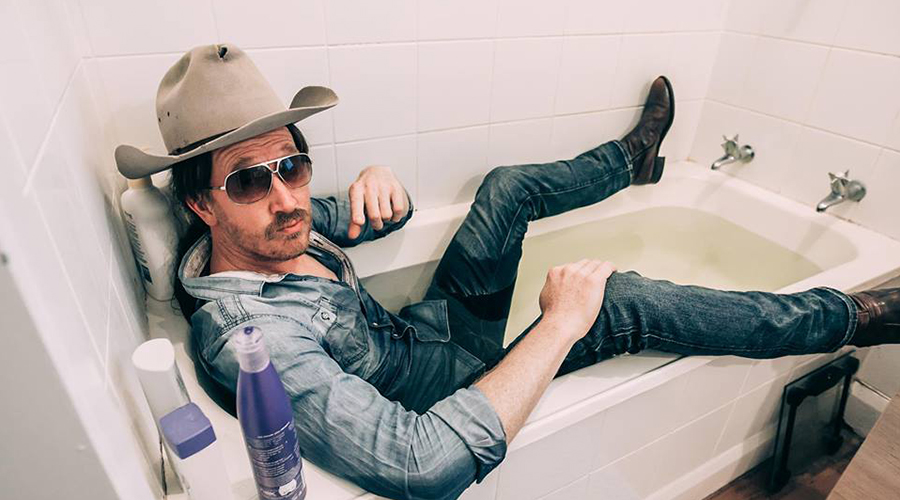 When tickets to drawcard acts like Ross Noble sell out like hotcakes, it is a reminder that we simply cannot afford to take a relaxed approach to the upcoming NZ International Comedy Festival. With a slew of talent coming our way starting from the 27th April, here we name a few of our personal picks.

Larry Dean
This Scottish champion of standup habitually appears on Live at the Apollo and is renowned for making a charming mockery out of his countrymen. With accolades such as Scottish Comedian of the Year and a routine that will have you eating out of the palm of his hand, this is some of the best Brit comedy to be seen at the NZICF. 27th & 28th April at Q Theatre.

Wilson Dixon
Hailing from the tiny town of Cripple Creek in Colorado, Wilson Dixon is a country music x comedy hero. Having grown up in the Rocky Mountains, story has it that he was isolated from the rest of the world, cut off from influences like technology and news, and spent his days surrounded by a large family, some cattle, horses, a few dogs and an owl — and it shows. Back on our shores with his brand new show What A Country!, Wilson’s charming lilt and LOL lyrics will win you over in no time.  27th April – 5th May at Q Theatre.

Johanna Cosgrove
She has been selling out audiences around the country and was the winner of Best Comedy Auckland Fringe 2017. Now, Cosgrove is bringing her act, Aunty — “a one-woman tornado that pays homage to the Aunties we love, and love to hate” — to this year’s festival and we cannot wait. No one is safe from Aunty’s rambling barrage; as the sauv flows freely and the stories start coming, a torrent of the non-stop monologue will leave you reflecting on your relationship with family. 1st-5th May at Herald Theatre.

Guy Montgomery
Known for his quirky twist on typical Kiwi comedy, local personality Guy Montgomery will be bringing home his show Guy Montgomery Doesn’t Check His Phone for An Hour off the back of an Australian tour. The excruciating hour of endurance and resistance is the perfect farce for this day and age. 27th & 28th April at Rangatira.

Alice Snedden
A rising star on the Auckland comedy scene, Snedden — a writer and improviser — was named Best Newcomer at last year’s NZICF and this year is nominated for the coveted Billy T Award. Following up her debut show Self-Titled:Volume I with an even more amusing Self-Titled:Volume II, you best catch her now before she heads offshore to make waves at the Edinburgh Fringe Festival. 15th-19th May at Basement Theatre.

Parker & Sainsbury
Mark Sainsbury is arguably the man who got us through the election with our sanity intact. Most famous for playing Ms Paula Bennett to a T via his Snapchat channel, for the purpose of the NZICF he has teamed up with his mate Chris Parker to play one half of the Giggly Gerties. You can get a taste of their chemistry below as they lampoon kiwis of all shapes and sizes. 27th April – 5th May at Basement Theatre.

Throw some shade this summer with the sunglasses of the season