I remember visiting Te Papa when I was a kid. There was a dinosaur exhibition where you could race against a Tyrannosaurus Rex. My competitive nature meant I wouldn’t let my family leave until I beat it, but unfortunately, that time never came. Although I’m sure if I kept trying… well we’ll never know. Anyway, thanks to the ingenious team behind Nike, I now have a more realistic target to race against; myself. 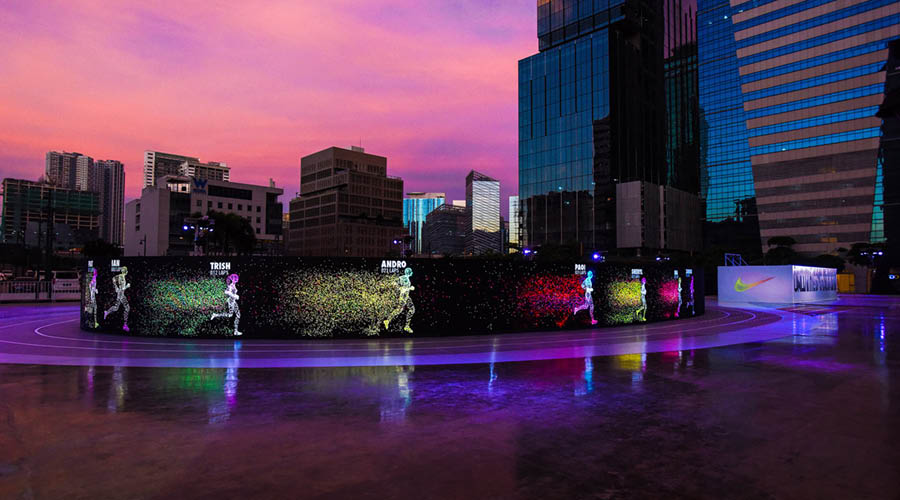 Nike Unlimited Stadium is an interactive pop-up track that has recently taken over an entire city block in Manila, Philippines. Built by global advertising agency Bartle Bogle Hegarty’s, the 200-metre long stadium is the world’s first LED running track, constructed in the shape of a shoe. It works by placing a radio frequency identification sensor on your sneaker and then running a lap on the track. The initial lap time is recorded and then a digital avatar appears on several large LED in a myriad of bright colours, screens placed around the track for you to beat the previous record, with lap-by-lap feedback on pacing and other stats. 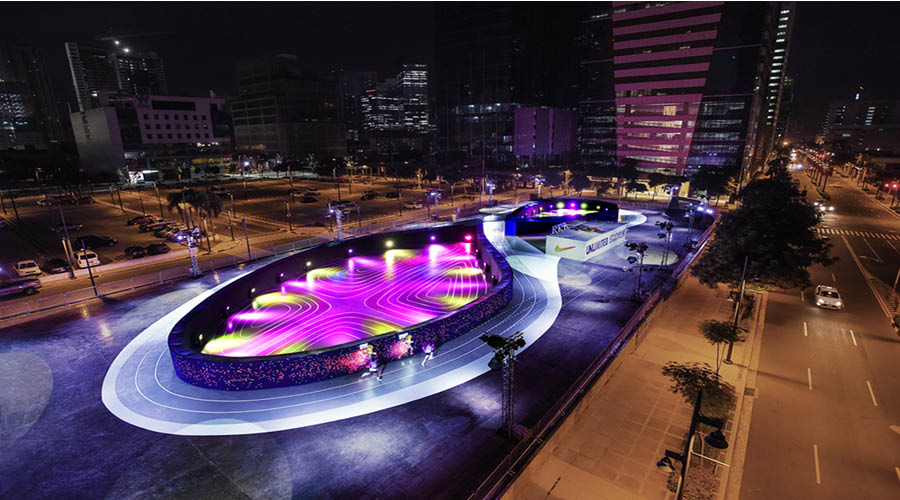 We’re unsure how long the installation plans to remain open, but here’s hoping Nike brings this down to New Zealand.