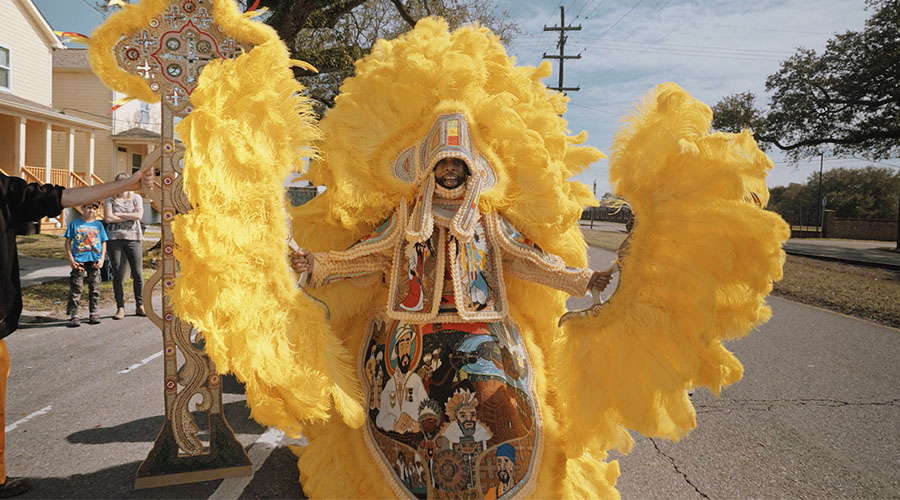 All On A Mardi Gras Day

Comprising an array of cinematic talent from both local and international creatives, in what’s set to be its largest-ever programme to date, the acclaimed Show Me Shorts Film Festival is a must-do for lovers of film. Kicking off on October 5th and carrying on until 24th October, there’s ample opportunity to indulge in some visual goods — plus, there isn’t a film longer than twenty minutes, meaning that this could quite possibly be the quickest and easiest way to inject a dose of culture into your life over the coming weeks.

This year’s program, boasting 60 short films and three music videos, spans a variety of genres, topics and styles, serving up everything from apocalypse-focused science fiction to thought-provoking true stories. A special Japanese Focus section of the festival sees a medley of Japanese filmmakers thrust into the spotlight, like Fuyuko Mochizuki (Boze) and Kimi Yawata (Beard and Raincoat), while this year’s overwhelming number of documentary entries sees true stories become a running theme. Each of the films look captivating, but we’re particularly looking forward to seeing Skin, the racially charged drama which went on to win the 2019 Oscar for Best Live Action Short Fim, One Hundred and Twenty Seconds, the incredibly short (coming in at just three minutes) but no doubt utterly compelling thriller crafted by Kiwi Connor Slattery, and All on a Mardi Gras Day, which peels back the lid on the little-known, unexpected 200-year-old culture known as Mardi Gras Indians.

Whether you’re looking to unleash your inner cinephile or just merely hoping to keep the kids busy with something new and exciting this school holidays (the line-up comprises a number of entertaining shorts designed with little ones in mind), The Show Me Shorts festival is definitely worth a visit this October.

The Show Me Shorts Film Festival is on from the 5th – 24th October, click here for more information and the full lineup.