Earlier this year, I went to see Grace Jones live at Auckland City Limits, a popular music festival that, despite showcasing other current (and decidedly ‘lit’) artists like Future and Peking Duck, for me, only had one major drawcard. On the back of her performance and after watching the documentary Bloodlight and Bami by Sophie Fiennes — a contemplative depiction of Grace Jones as both iconic performer and private human — I began wondering whether there were any artists in the throes of their careers now that I could genuinely hold up next to her. And not necessarily in relation to her style, ethnicity or even career choice (a rebellious literary figure on the rise could, for example, be a fair comparison), but more in regard to Jones’ status as a ‘Great.’ I have to say, I came up short.

Grace Jones has always been so unequivocally herself. It’s a self that doesn’t slot neatly into ready-made cultural canons and perhaps it’s this defiant act of being nothing other than what she is that lends to her ‘Greatness.’ Storming the Auckland City Limits stage in a flurry of bejewelled, leotarded, head-pieced glory (never mind that she’s 70 years old) it was impossible not to feel affected by her presence, which transcended the smorgasbord of generations surrounding me in the huddled crowd.

Can other cultural figures coming out of our speakers, cinema screens and ‘recommended reading’ lists also claim to present themselves in such an authentic, all-encompassing way? Part of the answer surely lies in how society has changed. Call me cynical, but it seems to be a product of our times that the arts feels increasingly manufactured. A ‘bums-on-seats’ (or rather, eyes-on-screens) approach is resulting in cultural moments that are less about asking questions and shifting perceptions and more about achieving some kind of viral status. In this decidedly fickle landscape, I wonder if we’re living in a post-iconic world?

I defer to the artist Alec Monopoly, as a case study. Boasting a huge following, and garnering hefty prices for his work (many sell for between 20,000 and 50,000 USD), he is renowned for his celebrity friends, designer clothes, fast cars and for covering his face in photos. His actual art lands at the tail end of that list. Even at his gallery launches, the crowds are more interested in the dancers dressed as Alec Monopoly doppelgängers than the canvases themselves. His, is fast art, defined and given value by social status and bragging rights. It begs the question of what really matters to the masses. Feeling something? Or the absence of having to? And where those we hold on high as undisputed icons (think David Bowie, Marilyn Monroe, Jane Austen) were exalted for their abilities to elicit emotional reactions through their work, now, perhaps all we seek is distraction?

It left me thinking about what we even mean when we talk about someone being ‘iconic.’ Is it the act of producing paradigm-shifting work? Is it being entirely unique from the crowd? Is it driving significant social movements? Or is it simply giving the people what they want? If the latter holds, maybe Alec Monopoly does fall into this category. Not the ‘Great’ we expect but the only one we deserve.

In the hope that this wasn’t the case, I found myself listening to Patti Smith’s interview with Alec Baldwin on his Here’s The Thing podcast, perhaps seeking some reassurance that this world was still capable of producing moments of transcendent culture. For Smith, achieving greatness in the arts is inexorably linked to sacrifice. When asked for the advice she would give to other young artists, her message was clear. “You have to be willing to sacrifice,” she says. “You have to be willing to work really hard. You have to be willing to go years… without recognition, without acknowledgement. And you have to, in the face of all that, maintain your vision.” Opening his interview by remarking, “I wonder, if we were starting in our respective businesses now, what that would be like?” Baldwin cut to the core of what I had been wondering myself. “I didn’t really want to be a musician or a singer,” Smith candidly replied, “it was accidental. Would it accidentally happen now? I don’t think so.” That Patti Smith is an icon is without question. But I agreed with her doubts that such a serendipitous rise could be replicated today. Setting aside her ‘luck,’ if you will, there is one quality about Smith that I feel all Greats, across any era, must share. It’s the attitude that art is, as she articulates, “a sacred quest.” That “you can achieve fame and fortune in the pursuit of it because perhaps the stars are aligned but that can’t be the prime directive.” You have to “give something new to the canon of art. To give something new to the people. And to do something great. To do something enduring. Something inspiring. Something that will take people where they’ve never been taken.” 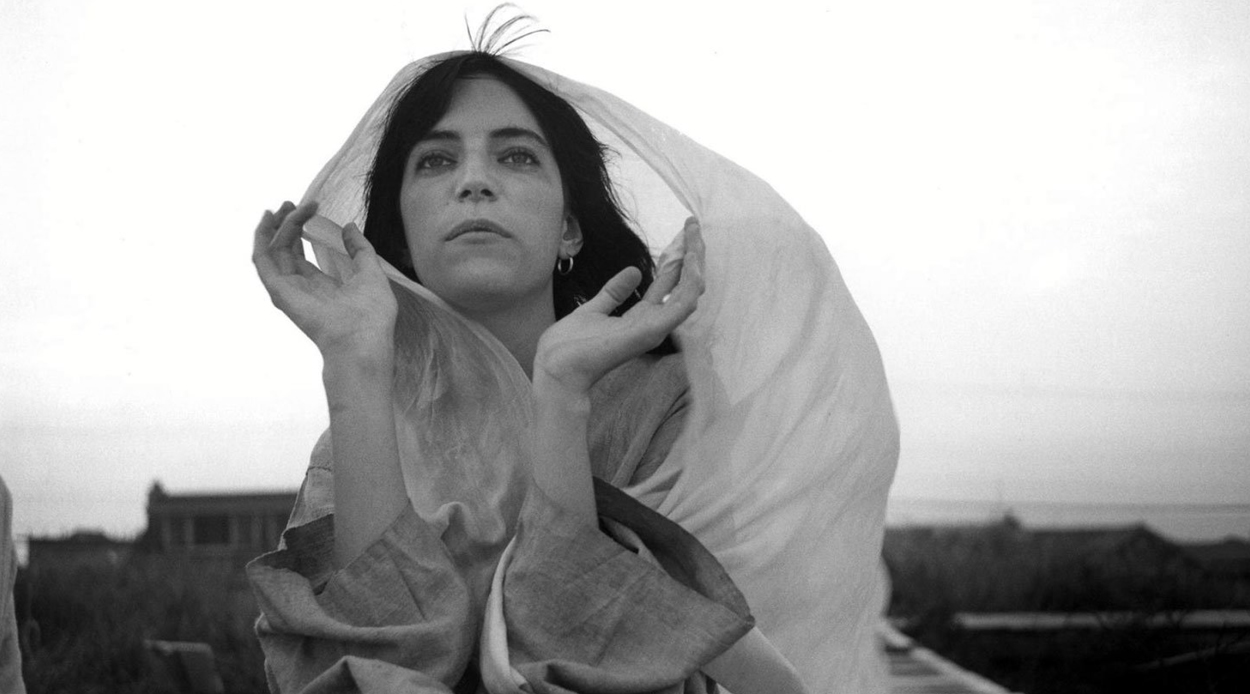 So if Greatness is ultimately about sacrifice, being driven by unconditional passion and courageously going where no man (or woman) has gone before, I started to think about who was meeting those standards today. One artist that stood out from the rest — for her tireless pursuit of newness, her boundary-pushing, her storytelling and her ability to cross genre, generation and class — was Beyoncé. Admittedly not an up-and-coming artist by any means, Beyoncé’s position as a leader in her field has been defined by a body of work that revels in its own reinvention. From her early days in Destiny’s Child to her groundbreaking visual album Lemonade, Beyoncé seems to embody Smith’s directives, albeit in her own, unique way. And rather than feeling like a relic of a bygone era, she still feels like a product of our time. She belongs to us in a way that Patti Smith
never could.

Earlier this year the Open University of The Netherlands held a summit to discuss the idea of an icon as “a model that generates cultural meaning by connecting past and present.” Its keynote speakers explained how people often refer to something as iconic in order to better understand the present-day, and it dawned on me that perhaps we can only bestow iconic status on someone when we have an appropriate amount of hindsight.

Sure, I might not have felt that those climbing the cultural ladder now could hold a light to Beyoncé’s tenacity, Patti Smith’s scrappy resolve, Grace Jones’ unapologetic boldness or the universal ability of the literary greats to capture our imaginations — and it made me feel sad — but maybe all this lamenting about my generation while wistfully idealising bygone eras was just a symptom of existing. It’s something we’ve all done, through every generation — and while the grass, glancing back, may seem greener, perhaps Rupi Kaur’s ‘Instagram poetry’ or the 16-year-old Billie Eilish making waves with her disarmingly mature songs, will one day occupy the spaces in our cultural consciousness currently kept by those of a time gone by.

One thing is for certain. Culture is constantly evolving. Will we see another artist of the same ilk as those we acknowledge as the gatekeepers now? Probably not. Or not, at least, in the same ways as we have before. We need to give the classes of Generation Y and Z a chance to grow to a place where one day we will reminisce on how their trajectories helped us make sense of the world we currently occupy. Today’s quick-turnaround culture machine might be churning out more and more content at an exhaustive pace, but I have to have faith that the threads of courage, authenticity and creativity remain strong enough to birth a new breed of Great. Stepping into this brave new world I can’t help but hear the words of Grace Jones ringing in my ears, “I only move forwards, never backwards darling.”

Spanning music, art and design, these new coffee table books are seriously worth poring over