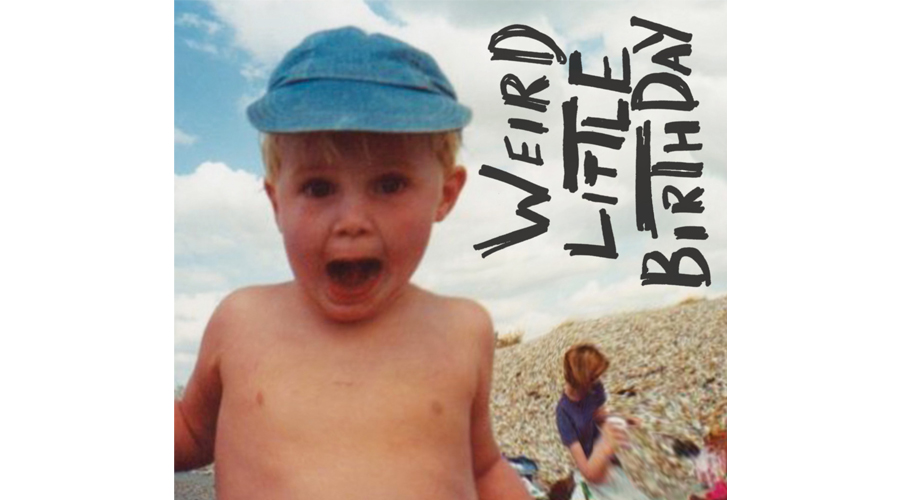 This beautifully constructed and produced album is bound to put a smile on the face of anyone prepared to give it a listen.

The press release describes ‘Weird Little Birthday’ as a debut record that is “not quite a concept album about a boy who shares his birthday with Jesus Christ and eventually is driven insane with jealousy”. Sounds like a recipe for disaster, but fortunately South London trio Happyness has the talent match their ideas, and the result is low-key joy. With a generous nod to late nineties US college radio darlings Sparklehorse, Yo La Tengo & Grandaddy, influences are acknowledged but also given a healthy dose of British charm and wit to create the perfect accompaniment to a long sunny Sunday afternoon hanging around doing very little.

Half-whispered vocals blend with the fattest of bass lines and shimmering guitars, to create a blissed-out sense of wide-eyed innocence and optimism that belies the album’s dark themes and is simply infectious. From the more classic pop structured lullabies of ‘Naked Patients’ (“there’s something so funny about a sick body and the things it shouldn’t do, there’s something so funny about you when you’re bloody, there’s something so funny about you”) and ‘It’s On You’ (“remember when we broke into the park and you got laid and I watched and you said that was fine”) to the more considered eight and half minute centre piece ‘Weird Little Birthday’ (“it’s a weird little song, she’s a weird little girlfriend, we don’t really get along” there is a lyrical playfulness that immediately cuts through any potential pretentiousness.

‘Refrigerate Her’ tells how our the protagonist would like to keep his girlfriend in a fridge, so that he could have her whenever he liked without her going off, while ‘Great Minds Think Alike, All Brains Taste the Same’ takes a different approach, suggesting that the more he talks to her, the more he likes his dog.

Here’s how to avoid getting sick this winter, according to a Naturopath