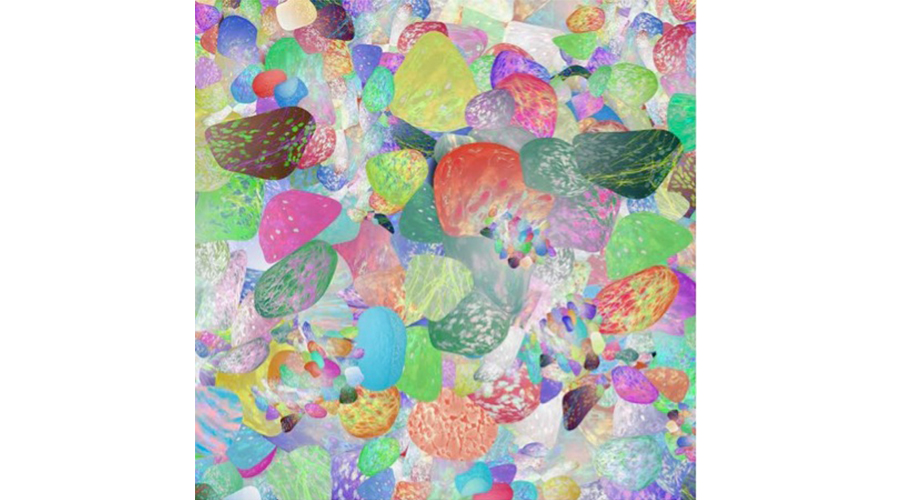 London duo Alexander Tucker and Daniel O’Sullivan a.k.a. Grumbling Fur have quickly established themselves as modern flag-bearers for the surreal and psychedelic pop surrealism most recently explored by contemporaries such as The Flaming Lips. Preternaturals, their third album, follows very quickly on from the brilliant Glynnaestra, and remains as experimental and enigmatic as ever.

Exploring the miraculous that is to be found in the everyday, Grumbling Fur continue to both charm and confound in equal measure. From the opening wind chimes of ‘Neil Megson Fanclub’ (Neil Megson being the real-life moniker of fellow mischief maker Genesis P Orridge), this album weave its mischief and magic in just 32 bewildering minutes. ‘All the Rays’ announces its arrival immediately, acoustic guitar, throbbing base synthesisers and a dual vocal performance of wide eyed innocence from Tucker and O’Sullivan.

Tim Burgess from The Charlatans delivers a wonderfully understated vocal on “Lightinsisters’ which juxtaposes celestial visions of satellites with the wonders of Mother Nature. ‘Feet of Clay’ is a foreboding track that seems to be a fantastical horror story despite its calm and mellow melody, while ‘Mister Skeleton’ becomes almost meditative by design, as the protagonist becomes hypnotised by his own existence. And, despite their brevity, ‘White China Pencil’ and ‘Materials Recording the Fibres of Time’ both pack powerful punches thanks to their moving ambience and sensitivity.

Grumbling Fur remain outsiders looking in, constantly exploring ways to re-shape and reinterpret pop music.  Only their imaginations will hold them back from discovering new sensibilities for us to enjoy.