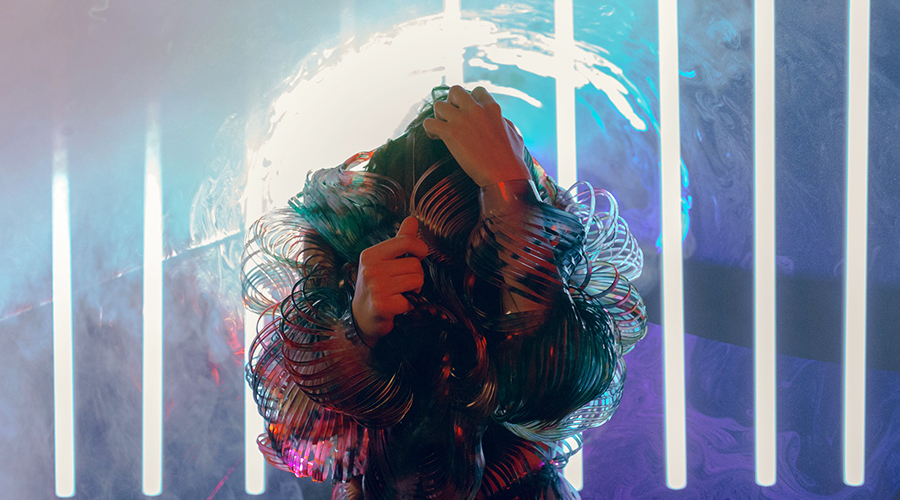 What is ‘Primal Hearts’ about? “I like to think of each project as a partner to the one before. I went pretty dense with The Golden Echo — very surreal and high-minded, so I wanted ‘ground’ with this record, to focus it and create an intention that was a bit more direct with my audience. I wanted to strip things to get to the core. I think that’s what we’re all trying to do as human beings as we look around at everything that’s going on! Especially living in America now; I think people really want truth and direct contact. I tried to make that a hallmark of the record.”

What are some of the themes you explore? “I think vulnerability is a big part of the album. I’m speaking of things that are about growing the most when we let our guards down and when we show ourselves as we truly are. I’ve spent a lot of time playing characters, and while it’s very dreamy and fun, what I’m more interested in now is showing myself as a true person and artist in a way that is reflective of where I’m at now, as opposed to inventing worlds of hyper-reality.”

How has living in New York influenced your music? “After spending some time in Ethiopia last year, I decided I needed to live in a city that gave me the feeling of being engaged every day. In New York, I am able to sustain those same feelings. I guess it’s that sense of passion and electricity around you, just a culture of accessibility right there on your doorstep. It’s hugely stimulating.”

What is trending in the industry right now and how do you use or avoid these trends? “I think there’s definitely that non-lyrical chorus thing happening where there’s just, you know, that drop [starts singing a Martin Garrix-esque theme]. For me, I’m a bit more interested in musicality, you know, like a classic song with a strong chorus. So yeah, I’m not having a go but I guess it’s a trend that I hope will phase out soon!”

Do you ever picture your listeners? What do they look like? “I’m so blessed to attract so many different age groups and cultures to the music, but I think while they are people who appreciate the playfulness of the music, and who, of course, have an appreciation of pop, they are also people who like to dig beneath the surface. I imagine my listeners to be quite attentive. They’re not just aimlessly listening without much thought, they’re digging a little deeper.”

Who are you listening to right now? “I’ve actually started listening to Jordan Rakai from New Zealand, he’s really cool. I’ve also been listening to Gabriel Garzon-Montano — you should check him out, he’s another great R&B singer. The new Grizzly Bear album is amazing too.”