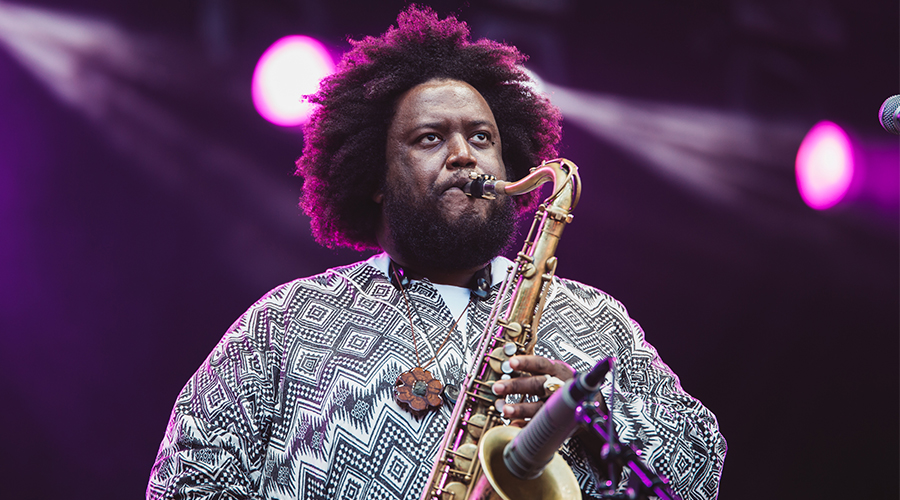 Ever since the 2015 release of his first album The Epic, Kamasi Washington has shone a light on the long-overlooked genre of jazz music. Rave reviews spoke to the idea that jazz could come back to save us from the musical ‘detritus’ of today. One listen to his body of work that now also comprises Harmony of Difference, an otherworldly exploration of the same song over, and you feel as though you have delved into your very existence, addressed your spiritual self in a divine an ethereal way. On his way to perform at WOMAD festival in New Plymouth (16th-18th March), preceded by a one-night-only show at The Powerstation in Auckland, we took a moment to chat to the maestro putting jazz back into the spotlight.

New Zealand doesn’t have a musical history steeped in jazz or the same close relationship with the genre that America does — is there a key to connecting to your music? A lot of people are more connected than they really realise. Jazz, hip-hop, funk they are all interrelated. I think of my music as treading the line between all of those things but jazz is the foundation of it. Jazz to me is more an idea. It’s a concept of making music about self-expression and being in the moment. I think it’s universal; everyone can relate to being present and to want to put your heart out there.

It feels as though you’ve brought jazz back into the limelight somewhat, granted it has never really gone away. Is there something to be said for listening to jazz in this day and age? I think that the idea of being able to express who you are as an individual is something that people desire now. It’s like there’s almost a popularity to being weird. I think people are looking for the idea of self-expression, of individualism. To be honest about who they are. I think the energy behind [jazz] allows them to do that.

What are you looking to achieve with your career this year? I’m in a good place right now. I’ve spent most of my career so far making music for other people which has been really great — I’ve worked with some amazing musicians (he collaborated with East Coast wunderkind Kendrick Lamar on his critically acclaimed 2015 To Pimp a Butterfly) — but now I’m able to focus on who I am, musically, and as a person. I now have the resources and the opportunities for my music to have a place in the world, so I feel like I’m just getting started!

How do you describe your foray into music? I’ve been making music since I was three years old. I’m a second generation musician, so it was kind of like I was born into it. My dad was a professional jazz musician and my mum a chemistry teacher who played the flute for fun. There were always music books and instruments lying around the house and I was always going to rehearsals and concerts, so it’s been natural for me. My dad has been playing jazz records since I was a baby, so for a long time, it felt like it was his music. But when I was 11, I had an older cousin make me a mixtape with Lee Morgan on it. He told me to go and have a listen to my dad’s record collection and that’s when I started getting into jazz for myself. I would go and play my dad’s own records back to him and ask, “You ever heard this?!” (laughs).

Is there anything in particular that you’re excited to do in New Zealand? Usually, my favourite things to do when I go to any place is to hang out with other musicians and to hear what other people are doing on the low. I like those sly jam sessions. I like to kind of interface and see what other people are doing all over the world — there’s some really cool stuff happening that I may have never heard before.

How do people respond to your music? When we play live, I try to make it an inclusive thing. I play my music differently every time, to create space where we are connected [with the audience] and go on a journey together. It’s ups and downs and we can be ourselves. I definitely get the reaction, that if people are familiar with my music, they are kind of surprised when I play it differently. They are appreciative.

You can listen to Kamasi’s album, The Epic, on Spotify.