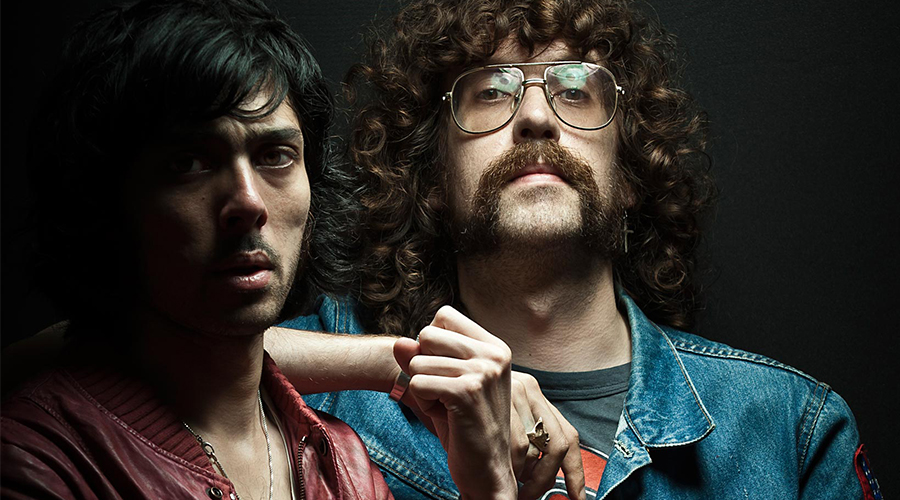 Over the course of more than a decade, French electro act Justice has attracted legions of fans thanks to its feel-good dance tracks that ‘filter hard rock through disco’. Comprised of Parisian duo Gaspard Augé and Xavier de Rosnay, who many moons ago met at a party of a mutual friend, the duo knows how to sequence a live set — let alone an album — to avoid tedium. Seeing them in the flesh is nothing less than extraordinary and local fans will be able to revel in the experience themselves when Justice descends on our shores to headline the Auckland City Limits festival (Western Springs, 3rd March). In the lead-up to their antipodean tour, we spoke to Augé about what spins their wheels.

You guys have an amazing career of 12+ years, with that in mind, what does 2018 look like to you?
At the moment we are really focussed on the live shows because we are probably going to tour until the end of November. Because we toured quite extensively last year, we’ve really honed the show and are excited to present it to the New Zealand audience. I don’t know how we’re going to proceed this year but we would like to break the pattern a bit. Usually, we never write music when we’re on tour because we’re always reworking the material we used on stage but we might take a few weeks to [get creative].

You guys place great importance on your live acts, how much does this come into play in the process of creating your music?
I guess we always have had the pattern of spending a year and a half in the studio, then a year and a half on tour. But it’s mostly because it takes a lot of time to get the live shows ready, to get them perfect. Throughout the live tour, we’re always trying to make it better.

Is there one part of the process you like more than the other?
I guess they are each different pleasures. When we’re in the studio it’s very immersive and secluded — it’s just the two of us. You can go a bit loopy but it’s always very entertaining because we get along so well. Then again, it’s always fun to play our music in front of an audience, to share it with people.

What are some of your favourite qualities in an audience?
The thing is, it’s really hard to make rules about audiences. From one show to another, from one year to another in the same city, it can be really different. But it’s obviously more enjoyable to play at an open-air festival rather than in warehouses. It really depends, when you play at an open-air festival, it’s a bit more joyful. When you play in a club venue, it’s more intense. Everybody is… not ‘traumatised’… but we can really get them.

A trip to New Zealand means….
Well, first of all, it’s the longest flight ever. We haven’t spent that much time in New Zealand but this year, hopefully, we’ll be able to get around a little bit. The craziest memory we have from New Zealand is when we were first on tour there, 10 years ago. Some of the set-up for the live show got lost in the freight, we had the guys from Weta Workshop to build a new set in the afternoon, just before we played.

Is there any one song that gets an audience going the most?
I guess it’s something we don’t really do on the albums, but we have a song called ‘Chorus’, which we make a really extensive version when we play it live. We can get people into a kind of techno-trance… everything is going very fast, we have segments of different songs coming one after the other. On this song, we try to make it last for as long as possible to really get people going. It’s a bit less frantic than the rest of the show but it’s more prolonged.

Your music is pretty ambiguous sounding in a way that suggests you aren’t phased by trends, but are there any fads in dance music or any other genre that you are either adopting or avoiding at the moment?
Well, we are listening to a very wide spectrum of music. For example, I really love what King Gizzard and the Lizzard Wizard are doing with their microtonal music — that kind of Arabic sounding psychedelic rock. I think it’s a really interesting direction. I’m not saying that that’s going to translate into Justice’s music but I really like it anyway.