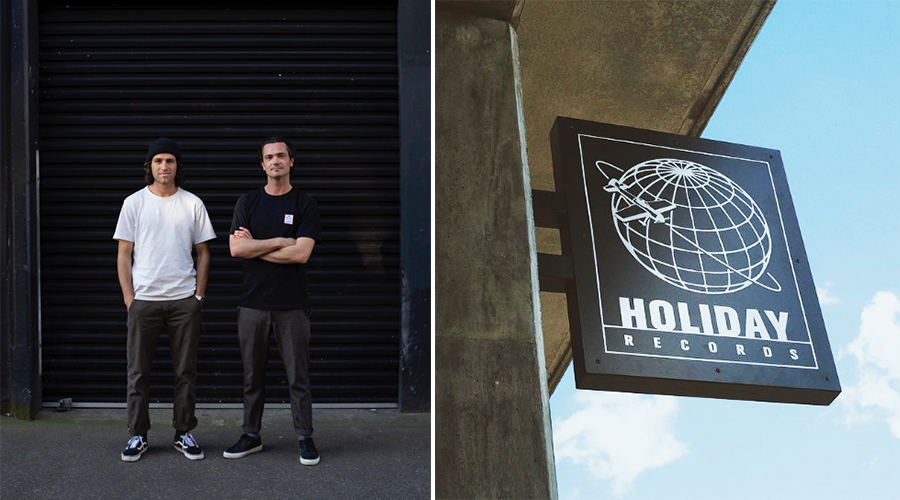 The boutique that fronts the project [...] will serve as a veritable mecca for both longtime record devotees and newbies.

They say that cultural phenomena nearing extinction almost always experience a resurgence. Film photography is one example, letter-writing is another. Both art forms have stared down the barrel of obsoletion following the proliferation of iPhones, digital cameras, Facebook and the Internet, and currently hang onto the present with a firm but white-knuckled grip. Another cherished technology naturally lumped into this category is vinyl. But Ben Wallace disagrees. “Vinyl has never really gone away,” he affirms when speaking of his impending venture with friend and business partner Joel Woods, a central city record store that will also house the country’s only record press.

A muso himself, the idea was born from Wallace’s desire to press some vinyl for the (self-described) ‘small-time folk band’ he is in (The Rambling). He was ‘shocked and saddened’ to discover this couldn’t be done in New Zealand, thus galvanising an endeavour to bring vinyl culture back to New Zealand. The boutique that fronts the project, called Holiday Records, will serve as a veritable mecca for both longtime record devotees and newbies with a personally curated selection of new records and listening miscellany on offer.

On their research trips to North America, the pair came to realise just how viable the niche project was. Industry insiders — producers, studios, lathe cutters, enthusiasts, and those in the business of pressing records — explained how supply simply could not keep up with demand. And the people driving that demand aren’t necessarily who you’d think either. According to Wallace, “kids from as young as 12 years old make up a significant portion of the clientele in record stores today. They’re buying Black Sabbath and Green Day Dookie records alongside the wily old dudes (and women) who have always bought their blues and jazz records on vinyl.”

When asked what he thinks drives this newfound appreciation, Woods explains that although the digital age has undoubtedly made music more accessible for everyone, it has simultaneously taken away so much of music’s tangible and artistic qualities. “We don’t think the vinyl resurgence is only about the nostalgia for the older generation or the perceived ‘old-school cool’ for the younger generation, it’s about people’s genuine engagement with music.”

According to Wallace and Woods, the act of listening to vinyl goes further than removing a record from its case, placing it down on the platter, and dropping the stylus to let a record play out in its carefully curated entirety (albeit a ceremony unto itself). It’s a visceral experience that goes further. Firstly, you can connect with an album by appreciating the cover art from a canvas much bigger than the thumbnail on your Spotify. Then, there’s the beauty of its distinctly warm sound. And, finally, it’s the act of listening from beginning to end of an album in its entirety, just as the artist intended.

There’s also a spate of anecdotal evidence that bolsters Wallace and Woods’ plight. Socially, they have witnessed scenarios where vinyl has been a vital component. “We’ve seen weddings where the couple has asked those attending to not bring presents, but instead, bring an LP that they can add to their collection,” Wallace says. “We’ve talked to other people who, when having dinner parties, ask their guests to forego the bottle of wine and instead bring a record that can be played during the evening.” It’s further proof of what’s lost when music is reduced to digital streaming as opposed to physical albums, although they perfectly accept that there’s a place for that too.

When it comes to Holiday Records as a store, Wallace and Woods want it to be accessible to everyone, citing the desire to resurrect the culture that surrounds vinyl records above all else. “We want people to be able to come in and not be afraid to ask questions, like ‘How do I put a needle into a groove? What pre-amp do I need? How do I clean it? Etcetera.’ Furthermore, the pair will be establishing a subscription service, called Curate, whereby anyone interested can sign up on their website to regularly receive new albums to add to their collection.

Having successfully parked my theory that vinyl was one of those cute, nostalgic movements subscribed to by hipsters and bona fide musicians, I couldn’t help but think of Steve Jobs who championed the tactile nature of how we compute through his exhaustive focus on the touch and feel of all the products he created for Apple. Jobs recognised how crucial ‘touch’ is to the way we experience culture and technology. What’s more, hearing about the viability of records today gave me some existential relief to know that some things simply don’t need to be constantly upgraded to a better, newer, and often more complicated version.

There’s something about records, perhaps their being a physical touchstone, an upstanding relic of the very fabric of our musical culture, as opposed to something we access exclusively on the cloud, that already has me pegged as a vinyl convert.