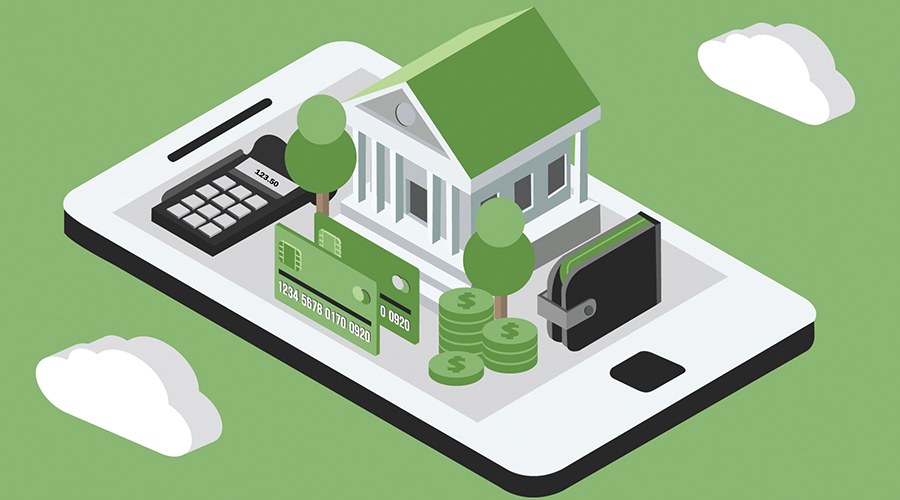 How would you explain social media to someone from the 19th Century? Before you could wax lyrical about memes and #oversharing, you would probably have to get them to wrap their heads around what a computer is, then the internet, then maybe you could start describing the intricacies of untagging heinous photos and embarrassing wall posts from Mum.

If you didn’t already hazard a guess, FinTech is short for Financial Technology and in a nutshell it is to finance and banking what social media is to computers — a service and/or product that has developed faster than the traditional industries around it, transforming how we think about and interact with money. PayPal, Bitcoin, even your bank’s smartphone app are all examples. But what of it? How is FinTech going to affect your life? Well, here it is. An explanation of FinTech from a guy whose idea of financial management is ignoring private numbers on his cell phone (shoutout to Baycorp one time).

How?
Once upon a time, you needed heaps o’ cash to start a financial services company. There are plenty of reasons for this, but one of the main ones is regulation. Rightly so, you need to comply with lots of laws and rules when you’re dealing with other people’s money which means you need robust and expensive processes and systems in place. But the cost of doing this has been smashed with the rapid and ongoing evolution of technology: algorithms, APIs (app programming interfaces) etc. Now, with the right idea and some half decent code, you can create an app that can do what used to take, like, tonnes of nerds a lot of time and money to do.

One example of this is Sharesies. Conceived by seven mates based in Wellington, Sharesies sought to democratise stock market investing by lowering transaction rates. Sonya Williams, one of the company’s founders, explains how it works: “We were able to build on the latest technology and what this means is that it doesn’t cost us any more to have 10,000 customers with $50 than it does to have one customer with $50,000.” Before Sharesies, it could cost as much as $30 for an amateur to make a single trade on the stock market. By comparison, Sharesies charges you a yearly fee of $30 to make as many transactions as you want.

Another example is global money transfer app TransferWise. Where my bank currently charges me $15NZD to transfer $1000NZD from my ASB account to a Japanese bank account — and that isn’t a percentage of the money being transferred, it’s just an arbitrary fee — TransferWise would cost me $8NZD. Oh yeah, and it transfers at the most competitive live exchange rate (2.3% more competitive than ASB) too. Both Sharesies and TransferWise represent a new wave of financial services that, with no bricks and mortar to service, are able to cut costs and attract customers. But there’s much more to it…

Banks
You know how banks are like, kind of the fucking worst? Exorbitant fees for going into overdraft. Exorbitant fees for using your credit card overseas? Exorbitant fees for stepping into the branch with your left foot first on an odd-numbered minute within an even-numbered hour? Well, lots of FinTech companies are giving a middle finger to banks, their out-of-nowhere fees, and relatively glacial pace of technological development. If it seems odd to you that a company that isn’t a bank can charge less to transfer your money between two banks at a more competitive rate, you’re wrong, it’s not odd. It’s called greed, bank greed, and it’s what’s led to the rapid success of banking startups such as Revolut.

Described as a ‘neo-bank’, the electronic platform does almost everything a bank does, alongside a raft of other services, using an app and bank card combo. The wunderkind company has attracted 1.7 million users in Europe and beyond without any marketing and now has its sights set on New Zealand. Catering to the needs of the global citizen with free currency exchange and geo-located pay per day travel insurance, it will be one to watch when it launches locally in September.

Founder and CEO of 1Centre, Miriana Lowrie, who worked in banking strategy before seeing an opportunity to digitise trade credit, says she’s sceptical that the banks will be able to move quickly enough to catch up. “Banks think in three- to five-year strategies and I think that is just too long in the FinTech space. The technology is just moving too fast to think that far ahead.”

As deregulation of the financial sector continues — not in the scary 80s capital markets kind of way, more in the allowing third-party players into the game kind of way — banks will have their work cut out for them to keep up with the young guns… cough taxi industry cough, Uber, cough cough. Only time will tell if their scale and ubiquity will save them.

Crypto
A conversational cul-de-sac for sure. For one thing, don’t listen to anyone who claims to be any kind of authority on cryptocurrencies — it’s just too new, too unknown and too erratic for any kind of legitimate expertise yet. But the concept makes a case for a global currency. Eventually, there will be one, universally run through the internet. Crypto is the beginning of this. It will eliminate the need for banks. It will eliminate the need for TransferWise and Revolut. I will go to India, scan my digital contact lense by looking into my phone (please don’t steal my idea) and we will be transacting in the same currency — without the need for a bank to facilitate the transaction. Straight peer-to-peer transacting is the beauty of cryptocurrencies and it’s a concept that is not going anywhere. If you do want to understand the nuts and bolts, go and watch John Oliver’s breakdown on Last Week Tonight on YouTube.

Open Banking
The United Kingdom just deregulated personal financial data. What that means is that it’s no longer just banks that own customers’ spending profile and data — you can choose to share it with any third party service or company in the hopes of getting a better product or deal. It’s kind of like when Google released their map data and Uber came along and used it to create their (kind of) game-changing ride-hailing app. Andy Hamilton, CEO of The Icehouse says, “If I own my own data and I can share it with five finance companies and say ‘hey, here’s my data, I give you access, have a look at it, and tell me what’s your offer on my mortgage, that’s really, really cool.”

As FinTechs drastically disrupt the way we interact with money, and Generation Y begins to dictate the financial landscape, it’s worth mentioning that it’s not just the lower cost and the increased convenience of said apps that are fueling the movement. A widespread disenchantment with traditional institutions is also being felt in the wake of the Global Financial Crisis and not to mention the ongoing Wells Fargo fake account scandal. People are over the greed and over the establishments that have been the bedrock of society until now. No matter what’s causing my trips to the bank to become more and more infrequent, it’s fair to say the FinTech takeover is well and truly here.

Looking for your new favourite novel? Pick up one of these noteworthy books

10 unconventional Christmas work party ideas that go beyond the usual

Looking to lease a creative office space? Look no further

Beaut day for it. Reclining in style on the 1958 d