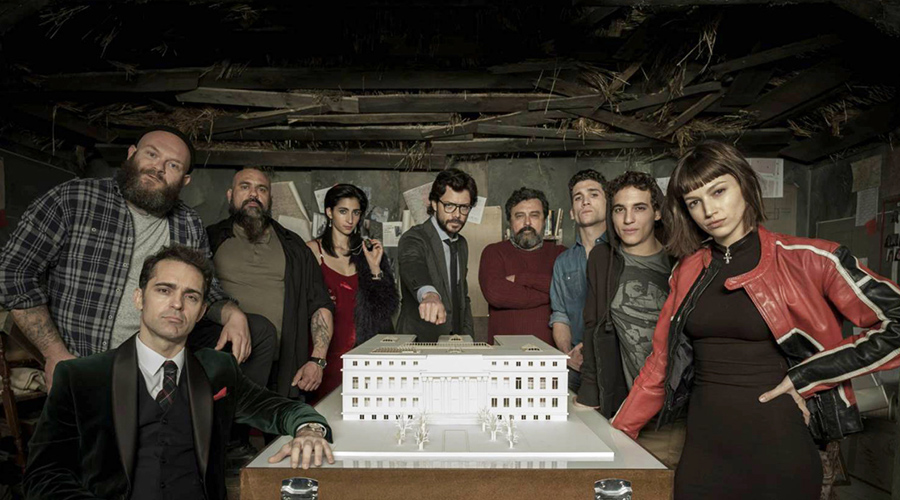 Here at Denizen, we’re always on the lookout for TV series worthy of our screen time. Word of mouth has brought a trio of recommendations to our attention, three foreign Netflix series that are worth reading subtitles for. So if you feel like settling in and getting a bit ‘international’ we can promise you will be rewarded by these gripping titles.

1. La Casa de Papel
A mysterious chap by the name of El Profesor (The Professor) has no criminal record but has scoured his home city in Spain for several years with the aim of planning the perfect heist. He takes on a group of misfits and trains them for six months, eventually carrying out an assault on the Factory of ‘Moneda y Timbre’ to take home 2,400 million euros. Having developed a bond during their training, things get complicated when it comes time to do the deed.

2. La Mante (The Mantis)
A copycat serial killer is replicating the crimes that took place an era ago. Detective Damien Carrot is put on the case, but in an early *spoiler alert* we find out that his mother was the original serial killer — The Mantis. In order to solve the crimes, said detective has to requisition her help. A lot of plot twists make this a wild ride, but the theme that belies the storyline is his relationship with his mother, and how it develops in spite of the grisly circumstances.

3. Marseille
Starring semi-retired French cinema legend Gérard Depardieu, this sinister political drama follows the story of the local government of the titular town. Things get heated when its long-standing mayor, Robert Taro, runs for re-election against his protégé. It’s tacky, French and fabulous all at the same time.

Gucci Lifestyle creates a sense of magic with a chic collection of stationery, games and travel sets for the festive season