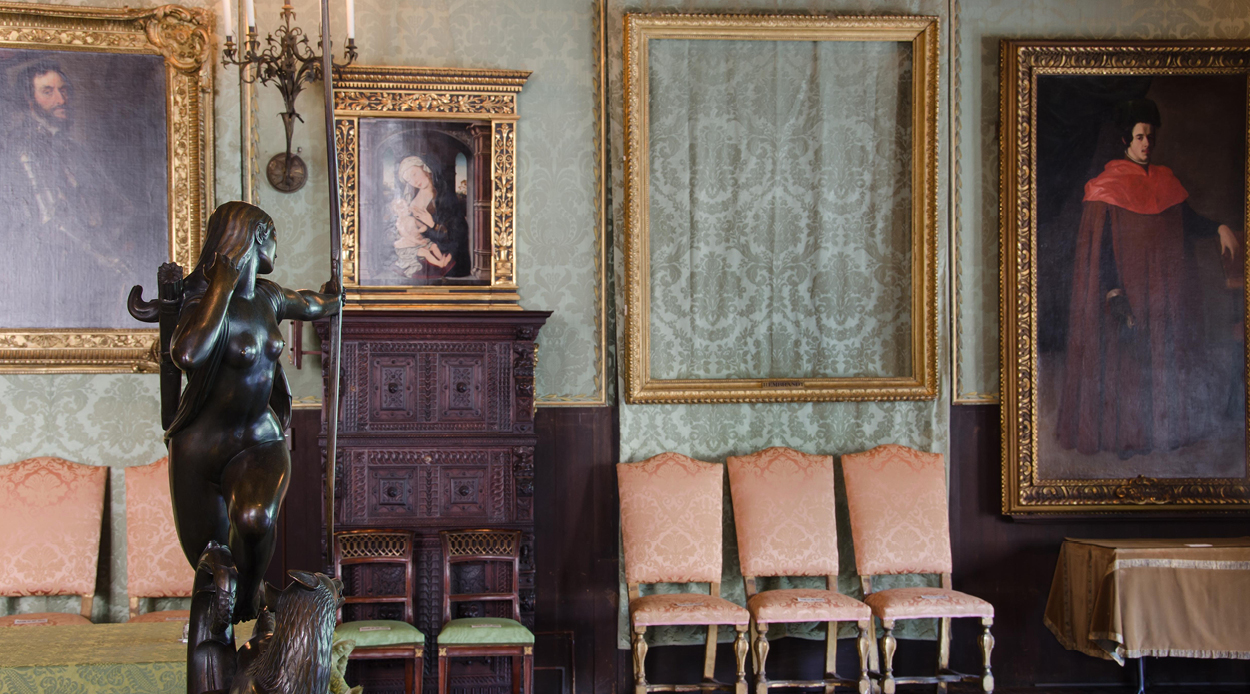 When we think of high-stakes art-jacking, films like The Thomas Crown Affair and Entrapment come to mind — elaborately planned heists that involve dodging a myriad of laser alarms and suspending oneself from the ceiling using a carbon fibre cord in some criminal version of Cirque du Soleil. But that misconception was shattered when a ute drove through the glass façade of the International Art Gallery on Parnell Road in April of this year, stealing two rare Gottfried Lindauer paintings in a manner that was far from sophisticated.

Initial reports in the New Zealand Herald stated: “it was unlikely those responsible had a clear plan” when they permeated the not-so-impenetrable barrier to make off with $1 million worth of art. However, it quickly became apparent that the heist was better organised than originally thought. The rumour mill went into overdrive with potential motives; some suggested reasons of indigenous proprietorship and activism while others scandalously mooted the idea that collectors were involved. A few even mused that they might have been taken as a bargaining tool in the instance that the thieves were charged with another crime, say, large-scale drug possession. In which case, it could act as an insurance or ‘get out of jail free’ card of sorts.

Whatever drove the three individuals to steal the revered portraits of the Chief and Chieftainess Ngatai-Raure, the act brings to light the often complex and mysterious narratives that exist behind art theft. While there is always hope that stolen art will be recovered, it is almost invariably acknowledged as being lost forever. Here, we recap on some of the most notorious cases of art theft in recent history.

Gone in 90 minutes
One of the most significant cases took place via an episode at Boston’s Isabella Stewart Gardner Museum in 1990. It also happens to be one of the most audacious; the robbers simply put on disguises and rang the bell to the back door, gaining entry to the museum during closing hours. The whole thing took less than 90 minutes, sans violence or hi-tech gadgetry. Deemed ‘the biggest’ because of the value, mass, and particularly impressive array of art taken, the estimated value of all of the pieces put together was more than US$500 million and includes artefacts dating back to the Shang Dynasty, Manet, Rembrandt, and Degas. The pieces are yet to be recovered and more than 25 years on, the frames of each still hang in the Isabella Stewart Gardner Museum as a symbol of hope that they might one day return.

The Screamer
In 2004, one of the most famous art heists in recent history happened at the Edvard Munch Museum in Norway. The thieves only stole two paintings, but it was an especially notable feat given the fame of each work: ‘Scream’ and ‘Madonna.’ Their estimated value was US$121 million and poor security measures were blamed. The two paintings were merely hanging on wires on the walls, where they were easily plucked off and carted away. Both pictures were recovered two years later but not without suffering some damage.

Double Whammy
Vincent Van Gogh’s ‘Poppy Flowers’ masterpiece was stolen from Egypt’s Mohamed Mahmoud Khalil Museum in 2010. Worth an estimated US$55 million, a lack of security maintenance was again to blame; 36 of the museum’s 43 security cameras were malfunctioning the day of the painting’s theft. Interestingly, it was also not the first time ‘Poppy Flowers’ had been stolen. In 1978 it was taken only to be recovered 10 years later from an undisclosed location in Kuwait. Today, it remains lost.

Taking out The Trash
‘Le Pigeon aux Petits Pois’ (The Pigeon with Green Peas) by Pablo Picasso was stolen in 2010 from the Musée d’Art Moderne in Paris. Shortly after nabbing it, the thief became nervous and threw the work into a public rubbish bin which was soon emptied and taken away. Authorities didn’t succeed in locating the painting, and it is therefore considered forever lost.

The Mona Lisa
If you’ve ever been to the Louvre and seen Leonardo da Vinci’s ‘Mona Lisa’ you will probably have a difficult time imagining how someone could steal such a well guarded and heavily viewed piece. Yet in 1911, Vincenzo Peruggia achieved the seemingly impossible. Peruggia, a former employee of the Louvre (allowing him to get to the painting unnoticed), was motivated by wanting to return La Joconde to its rightful home in Italy. Two years later, Peruggia was caught trying to sell the painting to an Italian national who reported him to the police. The painting was later returned to its home in the French capital where it has remained since 1913.

Bringing Home The Bacon(s)
Five paintings by British artist Francis Bacon — together said to be worth over an estimated €30 million — were stolen from their owner’s Madrid home during his absence. Said owner is the last known love interest of the painter, from whom he had inherited the works. The thieves left no fingerprints and managed to get away without setting off any alarms in one of the city’s most heavily monitored districts. In May 2016 seven people were detained in connection with the case; accused of masterminding the heist, they are currently on parole. However, the artworks (which are still believed to be somewhere in Spain) were not found until July this year when three of the five paintings were recovered by police.

Showtime
While some thieves choose to act quickly, others choose to act violently. Such is the case of the heist that occurred in 2000 at the Nationalmuseum in Stockholm. The thieves set off a bomb in another area of the city as a distraction tactic to get police thinking the city was under siege. During this time, the raiders went into the museum armed with guns to steal US$30 million worth of Rembrandts and Renoirs. Given the museum is located on the water, in very Italian Job-esque fashion, their getaway vehicle was a speedboat. While the heist was initially successful, with the thieves making a slick exit, less than two weeks later the police had arrested the eight individuals involved and recovered the stolen artworks.

Heading to Tel Aviv? Here’s what to do according to someone in the know