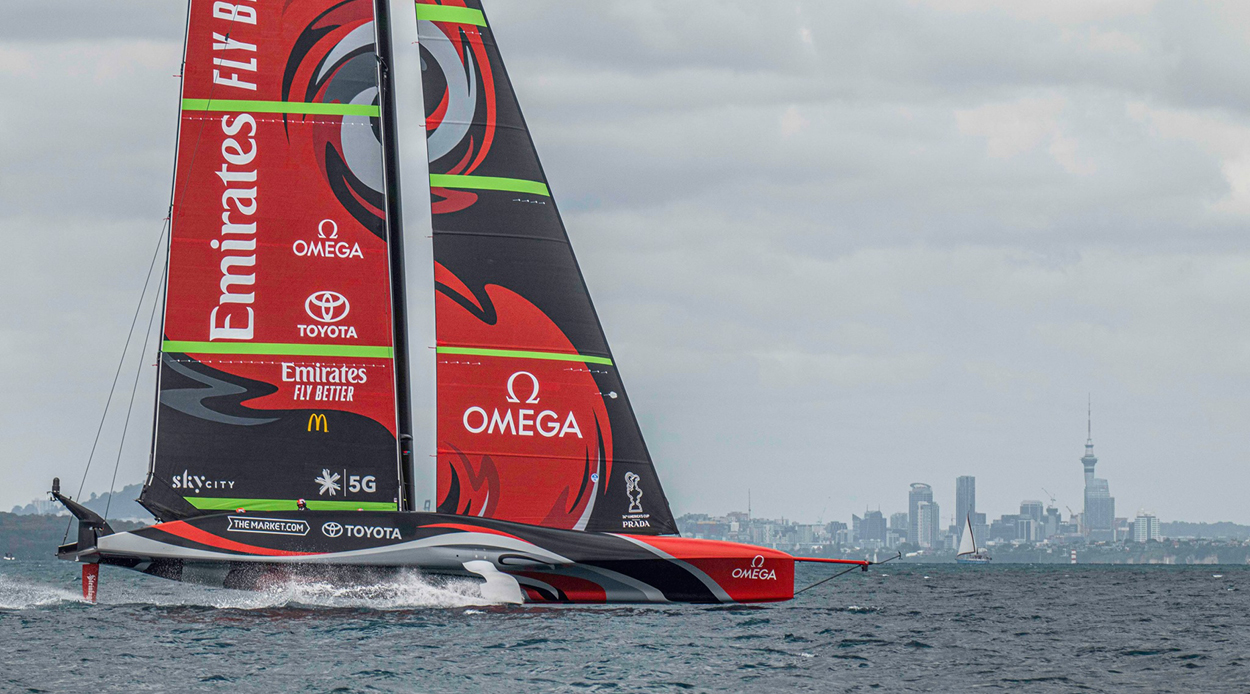 Kicking off what is set to be an exciting summer of racing, the Prada America’s Cup World Series Auckland (Prada ACWS) and the Prada Christmas Race takes place from the 17th until the 20th of December, providing the first chance for all teams to race each other on the new AC75s boats, ahead of the Challenger Selection Series.

Starting on Thursday 17th December (and carrying on across the weekend until Saturday 19th December), teams will race each other for the Prada ACWS, marking the very first race of this America’s Cup cycle. With four races per day of Round Robin competition (where all four teams will race each other), it’s the perfect opportunity to get your first taste of the action. On Sunday 20th December, the Prada Christmas Race takes place, where knock out stages will see two semifinals followed by two finals.

Arguably the best action will be viewed from a boat on the water. But if that’s not an option, we suggest heading down to the official America’s Cup Village where you’ll find TV screens broadcasting the live action, or hitting up one of the many waterfront locations such as Viaduct Harbour, Euro on Princes Wharf , Commercial Bay’s The Poni Room and Saxon + Parole, or securing a spot on the Seafarers’ Rooftop new spot Lobster & Wagyu to get a front-row view of the boats as they pass through the channel.

American Magic
Formed in 2017 by two lauded racing programmes, Bella Mente Racing and Quantum Racing alongside the prestigious New York Yacht Club, this team is hoping to recapture some of the magic that has weaved through America’s storied history with its namesake trophy. Led by Skipper and Executive Director Terry Hutchinson and Boat Captain Tyson Lamond, American Magic is promising to put up a significant effort in its second AC75, Patriot, recently launched in Auckland.

Ineos Team UK
Putting forward a stacked team, Britain will take to the waters in its AC75 Brittania for Royal Yacht Squadron Racing. Backed by Ineos CEO, Sir Jim Ratcliffe, and led by the most successful Olympic sailor of all time, Sir Ben Ainslie alongside Olympic gold medallist Giles Scott in the role of tactician, Team Ineos UK is certainly one to watch. Combined, they have 16 America’s Cup wins and eight Olympic medals between them, a significant degree of experience that could see the Cup handed to Britain for the first time.

Luna Rossa Prada Pirelli team
Leading the challenger charge, from revered Italian sailing club Il Circolo della Vela Sicilia, is the Luna Rossa Prada Pirelli Team, backed by the CEO of Prada Group, Patrizio Bertelli. At the helm, Skipper Max Sirena brings a wealth of experience (this is his seventh America’s Cup) while on the crew, the talented Jimmy Spithill is adding some serious grunt. Originally from Australia, Spithill was the youngest skipper ever to win an America’s Cup when he did so with Oracle Team USA. His drive, paired with Luna Rossa’s pedigree is sure to prove a potent combination.