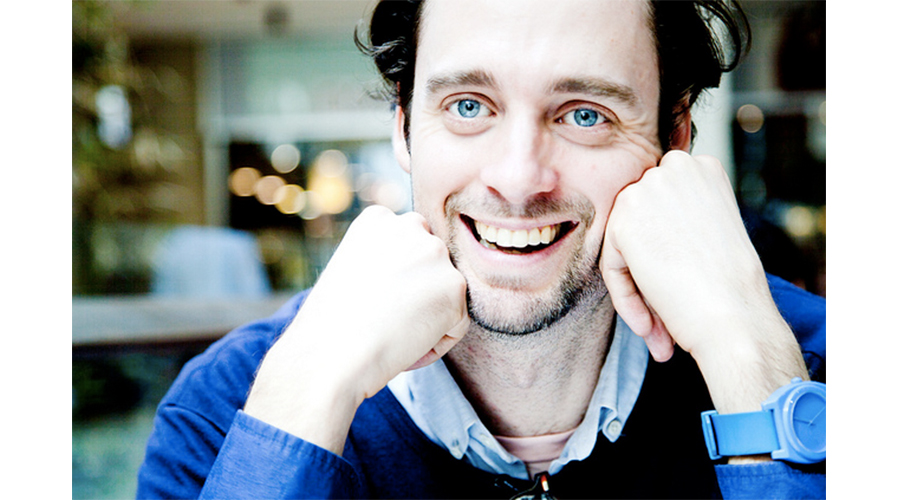 Drus Dryden has captured our attention for many reasons over the past few years. First, we discovered he was the guy behind the website Sensitive Boyfriend which offers a panoply of alternative gifts and services not limited to having breakfast in bed delivered. Then, we found out he was the mastermind behind an event called Dog Walk Dating (which involved people walking dogs — not necessarily their own — to break the ice of a first date). A self-described “ideas person” abounding with many a left-field concept, we caught up with Dryden to talk about what’s next (amongst other things).

1. Explain to us the moniker ‘Sensitive boyfriend’?
I used to work at Butt Magazine, and the editors described themselves as ‘Bossy boyfriend’ and ‘Romantic boyfriend’, so I think that’s where it comes from. Johan (former assistant) called himself ‘Sensible boyfriend.’

2. Last time we caught up, you were busy organising ‘Dog Walk Dating’. What are you working on at the moment?
Dog Walk Dating was fun, but I think I’m the only person who met anyone out of it. Possibly because I was there for four nights straight — “do the Mahi, meet the Frenchie.” It was very admin, wrangling dogs for every night, so we just had to trust that Destiny would match the Future Lovers. But Destiny was busy, and on the last night, there were 9:3 women:men. Focus! This time, more ‘matching’, and less ‘sideshow’ — we’re matching friends/Future Lovers to go to one of five Fringe Fest performances at the Basement Theatre.

3. What motivates you to be a ‘matchmaker’ as such?
I’m an ideas person and I have ‘visions’ about who would work well together. I recently set someone up with a project that I was also working on. But she was so good at the job, that our boss let me go and just kept her on! I just matched one of the Playdate signups (who is flying in from LA!) with a new acquaintance. But then it turned out they were already friends. Bloody Auckland! But I knew I was picking up something…

4. What is the favourite part of your daily routine at the moment?
Supermoons. There was a black cat milling around on Mt Eden, when I was up there, on the big night. The crowd would cheer everytime the clouds cleared.

5. What is the name of the last Spotify playlist you made?
‘Spring.’ I make seasonal playlists like I’m Pasture restaurant. Here is a fave song from January, after reading the autobiography of Nile Rodgers from Chic who are playing Spark Arena, 12th April.

6. Did you make any new year resolutions? If so, how are they going?
I made it to 18 January with my New Year’s resolution, which was R18. If I had made it to February, I had promised myself a membership at my dream gym — the Exercise Room, a 24-hour gym in Parnell. A friend gave me a pass to Rise hot yoga, so that was a consolation prize. I was pumped to attend their ‘hip hop yoga’ class.

7. What are three words you’d use to describe your summer holiday?
Am I sexual? (I usually house sit during the summer holidays, and it was unfortunate that the homeowners returned at 8pm to me wearing boxers and a t-shirt with “am I sexual?” on it, picking herbs from the garden.)

8. What upcoming cultural event are you looking forward to?
Perfume Genius at Silo Park in the Akl festival, 15th March.

9. What is the best gig you’ve been to lately?
Chk Chk Chk at the King’s Arms. The greatest Tuesday of my life. They play ‘body music’ (music that moves your bod) like this track. The King’s Arms is closing its doors, and it’s the only venue in Auckland that could realistically host Chk Chk Chk. Thanks Maureen for keeping the KA open for so long. The Queen is dead, Long live the Queen!

Your current state of mind is…
Cooperative