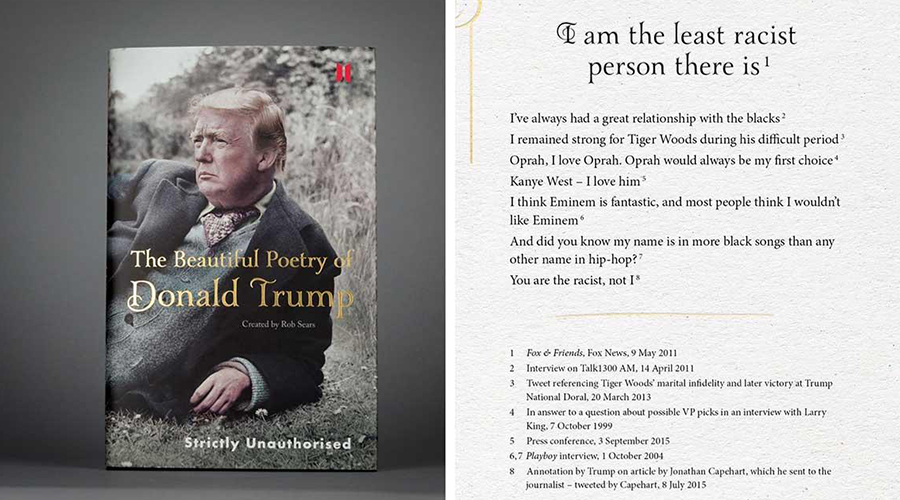 Though he once claimed: “I know words, I have the best words”, President Trump seems to say the wrong thing 99% of the time. And while we can do little but shake our heads as he repeatedly puts his fake-tanned foot in his poorly informed mouth, Author Robert Sears has come up with a more proactive way to vent his frustration; by creating The Beautiful Poetry of Donald Trump.

Reorganising Trump’s best quotes and tweets into a delightful series of poems and haikus, Sears asks the reader: ‘does a poet’s heart beat under Donald Trump’s brash exterior?’ A brilliant, yet terrifying read, it includes a number of Trump’s greatest hits such as “I am the least racist person there is”, “I’m really rich,” and “I have a Gucci store that’s worth more than Romney”. Citing the original source for each line, The Beautiful Poetry of Donald Trump is ‘strictly unauthorised’ and strictly brilliant.