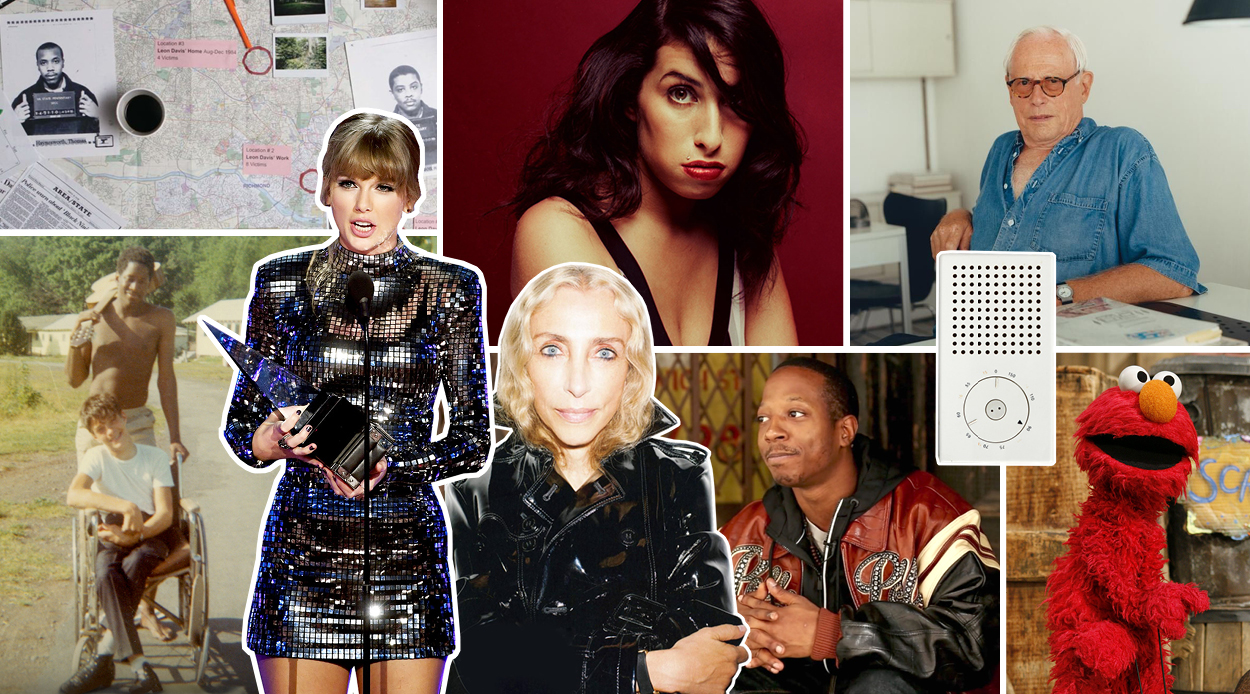 We are on the brink of an information overload about Coronavirus so remind yourself that there are other stories to be told with these high-impact documentaries.

Franca: Chaos and Creation
In the slew of fashion documentaries released in the past decade, this look at the late Vogue Italia editor by her son Francesco Carrozzini flew under the radar. Franca Sozzani’s singular vision, independence and enigmatic humour are captured lovingly in this captivating tribute.

Crip Camp: A Disability Revolution
Produced by Michelle and Barack Obama, Crip Camp is a surprise package that begins by focusing on a camp in the Catskills for physically and mentally challenged teenagers. Rather than manipulate your emotions, this documentary directed by former camper Jim LeBrecht and Nicole Newnham takes you on a journey for disability rights in the seventies. It’s a masterclass in people power.

Rams
This look at the life of modern design great Dieter Rams who created significant work for Braun, Oral B and influenced Apple design chief Jony Ive. The most surprising moment is when the 86-year-old declares, “If I had to do it over again, I would not want to be a designer,” he says. “There are too many unnecessary products in this world.”

Miss Americana
Taylor Swift’s song lyrics usually spell out what’s happening in her life but with this documentary she wants to show us even more. The title is also a track from Swift’s Lover album. “No cameras catch my pageant smile / I counted days, I counted miles,” she sings, but here the cameras follow her. We see Swift’s rise to stardom, her political awakening and try to absorb the downfalls of being so rich and famous.

Time: The Kalief Browder Story
Endorsed by Zendaya , this six-part series looks at the psychological breakdown of a teenager on the infamous Rikers Island. The great tragedy is that Browder was never convicted of a crime, spending three years in jail. The gripping series looks at how Broder’s life was stolen from him by a corrupt system. In 2017 NY mayor Bill de Blasio vowed to close Rikers Island but it is still operational, recently hosting Harvey Weinstein.

The Innocence Files
Sticking to the theme of wrongful convictions, The Innocence Files is a nine-part series that looks at wrongful incarceration, the misuse of forensic science, false eyewitness testimony and misconduct prosecutors that resulted in people losing decades of their lives behind bars. After nine hours it’s hard to hold onto your faith in justice.

Amy
Even five years later this Oscar-winning look at the life of Amy Winehouse leaves you mourning the singer’s tragic demise. Director Asik Kapadia conducted more than 100 interviews with Winehouse’s family, friends and hangers-on to create a truly personal look at the troubled talent. Expect to have Winhouse at the top of your playlist in the following days.

Becoming Elmo
A look at puppeteer Kevin Clash, narrated by Whoopi Goldberg, emphasises the wonder of make believe. Clash worshipped Jim Henson, eventually rising through the Baltimore puppetry ranks to work for his idol as the fifth operator of Elmo, helping propel the ticklish red one to international fame.