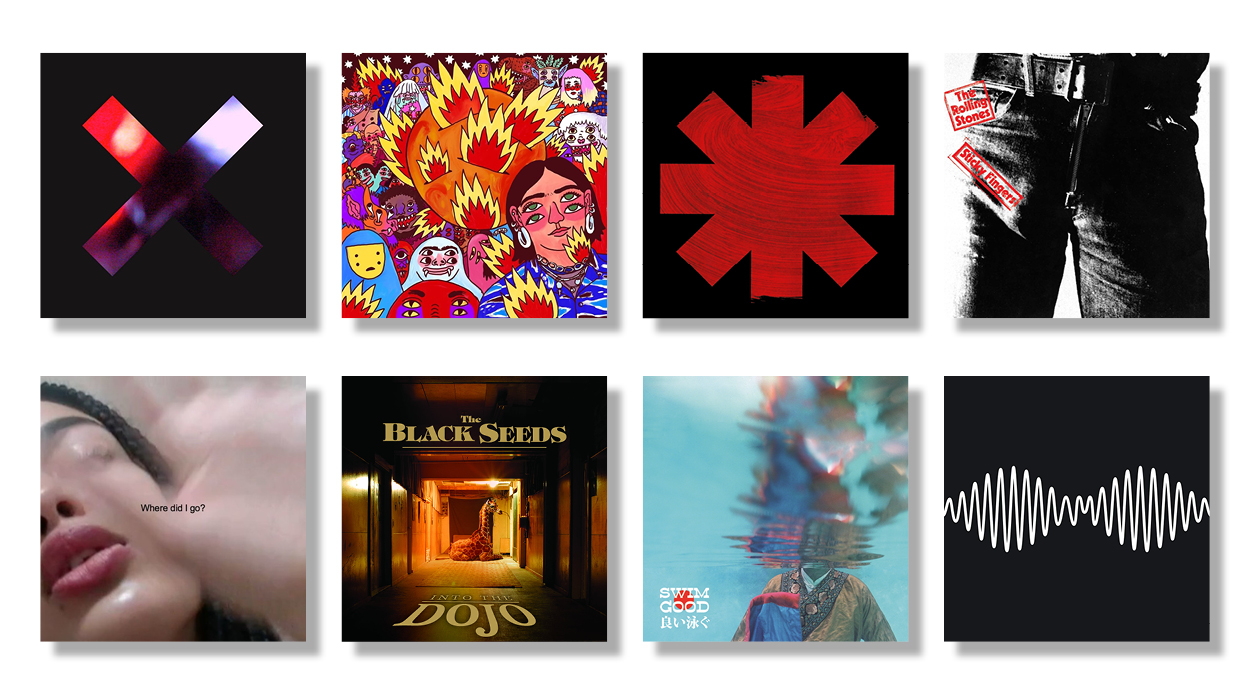 Now that summer’s fast approaching we thought it high time to compile a few lists of songs that we really think you should be adding to your new-season playlists — welcome to Denizen’s Ultimate Summer Playlist, a series.

For fear of letting you get too ahead of yourselves (it’s still November, after all) we’ve decided to kick off the series nice and slow. Best at helping you wind-down, switch off and maybe indulge in a midday nap or two, these tracks are more catered to early morning brunches or lazy afternoons at the beach than they are raucous pool parties…. but we’ll get there. Tune in in two weeks to see the next instalment.

The XX — Crystalised
Still remarkably fresh-sounding despite its 2009 release date, ‘Crystalised’ is a hair-raising tidal wave of avant-garde synth-pop whose longevity remains unwavering — an essential in any chill-themed playlist.

Velvet Negroni — Confetti
A track from Velvet Negroni’s Neon Brown, ‘Confetti’ fuses modern R&B with classic soul to produce something packed with soft, ghostly dub beats. It’s a tune that can be played on loop without the listener ever getting exhausted.

Fleetwood Mac — Songbird
Despite being written by Christine McVie in just 30-minutes, this hauntingly beautiful piano ballad still remains to be one of Fleetwood’s Mac’s greatest hits. Pure, soft and particularly sweet.

Alex Ebert — Truth
Singer-songwriter and musician Alex Ebert (of Edward Sharpe and Magnetic Zeros fame) lays down his lyrics in a rapping format over an impossibly tasteful folk beat in this genius folk-hip-hop hybrid.

Childish Gambino — L.E.S
With ‘L.E.S’ Donald Glover revels in the over-exaggerated, cartoonish, non-conformist-ness that’s so widely used across his Camp album. It’s still distinctly Gambino and Camp, and fantastic for it, but far more subdued and (relatively) brunchtime-appropriate.

The Stranglers — Golden Brown
A song that continues to get better and better with age, on ‘Golden Brown’, The Stranglers’ frontman Hugh Cornwall conjures up a tranquil atmosphere via charming harpsichord and ambiguous lyrics.

Jorja Smith — Where Did I Go?
Forever soft, soothing, deep and heartfelt, any number from Jorja Smith’s visionary Lost & Found serves as perfect background noise for those sun-induced, midday beach naps. ‘Where Did I Go’, specifically, is deliciously mellow.

Noel Gallagher’s High Flying Birds — If I Had A Gun
Kicking off with the lyrics “If I had a gun, I’d shoot a hole into the sun, and love would burn this city down for you,” ‘If I Had A Gun’ is decidedly romantic, emotionally uplifting and, perhaps annoyingly for Noel, very much like a soft Oasis track (ie: great).

Frank Ocean — Swim Good
All of Frank Ocean’s songs deserve their place on summer chill playlists, but ‘Swim Good’ especially so. Its belter of a sing-a-long chorus and ocean-themed lyrics make it a seasonal no-brainer.

Rhye — 3 Days
From the opening glissando of harp onto the breathy “ohhhh, I’m famished,” right up until the end of the song, ‘3 Days’ is alluring and silky and soulful — all the things a relaxing summer track should be.

Lana Del Rey — West Coast
Having been produced by The Black Keys’ Dan Auerbach, West Coast is a genius fusion of Auerbach’s gritty rock and Lana’s instantly recognisable, haunting vocals. You’ll find it hard not to move some part of your body to the pulsating rhythm.

Bob Marley & The Wailers — Sun Is Shining
What’s a summer playlist without Bob Marley? Incomplete, that’s what. ‘Sun Is Shining’ is beach-ready reggae at its finest: optimistic lyrics paired with a feel-good beat.

The Rolling Stones — Wild Horses
Taken from The Stones’ Sticky Fingers album, ‘Wild Horses’ is a strong ballad with an emotional bent, one that still packs a punch almost half a century after it was first released.

Groove Armada — At The River
Groove Armada’s ‘At The River’ oozes summer laziness with its epic bassy tune and that distinctive trombone riff. The unlikely vocal sample of Patti Page’s ‘Old Cape Cod’ — “if you’re fond of sand dunes and salty air” — adds the cherry on top of an already stellar song.

The Beatles — Here Comes The Sun
Cliché, admittedly, but an effortless, timeless tune that tops every summer playlist list for good reason — one that, subsequently, needs no introduction.

Red Hot Chilli Peppers — Road Trippin’
It’s wonderfully simple, but the finger-picked guitar and soothing Kiedis vocals make ‘Road Trippin’ a preeminent song from the band’s Californication. Road trips go hand in hand with summer, after all, and that’s a good enough reason as any, we think.

The Black Seeds — Cool Me Down
New Zealand band The Black Seeds deliver a celebration of summer-living set against a backdrop of soft, reggae beats. It’s impossible not to get on board with the easy-breezy “tide rolls out, tide rolls in.”

Eagles — Hotel California
Dapperly smooth and laced with that distinguished West Coast sound, ‘Hotel California’ is an enduring song that continues to stand the test of time like no other.

The winner of The Innovator Award, presented by Chivas Regal — Tim Brown

Beach Etiquette — Your guide to acting beachside appropriate this summer