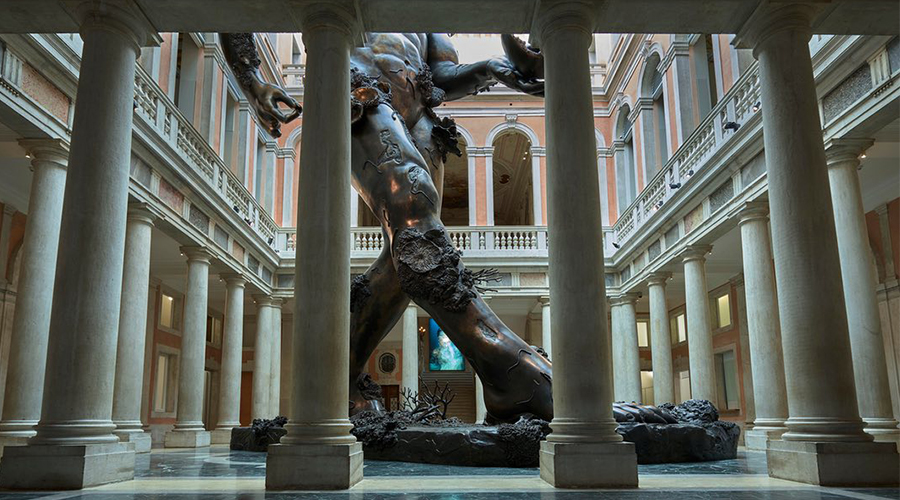 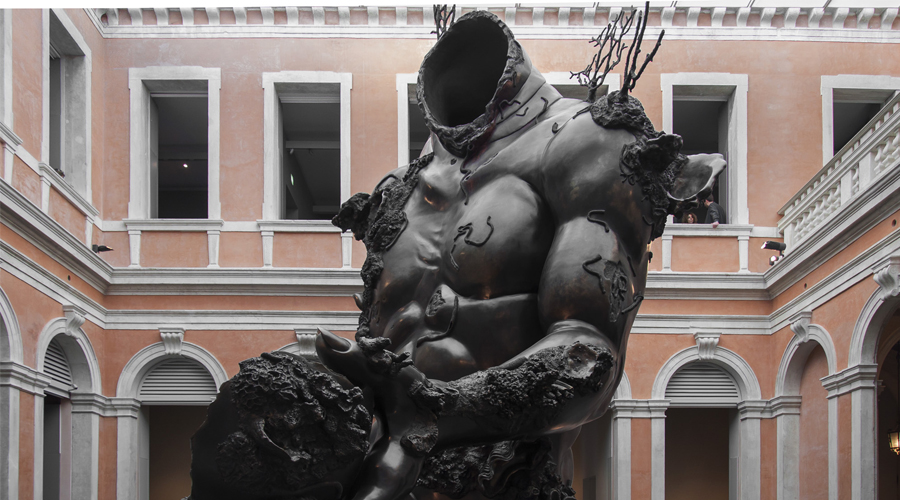 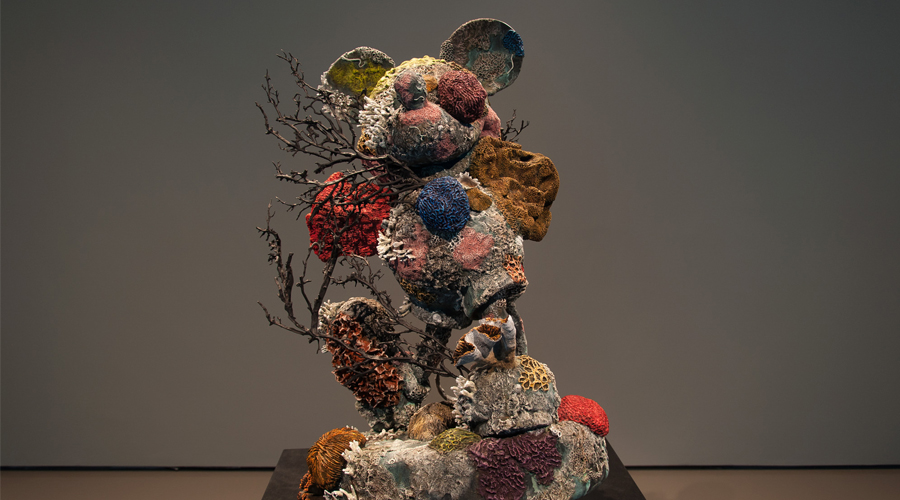 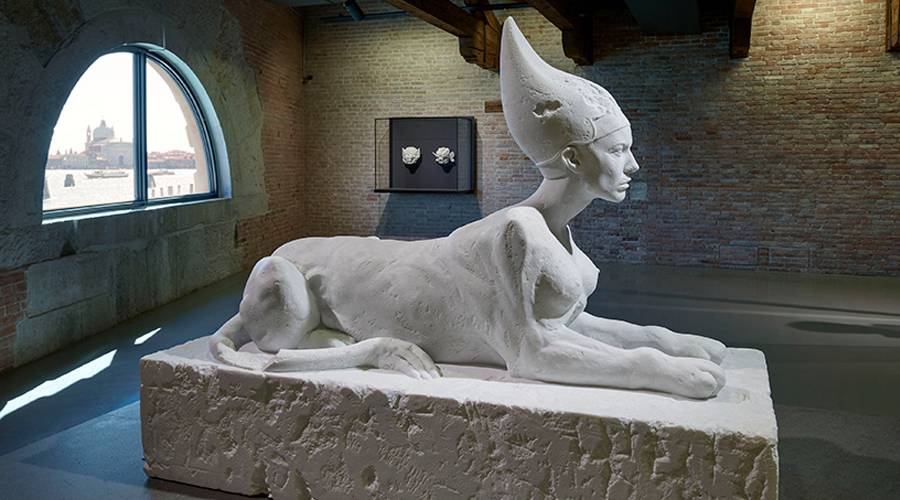 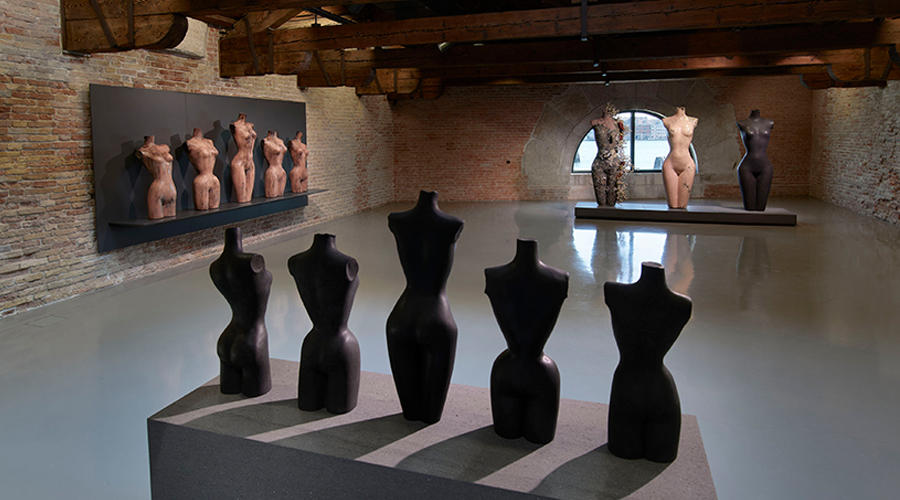 He’s the contemporary artist known for pickling a 14-foot tiger shark, but it is Damien Hirst’s latest solo exhibition at Venice’s Palazzo Grassi and Punta della Dogana that is being heralded as the most ambitious yet. Almost 10 years in the making, ‘Treasures from the Wreck of the Unbelievable’ centres around the artefacts Hirst helped to recover from the sunken wreckage of the Apistos treasure ship, found off the coast of Africa in 2008. Of course the premise is completely fictional, but the tale it weaves of a 2000-year-old collection, once owned by freed slave, Cif Amotan II is wonderful — as are the ‘artefacts’ that come with it.

Egyptian statues, Medusa’s head, a skull of Cyclops, Greek armour and Aztec sun stones, there’s even a piece that bears an uncanny resemblance to Disney’s Mickey Mouse. Spotlighting myths from across the world, some pieces are swathed in coral from their centuries spent on the seabed, while others have been restored to their ‘original’ glory. Displayed alongside videos of the salvaging mission Hirst and his team undertook, the sheer scale is a feat in itself.

Being lauded as ‘genius’, ‘unbelievable’, ‘arrogant’, ‘revolting’ and just about everything in between — take a moment here to recognise that Hirst is essentially imitating some of the most significant global artefacts — whether you love it or hate it, the fictional museum is an absolute triumph.

Inject a little culture into your weekend with these 5 exhibitions

The most notable installations you missed at Art Basel 2016

Exhibition: Artefacts of the digital world