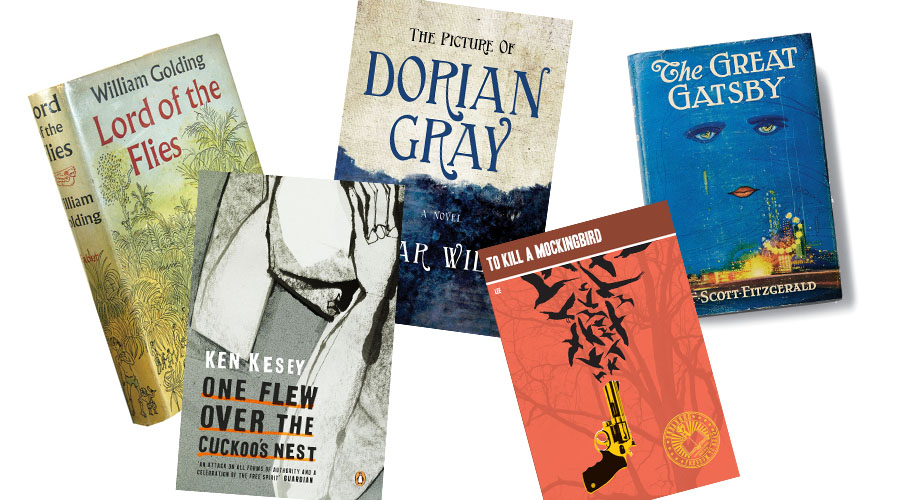 We all have that one novel, a much-loved treasure that is devoured over and over until the dog-eared pages become a permanent fixture in one’s brain. Like a dear friend, a good book is a confidant, an adviser, a laugh inducer, and a loyal support system. It can work as a time machine or a compass — giving an insight into another country, another time, another world.

The greatest books of all time are defined as classics due to their profound impact on literary fiction. Their universal themes, perspectives, emotions, experiences and characters still resonate with people years after they were published, and the questions they raise are just as relevant today. We recommend ditching the Kindle and picking up the paperback, for lapping up a physical book is an experience unto itself. Here’s our pick of the top 10 classic novels everybody should read at least once in their lives.

1. 1984
Almost 70 years after the book was first published, George Orwell’s vision of a dystopian, totalitarian world couldn’t ring truer. The narrative spotlights our current political climate and is more accurate today than ever before. Currently being performed via a stage-adaptation as part of the Auckland Art Festival, there’s no better time than now to revel in Orwell’s eerie tale.

2. The Great Gatsby
As we follow Jay Gatsby, the mysterious millionaire, and his romantic obsession with a former debutante, Mrs. Daisy Buchanan, F. Scott Fitzgerald dabbles in themes of social upheaval, materialism, excess and change — all the while making us wish we could have been a part of the glamorous roaring twenties.

3. Pride and Prejudice
One of the most critically acclaimed novels of all time, Jane Austin’s romantic work tells the tale of two characters who conquer love in a world embroiled with aristocracy, hierarchy, courtesy and rules.

4. To Kill A Mockingbird
A worldwide phenomenon, Harper Lee’s revered novel highlights the profound racial injustice and inequality during 1930s Alabama, subsequently casting a light on the race issues which continue to divide America years later.

5. Lord Of The Flies
Lord Of The Flies follows the shortcomings of a group of boys who become marooned on a remote island. Once best friends, it isn’t long before their seemingly idyllic existence plummets into a nightmare, as they become increasingly savage and primitive.

7. Frankenstein
Mary Shelley’s renowned novel is a story like no other, a gothic tale that has been continuously reworked and rewritten due to its monumental impact on literary history. The novel inspires readers to question what really makes us human while exploring themes of responsibility, isolation and romance.

8. Wuthering Heights
Emily Bronte’s only novel has become a much-loved classic in English literature. A cataclysm of revenge and hatred is spurred on by the contrast of passionate love, creating a tortuous tale that is just as gripping over 150 years after it was published.

9. One Flew Over The Cuckoo’s Nest
Randle Patrick McMurphy fakes insanity in a bid to escape the restrictive prison farm for a more easy-going environment, before realizing that the idyllic psychiatric ward is instead rife with abuse, manipulation, and unorthodox medical treatments. The battle of power between McMurphy and the adamant Nurse Ratched makes for a compelling story, one which simultaneously questions the ethics of the institutional process and the moral standards of the human mind.