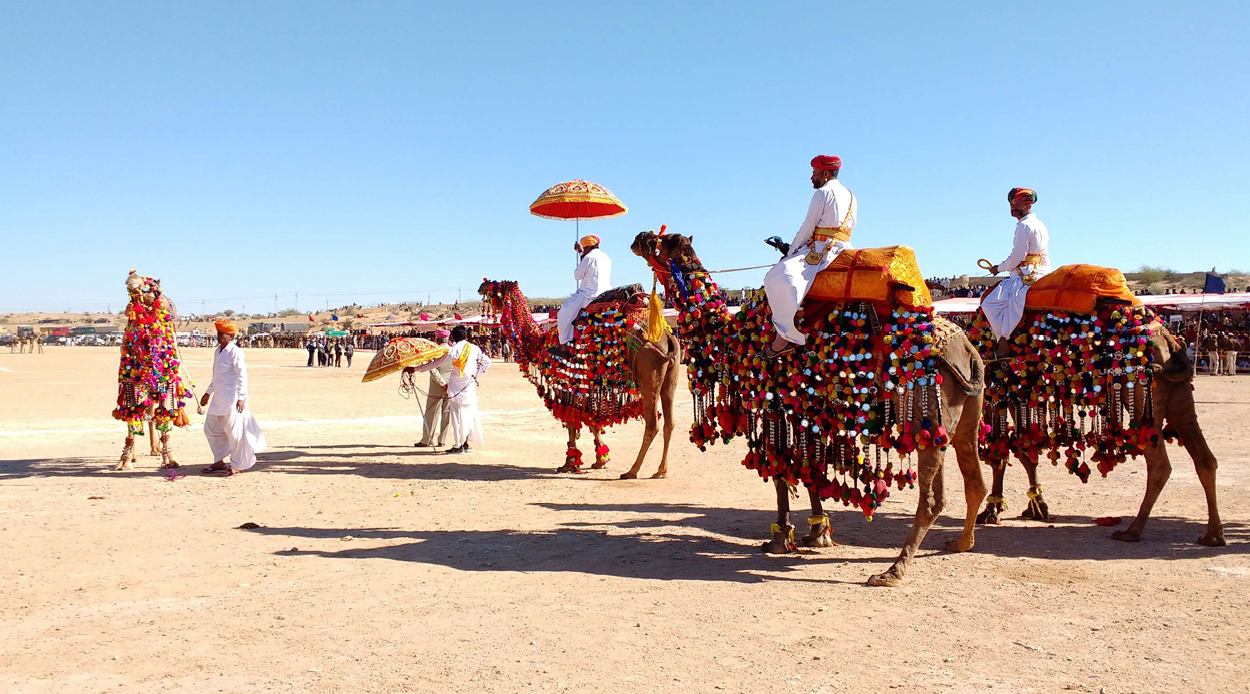 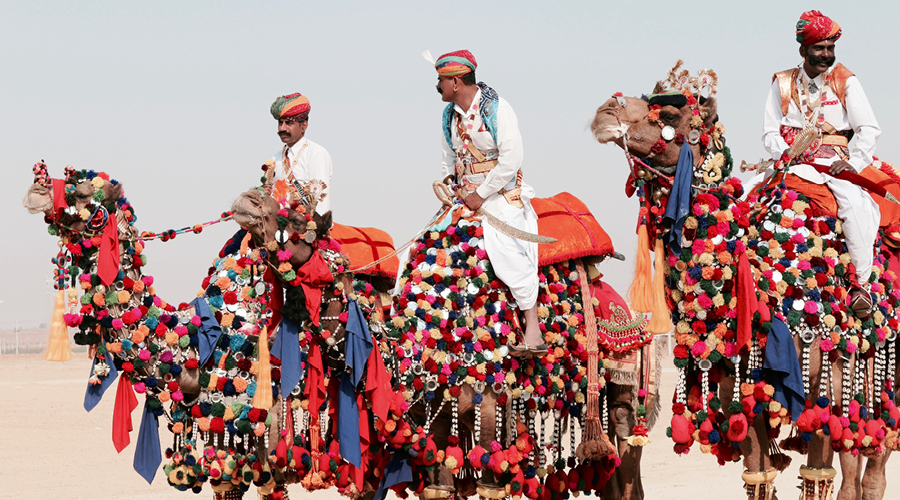 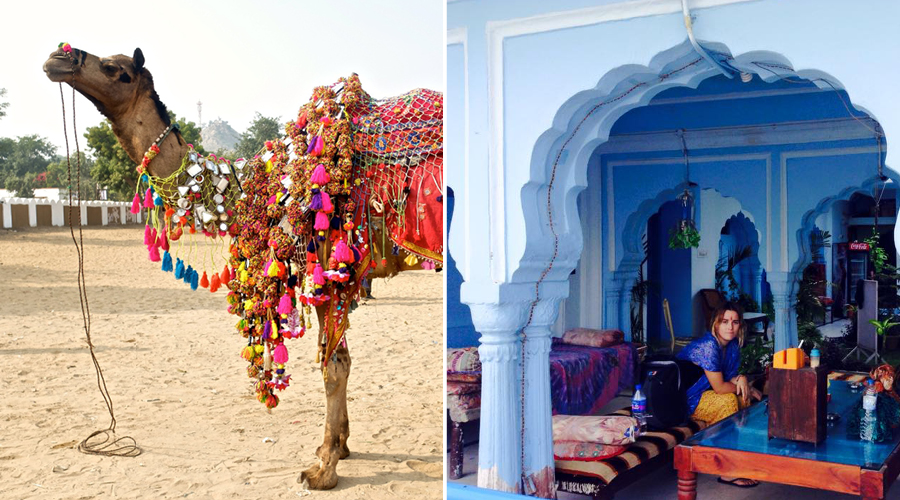 We never intentionally planned to visit Pushkar. In fact, there wasn’t one part of our trip to India that was particularly well thought out. My friends and I knew of only a few places we wanted to tick off. We would begin in the sacred mountains of McLeod Ganj, before making our way through the tourist hotspots of Delhi and Agra, and then on to the desert, Goa, before ending in the hippy town of Hampi. But in the middle of all of this, we found ourselves in Pushkar. And it turns out the picturesque town that surrounds a lake was just what we needed after wading through crowds of people at the Taj Mahal. To get there, we headed west from Agra, through the ‘Pink City’, Jaipur, and on to Ajmer, knowing something a little bit different awaited us.

Pushkar is a pilgrimage town that sits on the border of the Thar Desert in Ajmer, Rajasthan, a north Indian state that neighbours Pakistan. Over one million people visit the town annually, many of whom are devout Hindus who come to pray. It is believed that Brahma, the Hindu Creator God, dropped a lotus flower many moons ago, which, in turn created the lake around which Pushkar was built. Whatever it may be, there is an obvious sense of spirituality that emanates from every corner shop, from the curled up edges of the mouths of elderly women peering out of their windows, to the cheeky children dancing in the streets; it makes everything feel so alive, and this was all before the 30,000 camels showed up.

We had unintentionally arrived shortly before the renowned Camel Fair was due in town. Known locally as Kartik Mela, the annual event is held over nine days in November and was originally intended for local cattle, horse, and camel traders to do business. It has since become a touristic event that attracts hundreds of thousands of visitors each year. Having only dedicated a couple of days to the town, extending our stay was a no-brainer.

Surprisingly, there were plenty of hotels, guest houses and private rooms to choose from, but they were offered at a significantly more expensive price than usual. We ended up at Hotel Bharatpur Palace thinking, ‘a palace, how fab’, even though one look at booking.com showed us that the word is bandied about as much as the thought of India brings to mind the Taj Mahal. Our abode was perched on the edge of the lake; prime real estate for the views and for the daily 4am wake-up calls from the cows, their bells and the morning prayer and music that accompanied them. During the festival, special luxury camping sites are set up, but we got the best of both worlds by being in the town centre and only a 15-minute walk from the fairground, where the logistical side of the Camel Fair takes place.

We had settled in, and with the knowledge that the entire town would soon be taken over by even-toed ungulates, were pleased with our choice and its proximity to a restaurant that soon became our go-to thanks to its fresh, daily offerings of ‘westernised’ fare, Honey & Spice. That being said, there are plenty of delicious options for food in Pushkar. The markets are full of stalls that offer local delicacies such as falafel, samosas, parathas and lassis, and vendors come from near and far to peddle their delicacies during the festival. A stand-out eatery in the middle of the market district was Ganga Laffa Restaurant which served all sorts of wraps with fresh juices and complimentary chai tea. We would often choose places to eat either based on reviews we found online or the type of people already in the restaurants. Our general rule when travelling through India was, the more tourists in a place, the more likely the food will agree with you.

The festival is separated into two parts; trading and religion. In the first couple of days before the ‘official’ start date, the town begins to fill up with traders. This is when you should plan to arrive if you want to be in the thick of it all. Use the opportunity to stroll the sand dunes and take photos before every man and his camel takes over. The following few days are dedicated to a myriad of activities that include camel races and camel rides — and just as you are likely to dress up in a mishmash of colour for your annual excursion to Splore, the camels don their most colourful attire for the occasion. There is lots of music, food and craft vendors, moustache competitions, and plenty of people-watching to keep things interesting. The latter part of the festival is when pilgrims arrive. They are all there to honour Lord Brahma, so expect hymns, religious ceremonies, and on the final night, the night of the full moon, they will bathe in the lake to absolve themselves of sin.

It isn’t necessary to stay the entirety of the fair, as there are different elements which may appeal more, but if you’re after some cultural enlightenment, my best advice is to arrive in the middle and stay until the end. However you do it, make sure it’s in this lifetime,  because it is some of the most exhilarating, exciting and emotional travel you will ever do.