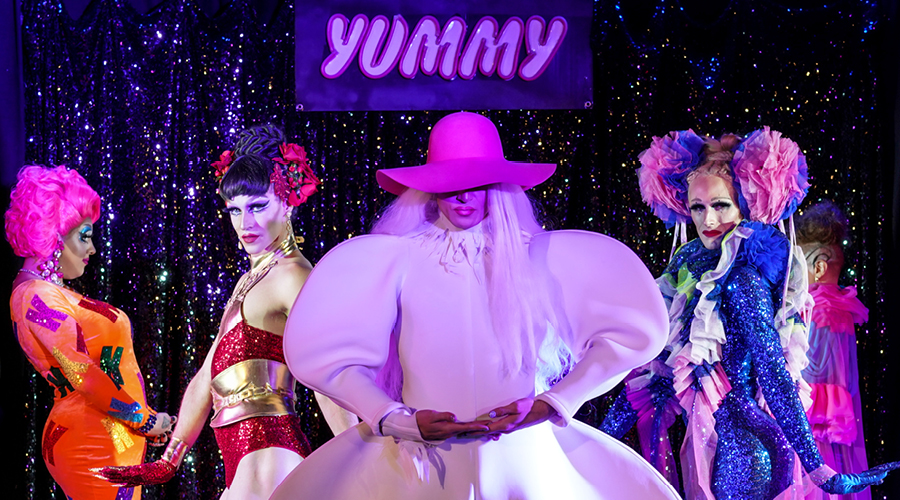 Don your sequins and dust off your bustiers, because the roaring razzmatazz that is the Auckland Live Cabaret Season is coming back to The Civic. The grand dame of cabaret and musical theatre — a building that is now in its 90th year — has had a conveyor belt of show-stopping talent ever since Freda Stark first took to the stage in the 1920s, but this year, it’s set to showcase an unprecedented line-up that is sure to leave a lasting impression.

On from the 11th until the 16th June, this year will see nine electric shows delivering cabaret, musical theatre and immersive experiences — all kicking off with the musical extravaganza Delicious Oblivion, on the 11th. Starring Jennifer Ward-Lealand, the theatrical production will explore the musical experiences of 1920’s composer Kurt Weill and his contemporaries, in a fierce reimaging of the Berlin cabaret songbook. The melodies performed — all bitingly honest and delectably profane — hark back to yesteryear, counting classics such as Mack The Knife and Surabaya Johnny amongst the blinding line-up.

Of course, cabaret isn’t cabaret without a spellbinding diva or two, and this season’s medley of vivacious personalities are set to be some of the best the stage has seen. The Heels Are Alive, performed by eclectic group Fine Fatale, will be bringing a unique, Pacific flair to The Civic via a delightfully risqué evening of song and dance, while Reuben Kaye — winner of the Green Room Award for best cabaret actor — will be turning it up another notch with a dose of filthy humour. In what will be his first time on New Zealand soil, Kaye — a worldwide renowned performer — will delight, shock and excite in equal measure with his lavish storytelling and superstar singing.

Exuberant personalities, side-splitting shows and moments that will be impossible to forget (even if you wanted to) — you’d be a fool to miss this year’s selection of sublime cabaret entertainment, click here for a full look at the enthralling line-up.