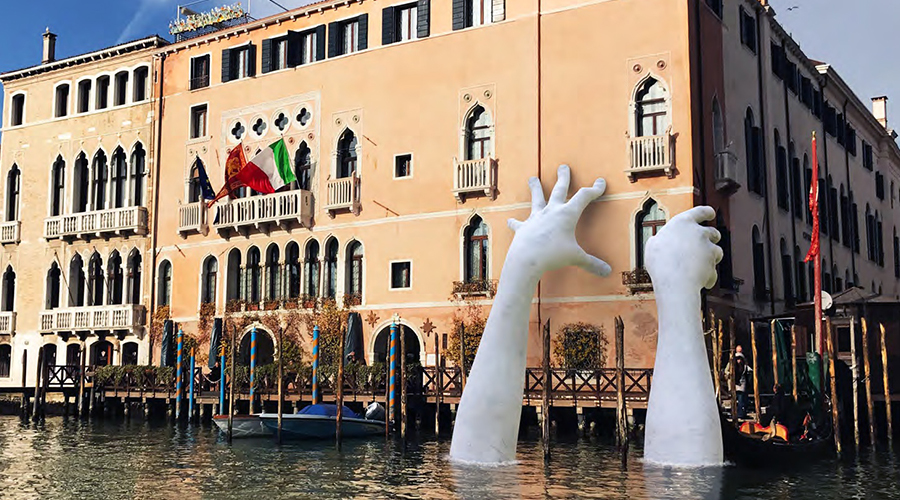 The 57th edition of the world’s most important art exhibition, the Venice Biennale, has, in the past week, seen no end of impressive works unveiled by the world’s most important and progressive artists. The six-month showcase (which ends on 26th November) serves as a trip around the world, one that uses a series of ‘national’ pavilions to exhibit a narrative of art and life in the current climate. Below are some of the best and most powerful installations to have had their respective ribbons cut.

1. Lorenzo Quinn’s ‘Support’
Arguably, the most publicised artwork to date, Italian artist Lorenzo Quinn’s giant hands stretch out from the depths of the Grand Canal, grasping at the building above (the Ca’ Sagredo Hotel). The objective is to shed light on the dire situation that is climate change, namely the rising sea levels that are a consequence of the phenomenon. 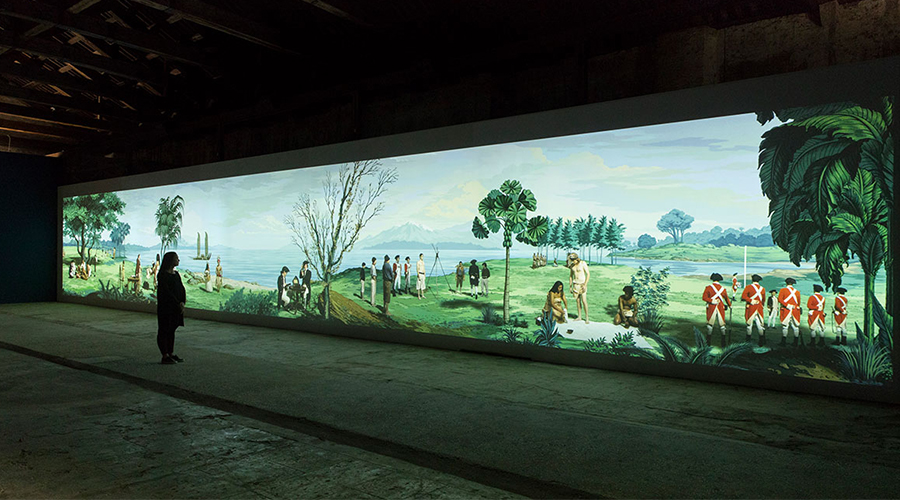 2. Lisa Reihana’s ‘Emissaries’
Call us biased, but our reigning Queen of Art Lisa Reihana’s multimedia installation at Venice is easily a standout. Bringing the unique medium of her in Pursuit of Venus [infected] alongside new photographic pieces to light, the irresistible exhibition is an evolution of her ‘vast and beguiling vision’. 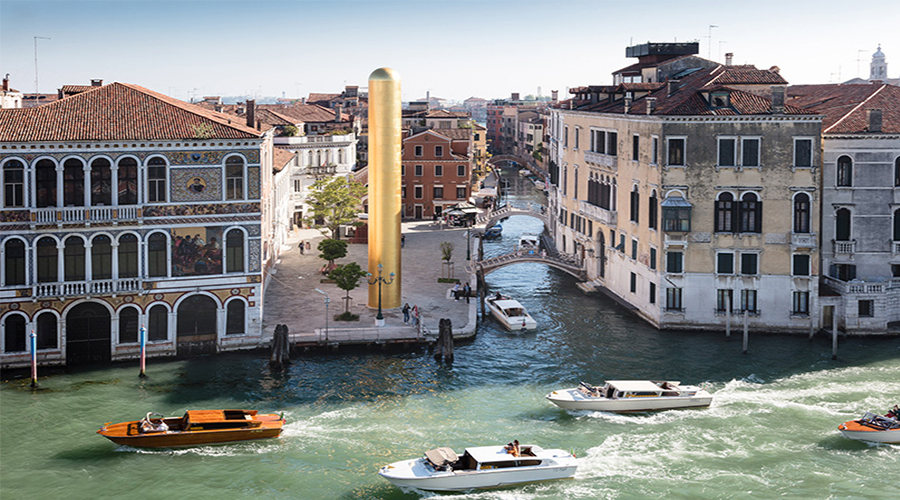 3. James Lee Byars’ ‘Golden Tower’
Erected as a monument to humanity — one that harkens of a Cleopatra’s Needle — James Lee Byars’ addition to Venice stands 20 metres tall at the edge of the Grand Canal. The ‘golden tower’ can be viewed from various vantage points around the city and features a gilded surface that mirrors the mosaic façade of the Palazzo Barbarigo next door. 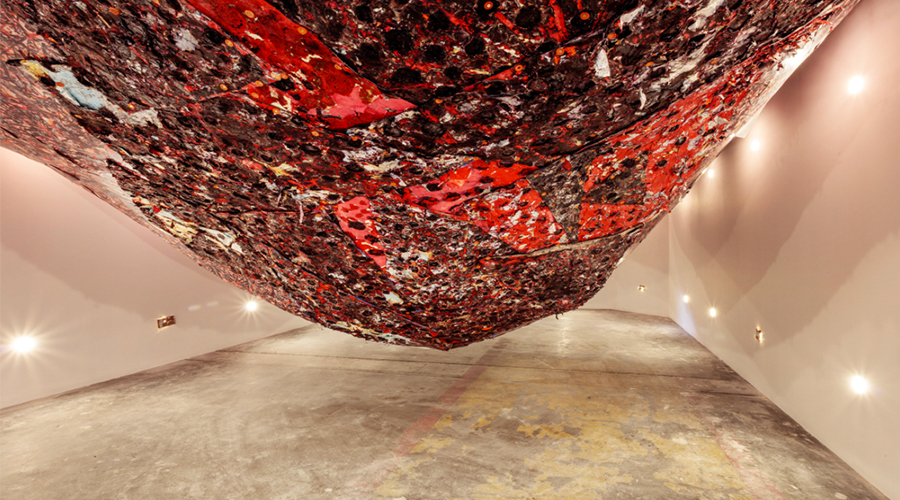 4. Mark Bradford’s ‘White House’
Acclaimed American painter Mark Bradford was shoulder-tapped to create this year’s installation for the ‘white house’, the USA’s unofficially named pavilion. Black, gay and liberal, it comes as no surprise that his interpretation of the presidential residence is a ruin of sorts. Walking in, visitors need to sidle around a huge, rough-edged hull, the ‘Spoiled Foot’, which, if you look closely, is made from immigration documents. The underlying question is: “How can he represent the United States when he no longer feels represented by his government?” 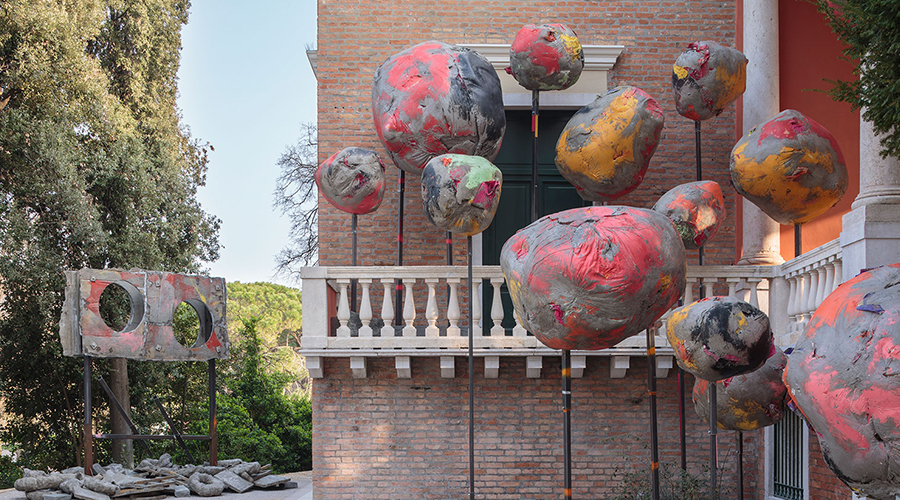 5. Phyllida Barlow’s ‘Folly’
Commissioned by the British Council to disrupt the national Pavilion, ex-teacher Barlow has done just that with her colossal sculptures (mainly audacious big boulders), part of a body entitled Folly, that adorn the building’s exterior. Within, the exhibition continues, where the viewer becomes the protagonist or ‘explorer’ who will discover the whimsical display of works. 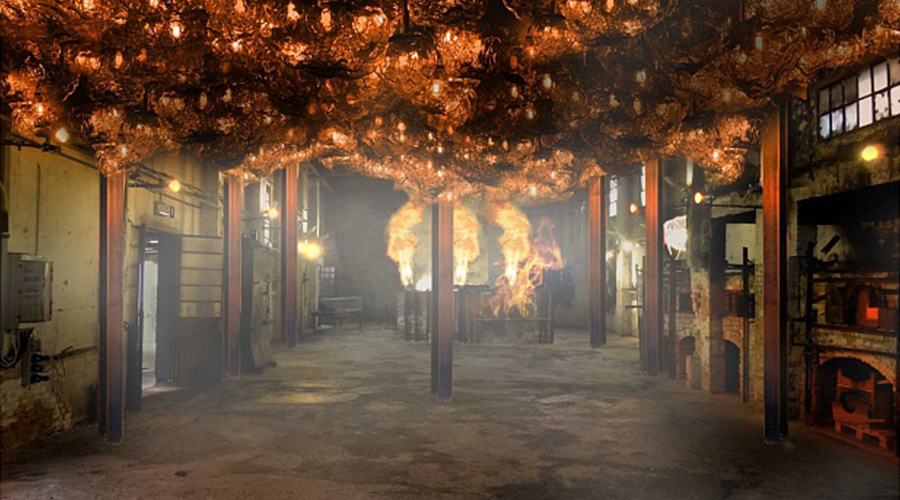 6. Loris Gréaud’s ‘The Unplayed Notes Factory’
Lighting up an abandoned factory on an island in the Murano district of Venice, an area famed for its glassware production, French artist Loris Gréaud is reigniting the original production line (unofficially). The site has been closed for 60 years, but for the duration of the Venice Biennale, he plans to show 1,000 glass pieces made from hourglass sand the eery and derelict space.