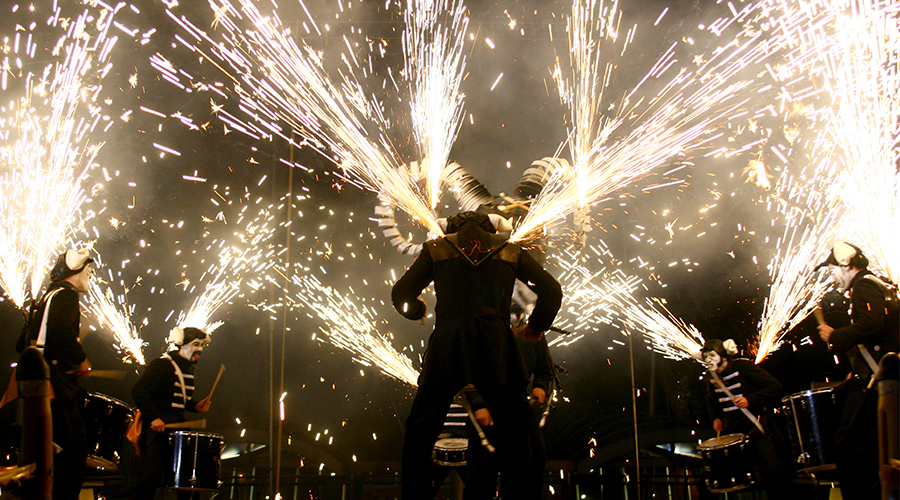 This Thursday welcomes the official arrival of the Auckland Arts Festival; a feast-for-all-senses, entertainment spectacle showcasing a multitude of music, dance, arts, comedy and everything in between. Artists from around the world descend upon Auckland to deliver an abundance of exceptional arts experiences — this is what we here at Denizen can’t wait to sink our teeth into.

1984
Notable for its harrowingly relevant storyline, the theatre adaptation of the George Orwell novel of the same name has become an international hit. The dystopian plot tells the tale of a haunting, totalitarian future in which the government redefines reality and subsequently controls the masses through constant surveillance, media deception and the rewriting of history. Trump’s fake news debacle and the rising threat of spylike technologies (we’re looking at you, Alexa) creates new resonance for the storyline as it correlates chillingly with today’s society — making it one of the most appropriate arts events to hit 2018.
March 9th – 25th, buy tickets here.

House Of Mirrors
A different twist on a fairground classic — think funfair styled hall of mirrors blown up to gargantuan proportions — this simple yet mind-blowing installation is an oddity set to fascinate and intrigue. Built using 40 tonnes of steel and 15 tonnes of glass, the 400-square-metre creation is a perplexing labyrinth loaded with optical illusions and uncertainty. The kaleidoscopic marvel creates the perfect composition for a creative selfie; because if you didn’t take a picture of it you weren’t actually there, right?
Throughout March at Silo Park, for more information click here.

The Piano
The Piano: The Ballet offers an effortless dance revamp of the 1993 Jane Campion masterpiece; a poetic tale encompassing sensuality, relationships and native culture. Originally intended to be a short piece, the compelling production has been reworked for the Royal New Zealand Ballet into a larger scale creation. The Auckland Arts Festival will be staging its world premiere from Thursday the 8th of March for only 3 days — we recommend you book in now for this is a performance not to be missed.
March 8th-10th, tickets available here.

Sleep
Imagine being snuggled up in bed with a soft blanket as the soothing sounds of classical and electronic music penetrate the air around you, drifting in and out of consciousness you find it hard to remember a time when you experienced such peace. The music begins a rapturous ascent from all around, as though the composer is in the room with you, a shifting sound comes from your right, a distant cough in the background… Okay so Max Richter’s Sleep performance isn’t exactly your average front-row, booty-shaking concert experience, but its definitely an intriguing encounter not to be missed. The eight-hour concert is designed to be heard at night to create lucid dreaming and unbeatable slumber, encompassing 31 uninterrupted scores, the melodies carry you through the night, right up until sunrise. We can imagine you’ll be telling people about this one for years to come.
Friday 16th only, buy tickets here.

The Drums Of Fire
The streets of Auckland are about to be set ablaze with a breathtaking intertwining of enthralling visuals and electrifying percussion. A pyromaniacs paradise, The Drums Of Fire delivers a mesmerising, ritualistic production that snakes its way through the city, hypnotising crowds of all ages with its euphoric splendour. The majestic performers will cover four different routes over four nights, meandering through Aotea Square, Freyburg Place, Takapuna Beach Reserve, and the Viaduct Harbour.
Wednesday 21st — Sunday 25th, for more information, click here.