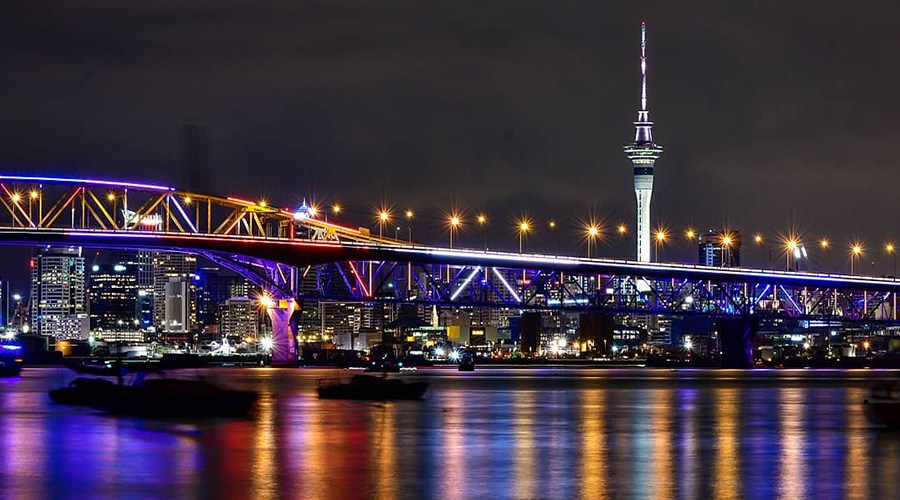 So you’ve ditched the congested road trip in favour of staying in the City of Sails over the long weekend, but now you’re faced with deciding how to spend three full days off in Auckland. Not to fear. Numerous events, planned city-wide, will ensure city dwellers are spoilt for choice. From music and maritime festivals to ways to up your cultural uptake, here’s everything that’s going on this Auckland Anniversary weekend.

Vector Lights
Auckland-dwellers can expect to be dazzled once again by Vector Lights’ enthralling light display illuminating the Harbour Bridge from the 24th – 27th January. The show, part of a 10-year energy efficiency partnership between Vector and Auckland City Council, sets an original music score to a stunning light sequence. Undeniably, the best vantage point remains the Viaduct Harbour, where you can soak in the show while kicking back with a refreshing beverage or two.

St Jerome’s Laneway Festival
The ever-popular one-day festival that is St.Jerome’s Laneway, brings the party to Albert Park for another year with a seriously sizzling line-up. Taking place on Monday, the full setlist will include the likes of British pop prodigy Charli XCX, Odd Future OG Earl Sweatshirt, electro-dance trio Rüfüs Du Sol, and critically acclaimed quartet The 1975, who take the stage alongside a plethora of fine, home-grown talent. For tickets, click here.

Summer in the Square: Kīnaki – Tāmaki Makaurau Kapa Haka
As part of the Te Matatini Traditional Māori Performing Arts Festival, more than 500 of Tāmaki Makaurau’s best kapa haka performers will join forces within the Aotea Centre and represent Auckland in the epic contest that is the Annual Haka Competition. The entertainment also spills out around the Centre, with numerous food stalls, performances and markets setting up in the iconic Aotea Square.

Pop-Up Globe
For those yet to experience the wonder that is Auckland’s Pop-Up Globe, we suggest you prioritize a performance because at the end of this season, the Globe will be popping itself down and taking its theatrical treasures abroad. This Auckland Anniversary Weekend is a perfect time to catch Shakespeare’s tragic romantic masterpiece, Romeo & Juliet, and the revered and fun Much Ado About Nothing — with locals also appreciating a chance to give this much-loved theatre the warm send-off it deserves. For tickets, click here.

Seeport Festival 2020
If you like your festivities with a maritime flavour, then seek out Auckland’s Seeport Festival — an iconic event, set to thrill all the family. The three-day extravaganza will see Captain Cook Wharf dotted with food vendors and carnival rides this year, along with an array of enticing events from boat sailings to helicopter rides, port tours, and even virtual-reality experiences.

The Ports of Auckland Anniversary Day Regatta
The maritime adventures continue with the Ports of Auckland Regatta, a birthday celebration for the City of Sails which sees a flotilla of impressive watercraft under multi-coloured mainsail, grace the waters of the Waitemata Harbour and the Hauraki Gulf. Taking place on Monday, this one-day sporting event also includes tug-boat and dragon boat racing, while a medley of fascinating, restored vintage yachts gives guests much to pore over.

Auckland International Buskers Festival
Another Anniversary weekend, another unmissable line-up of beguiling acts from near and far bringing the Auckland streets to life with our highly-anticipated annual Buskers Festival. Taking place at a number of locations around the city, including Princes Wharf, Te Wero Island, Karanga Plaza, Market Square and the Viaduct Harbour, this year’s schedule is dishing out generous helpings of exceptional talent, from hula-hooping daredevils to funnybone-tickling comedians.

My Year of Magical Eating: From wedding anniversaries to Auckland Anniversary Weekend