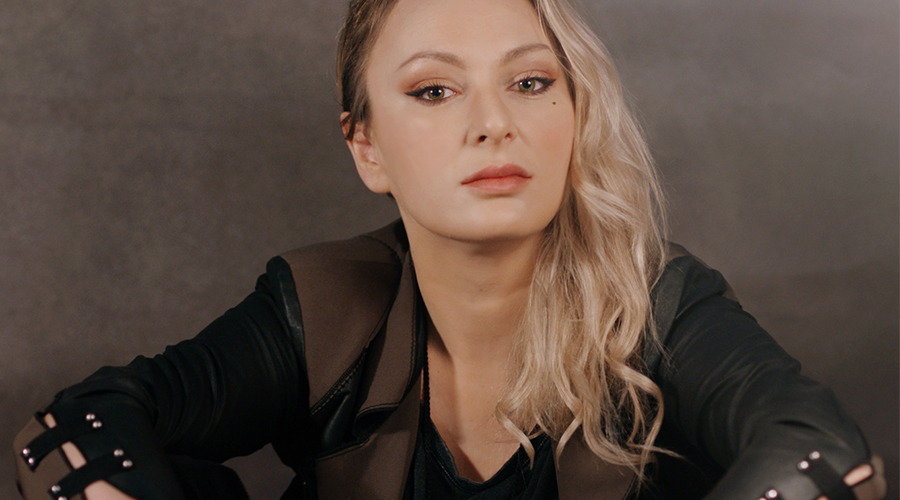 To say we’re expecting great things from filmmaker Agnes Peel-McGregor would be an understatement. In 2014, esteemed filmmaker David Lynch awarded Peel-McGregor’s short film Milkmaid first place in his scholarship competition, resulting in her studying at his prestigious film school in America. Under Lynch’s watchful eye she developed her next film, Last Tree Standing, a dystopian fantasy about a girl who befriends a half-man, half-tree magical creature. The film tackles themes of environmentalism in a profoundly unique way, and it became an instant hit amongst critics.

Long story short, we’re fairly certain Agnes Peel-Mcgregor is on the brink of great things, and as such, we suggest you get yourself acquainted with the young filmmaker. Here, we sit down with her to discuss her background, her future projects, and what it’s really like to work alongside David Lynch.

Hello Agnes! Tell me about yourself, where are you from?
I was born in Poland and I moved to the Southern Hemisphere over a decade ago, after I met my husband and emerging Kiwi cinematographer — Zachary Peel-McGregor.

What’s your background?
I have a background in poetic performance art. As a child and a teenager, I often participated in poetry recitals and I was a laureate of numerous monodramas and spoken-word contests across Poland. The figurative language of poetry taught me to think in terms of visual metaphors, which translates beautifully to cinematic language and, having experienced the performance side of storytelling first hand, informs me as a director to this day when I work with actors.

How long have you been working in film?
My first contact with film happened on the Channel Islands back in 2007, where I was cast for the role of a pirate on a local film production — but it wasn’t the performance side that I was most drawn to, rather the creation. Soon after, I took up film studies and started gaining work experience in the industry. I continued to work and further my craft in between my screenwriting studies at UCLA and doing my Masters of Fine Art in Film at David’s course.

What’s been your favourite film to work on thus far?
Milkmaid. It came from a very vulnerable place and I had all the time, space and creative freedom I could have wished for. I think what makes it special in my eyes is the fact that there was no dialogue, so it was pure cinematic storytelling, which makes it very powerful and poetic. It’s been over five years since I made it and I still love it.

Your film Last Tree Standing is fantastical fiction, but it makes the viewer consider very real, very grave, current issues, like deforestation and the way we treat our planet. Why did you choose to tackle such an important issue via such a whimsical genre?
With this particular film, it was the process that actually informed the genre. It wasn’t an intellectual decision, it’s not that one day I decided I’m going to make an environmental fantasy film set in a dystopia. Instead, I first saw an image of a fantastical creature, who was a half-man, half-tree. The image was very evocative and it stayed with me, so I decided to meditate on it and somehow, little by little, a connection formed to my previous film Milkmaid, which also had an environmental theme.

What’s the biggest takeaway from this film?
The film is a tale of tolerance. The fantasy aspect of the main half-man, half-tree character touches on the problem of our attitude towards anyone and anything that’s different and towards those who have no voice. I guess, I wanted the audience to discover that being unique is a part of nature itself.

What was it like working with David Lynch during the development of the film?
There was a huge difference between learning from film school teachers and from an artist such as David. With him it was a very different school of thought, which was truly liberating. He allowed me to disregard all the fixed rules completely and instead taught me that the most important thing is to stay true to yourself as an artist.

Did he give you any advice?
David used to say that it’s better to fail and own your mistakes rather than allow others to decide for you and still fail. If you let others make creative decisions for you and the film flops, you will never forgive yourself for allowing it to happen.

The film has won numerous awards and, in June this year, it was given a week-long theatrical release in Hollywood. Did you ever expect it to be this well-received?
You make a film and you let it go and as soon as you let it go it’s ultimately out of your hands. You’re hoping for the best, but you never know how the audience is going to receive it. With Last Tree Standing, just when I thought the film had reached the end of its lifespan on the festival circuit, I found out it was selected from a few thousand films for a theatrical release in Hollywood, which simultaneously qualifies it for this year’s Oscars consideration. I definitely did not see that coming!

What are you working on at the minute?
I am currently collaborating with an Australian writer on a mystery web series. She approached me to direct it and I liked her writing. We are both aligned creatively, so I very much look forward to seeing what this collaboration will bring. I have also recently completed the first draft of a script for my feature film.

What can we expect from you in the future?
I plan to go into development with my feature film, which is a bleak, female-driven satire. And as for more immediate projects, I want to exercise my directing muscle in the world of advertising. It is an avenue I’ve never tried before and one I would like to explore. In addition to this, I also have some ideas for video art, which I would like to materialise. I love the bizarre and dreamlike world of this medium, which allows your imagination to run wild, without asking for anyone’s permission, so if there is anyone out there willing to commission this kind of work, please get in touch!

Bureaux co-founder Jess Walker on her architecture journey, core design tenets and doing it all