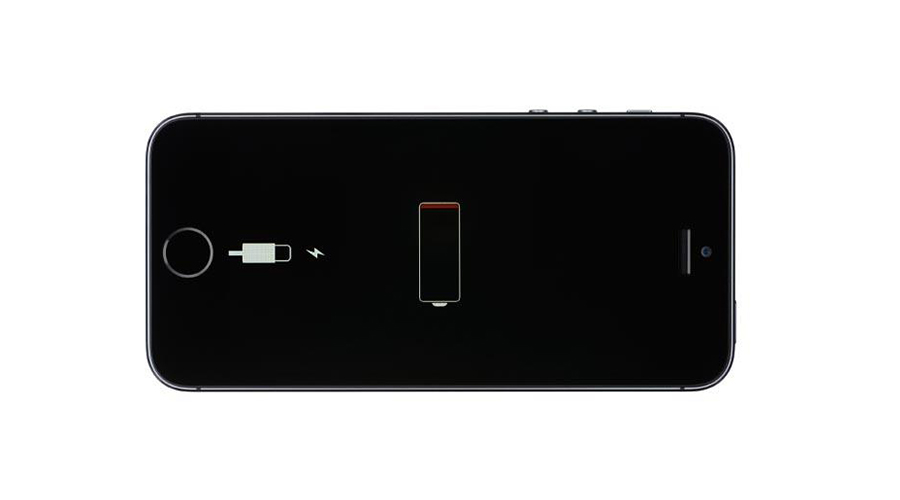 There’s a feeling of devastation that comes with the temporary loss of your iPhone’s life. Short of putting your phone down and going outside, we’ve amassed a few crucial tips for making your battery last that much longer.

1. Turn down brightness
The iPhone 6S has almost as many pixels as an 11in MacBook Air, so it comes as little surprise that the screen is the biggest drain on the battery. Aside from using the slider in Control Centre, accessed by swiping up from the bottom of the display, you should also go to Settings > Display and Brightness to make sure you have the Auto Brightness feature switched off. This will stop your handset cranking the brightness levels back up.

2. Switch off parallax
Parallax is a feature introduced in iOS 7 that adds depth perception and 3D effects to the iPhone’s display. This makes some people feel seasick, but it’s probably also having a detrimental effect on battery life given that it constantly uses your iPhone’s graphics processor. It can be switched off by going to Settings > General > Accessibility > and switch on Reduce Motion to temporarily turn off all the parallax effects.

3. Disable location services
One of the biggest battery draining features of any smartphone is the location-tracking features that apps load onto them. If you want to save some extra juice — and your privacy — this feature can be switched off by going to Settings > Privacy > Location Services. If there are some apps you want to be able to use your location, such as Apple Maps, there’s also the option to switch off the feature on a per-app basis.

4. Stop quitting all of your apps
For many of us, it’s become a compulsive habit, but quitting all of your apps from the multitasking menu doesn’t actually increase battery life. When you do this — by double tapping the Home button and swiping upwards on open apps — it means you take it out of RAM, which in turn means that when you open it again, your iPhone has to load it back into memory.

5. Put it face down
Disabling Notifications is an obvious way to extend your battery life and you can do so by simply placing your iPhone 6S face down on a surface. As soon as you do this, iOS 9 stops the screen lighting up when you receive a notification of any kind. You will be notified instead via sound or vibration.

6. Low Power Mode
Apple introduced a new feature in iOS 9 called Low Power Mode that promises to take some of the pain out of trying to extend your iPhone’s battery and they claim that it will provide three extra hours of life.

‘Digital wellness’ tools highlight phone dependence, but are we any closer to change?

Are we willing to exchange privacy for convenience? We delve into the concerns around technology