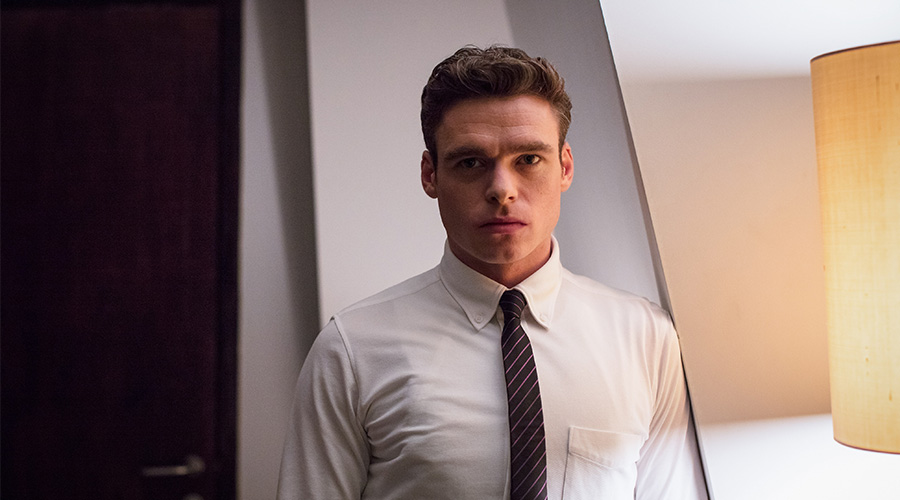 All these new daylight hours might have put a dampener on our streaming habit, but we’re still carving out some time for a bit of pre-bed Netflixing. In our bid to invest in only the best viewing, we’ve rounded up four worthwhile titles, out on Netflix this month.

The Bodyguard
David Budd is a flawed hero that guys want to be and girls want to be with. The London-based police officer proves himself to be more than competent when, in the very first episode, he manages to diffuse a terrorist-train-bomb situation and is rewarded with a plum post protecting the British Home Secretary. It soon becomes apparent, however, that Mr Perfect is suffering from untreated PTSD following a stint in Iraq. The plot gets messy when you discover that a cohort of his ex-comrades are proponents of a very anti-government sentiment which leaves you wondering whose side Budd is really on. A steamy affair muddles things even further in this six-part series which soon comes to stressful head. Out now.

The Sinner Season 2
Leaving Jessica Biel in peace and instead pursuing the case of a young boy who has killed his two minders in mysterious circumstances and with no apparent motive, the hotly anticipated second season of The Sinner lures Detective Harry Ambrose back to his hometown in rural New York and into the fold of a rural cult. There he traces the unsettling crime with the same patience and compassion he does in the first season, soon realising there’s nothing ordinary about the boy or where he came from. While back in his hometown, Harry is forced to confront the demons of his past and is pitted against those who’ll stop at nothing to protect the cult’s secrets. Out now.

The Final Table
Like Chef’s Table on steroids, this much-talked-about show will spotlight a global culinary competition featuring the world’s most talented chefs fighting for a spot at the elite ‘Final Table’. The series sees 12 teams of two chefs cooking the national dishes of Mexico, Spain, England, Brazil, France, Japan, the US, India and Italy with each episode focusing on a different country. Viewers can expect celebrity ambassadors, food critics and the respective countries’ greatest chefs eliminating teams until the finale. Watch out for homegrown talent, Monique Fiso, a Māori-Samoan culinarian from Porirua who has been trained in esteemed kitchens around the world and who was hand-picked from thousands of chefs worldwide to compete. Screening from 20th November.

The Ballad of Buster Scruggs
The Western genre might not have fired up the big screen lately, but leave it to the Academy Award-winning Coen Brothers to pick it up and dust it off for what is set to be a cult film. The quirky anthology will see stars like James Franco, Jeff Bridges, Brendan Gleeson, Liam Neeson and Tim Nelson Blake starring in the multi-faceted narrative, featuring cowboys, bank robberies, mysterious train rides and adventures on the Oregon Trail. If you’re a fan of True Grit, this is what you need to watch next. Out on 15th November

Podcast update: The best of what we’ve been listening to lately