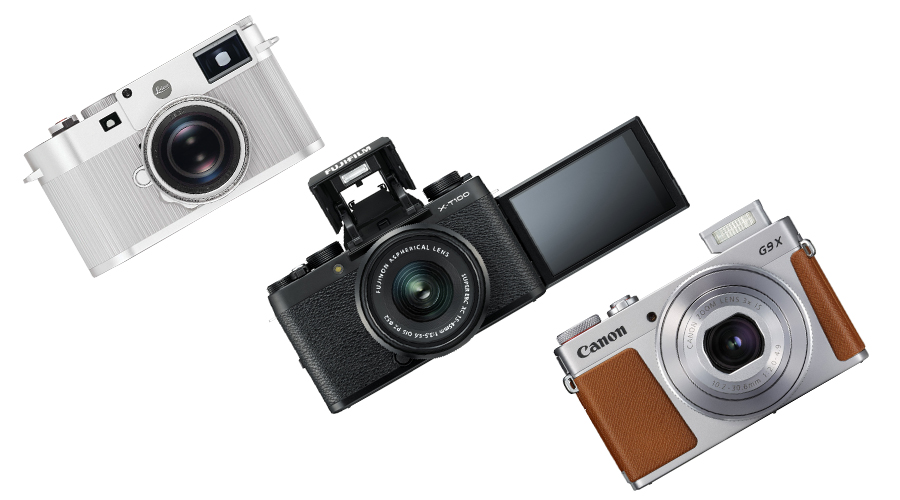 Fancy standing out from the crowd? Or how about taking just one picture instead of seven? Try putting your phone down and picking up one of these new-age cameras instead.

Fujifilm XT100
With a slim, compact body and a three-way articulating screen that can be flipped when taking pictures or videos, this is the perfect ‘new-old’ camera for selfie-lovers and photographers alike. It has a 24.2-megapixel sensor which means a wide field view and also works with X-mount Fujinon lenses for those who want to take things up a notch.

Leica M10
Possibly the coolest of the lot, the German marque applies its retro-simplistic sensibilities to its latest pocketable M10 model. With a slower autofocus than its counterparts, it will make you slow down and shoot frame by frame which is part of the charm of this stills-only camera. What’s more, its heavy-duty body makes it almost impossible to break.

Canon Powershot G9X II
This grunty compact camera produces images that are of exactly the same quality as its larger sibling, the G7XII. Faster than its predecessor and with Bluetooth capabilities which allow for quick re-pairing between camera and smartphone, it has also upped its image stabilisation making video shooting that much better.

Is the anti-model really a step in the right direction for diversity?

In today’s fast-paced and fickle cultural landscape, are we still capable of producing ‘Greats’?