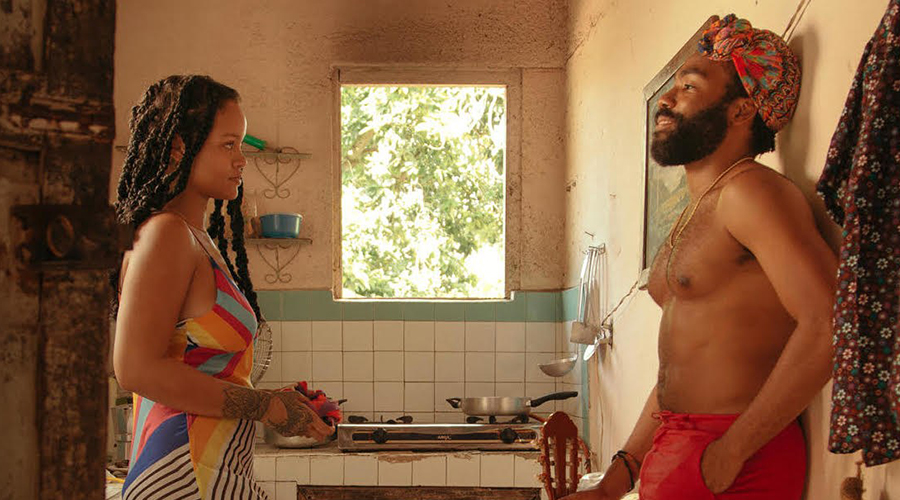 Musicians making movies, (or TV series’) is becoming quite a trend. Not content with their — already noteworthy — abilities to spit rhymes or belt out tunes, there is a handful of those in the music biz turning their hands to crafting prime visual content, too — these are the three most intriguing pieces we’ve come across so far.

Euphoria
Produced by: Drake
What to know: Rapper Drake teams up with fellow Canadian, DJ Future The Prince, in his latest directorial endeavour: TV series Euphoria. The high school drama series, based on an Israeli show of the same name, follows teenager Rue (Zendaya Coleman) as she navigates drug addiction and rehab. Like all the best, binge-worthy teen dramas — appealing to fellow teens and adults alike — Euphoria will delve into the tumultuous lives of the younger demographic and bring to the fore their battles with substance abuse, identity, sexuality, social media, love, and friendship. Not a wholly unprecedented idea, admittedly (Hello Skins, 13 Reason Why etc), but if the recently debuted trailer is anything to by, it might just be a grittier, more modern take on the tried and tested theme. Other stars who are set to feature include Storm Reid, Maude Apatow, Barbie Ferreira, Hunter Schafer and Eric Dane.
Due out: 16th June
Where to watch: HBO

Omniverse
Directed by: Kanye West, Jayden Smith
What to know: Little is yet known about this Kanye West-produced TV show, but given his past creations — in regards to literally anything — we can only imagine how weird and wonderful this will be. Set to be a bizarro anthology series, here Yeezy examines the many “doors of perception” in brief, half-hour narratives with Jaden Smith playing a young Kanye West in an alternate reality. That’s all we know at this point, but rest assured, we’ll be keeping you updated with this one.
Due out: Unknown
Where to watch: Unknown

Guava Island
Story by: Donald Glover
What to know: Ah, Donald Glover, is there anything you can’t do? Rapper, performer, actor, comedian, writer, DJ, and producer, it seems everything the phenomenal multi-hyphenate touches turns to gold — which is exactly why we’re intrigued by his latest creative outing. In short film Guava Island Glover himself stars as Deni Maroon, a musician determined to bring more freedom to the working class island he lives on. His long term girlfriend Kofi Novia (Rihanna!) is a seamstress who serves as Maroon’s muse, inspiring him with his music. We won’t give away much more for fear of delivering spoilers, but let’s just say this 55-minute piece is a perfect example of how Glover has really honed his craft as an auteur.
Due Out: Out now
Where to watch: Amazon Prime

In conversation: A quick-fire session with hip hop artist Desiigner