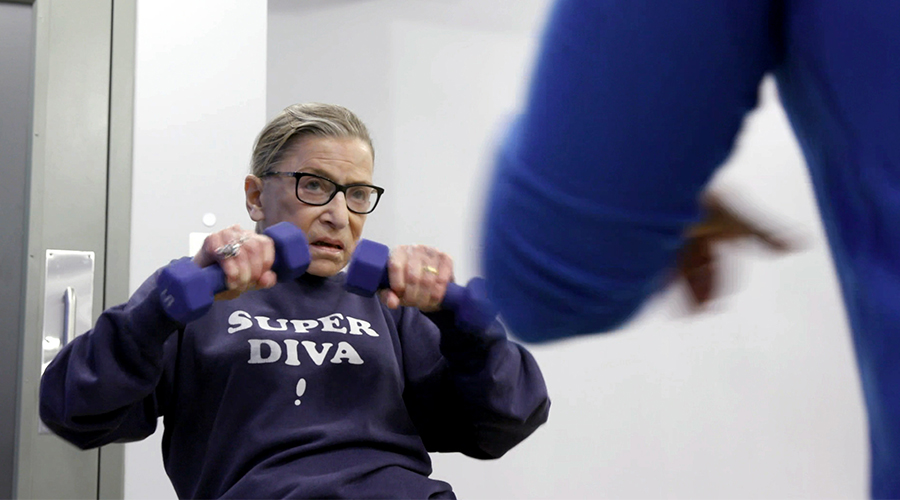 We are living in a time where we’re wanting to educate ourselves more than ever before, and as such, there’s never been such a strong need for quality, informative documentaries. Luckily, the truth is often more mind-boggling, unnerving and uplifting than any fictional story, (especially in today’s cultural and political climate) and so we’re constantly bombarded with brilliant pieces of non-fiction cinema. Here are a few of the most outstanding from the past year alone.

Three Identical Strangers — for the truth seeker and lover of the strange
Split up at birth and raised by three separate families, identical triplets Eddy Galland, Robert Shafran and David Kellman reunite in bizarre circumstances, propelling them into a media frenzy and low-key TV stardom. But what begins as a jaw-dropping, feel-good story takes a dark turn when further investigation uncovers far more than anyone could have imagined. More bizarre than any fiction, this strange tale weighs human cost against scientific progress and leaves you with far more questions than answers.

Bad Reputation — for the music fan
Cementing the fact that there’s no one cooler than rock legend Joan Jett, through interviews and footage Bad Reputation charts the rise and rise of the American rock singer, songwriter, composer, musician and record producer who was once told: “girls don’t play rock and roll.” A Sundance hit, this film gives an insight into the woman who paved the way for female musicians everywhere.

Wild Wild Country — for the binge watcher
This six-part, gripping docu-series chronicles the rise and fall of Indian guru Bhagwan Shree Rajneesh’s controversial cult. His attempt to build a ‘Utopian city’ across 64,000 acres of land in rural Oregon causes conflict with the locals, bringing on an unprecedented national scandal involving immigration fraud, wiretapping and bioterror attacks.

The Rachel Divide — for the political
It’s a story that fired up the masses. Rachel Dolezal became a national news story three years ago when it was found that the then leader of the NAACP’s Spokane branch had been faking her black ancestry. The Rachel Divide follows Dolezal and her family as they handle the aftermath of a racially-charged, national debate.

Won’t You Be My Neighbour — for those who like biographies
Serving as the highest-grossing biographical documentary of all time, this film, directed by Morgan Neville, follows the life of host and creator of Mister Rogers’ Neighbourhood, Fred Rogers. It is a funny, touching tribute that gives an insight into the life of one of the world’s best children’s entertainers.

McQueen — for the fashion-inclined
Not your average rags to riches tale, McQueen is a story tinged with darkness right up until the ultimate unhappy ending. This one hour, 53-minute piece follows Alexander Lee McQueen, the fashion maverick who conquered the industry against all odds. It gives a harrowing insight into what life is really like at the top while allowing us to take a peek into the young designer’s relationships and personal struggles over the years.

Eating Animals — for the ethically conscious
The sweeping, animal-free movement is going nowhere fast, and each year brings a plethora of new documentaries highlighting such. Produced and narrated by actress Natalie Portman, Eating Animals (based on Jonathan Safran Foer’s New York Times bestseller), peels back the lid on the public health, environmental and economic consequences of factory farming.

RBG – for those wanting a triumphant storyline
Known to be one of the most stylish and outspoken players on the Supreme Court bench, this hotly anticipated biography tracks the life of a pop-culture icon and lifelong equal rights campaigner, Ruth Bader Ginsberg. Expect interviews from the likes of Bill Clinton and Gloria Steinem as we follow the unique personal journey of this quiet warrior.