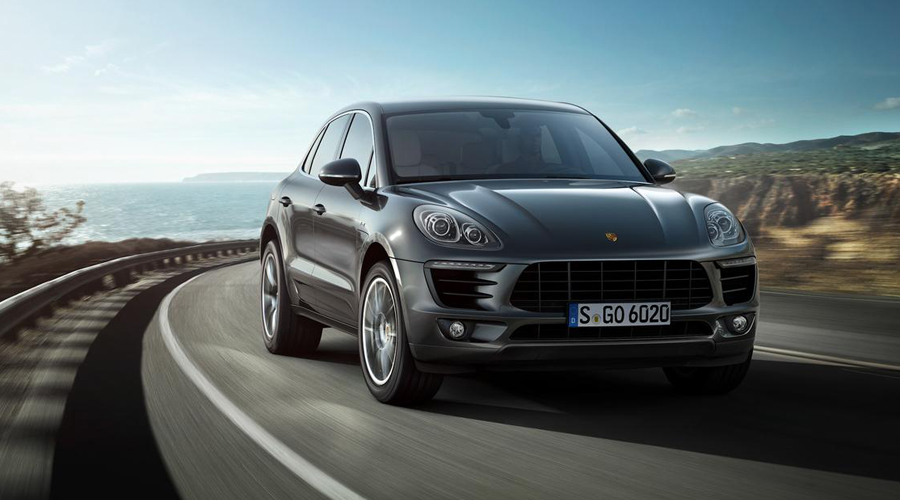 Porsche escalates their fast-four offerings to dizzying levels with the launch of the brand new Macan.

I must apologise for my predisposed judgements. For when I first heard that Porsche were making a mid-sized SUV, my heart sank at the prospect of one of Germany’s most purist car brands finally selling out. However, my expectations of a budget Cayenne to suit the innocuous needs of middle class housewives could not have been further from the truth.

Yes, I should have known better – because when has Porsche ever demonstrated a weakness for pandering to the masses? The truth is that if they were going to design a car for a conservative consumer, the new Macan would have completely missed the mark. Far too fast, sharp and exhilarating, we suggest you take it easy because the Macan will have you flying around the countryside before you’ve had a chance to worry about whether or not you packed the club sandwiches.

As recently revealed, even the “entry level” Macan S Diesel displays ridiculously sporty tendencies, hence Giltrap Porsche insisted on giving me this, their most affordable model, to test drive. A serious contender when stacked up against other impressive petrol options, the turbo-powered V6 Diesel not only shows incredible pickup but particularly when engaged in Sport Plus mode, it deals with corners like it eats them up for breakfast every day. With the help of Porsche’s beautifully honed PDK gearbox controlled by steering wheel-mounted paddles, the Macan feels uncannily similar to driving a supercar, yet comes with the assurance that its wild side can be tamed by maintaining the standard driving settings for those who prefer a slightly more gentle approach.

Inside the appointments are nothing short of what you would expect from the German perfectionists. The design and layout of every button is purposeful and polished, and despite the extensive list of specifications that go so far as optional air suspension (a must for optimising its supreme handling) through to safety features such as Lane Assist, a function that monitors the barriers and cats eyes to silently keep your steering on the straight and narrow, everything is intuitively positioned and at-the-ready.

Some might have considered Porsche’s lofty target of creating the “world’s first SUV sports car” a little ambitious, but as you’ll discover when you drive the new Porsche Macan for yourself, they have absolutely nailed it.

Why it’s worth converting to Audi’s fully electric vehicles, the e-tron Gran Turismo quattro and RS