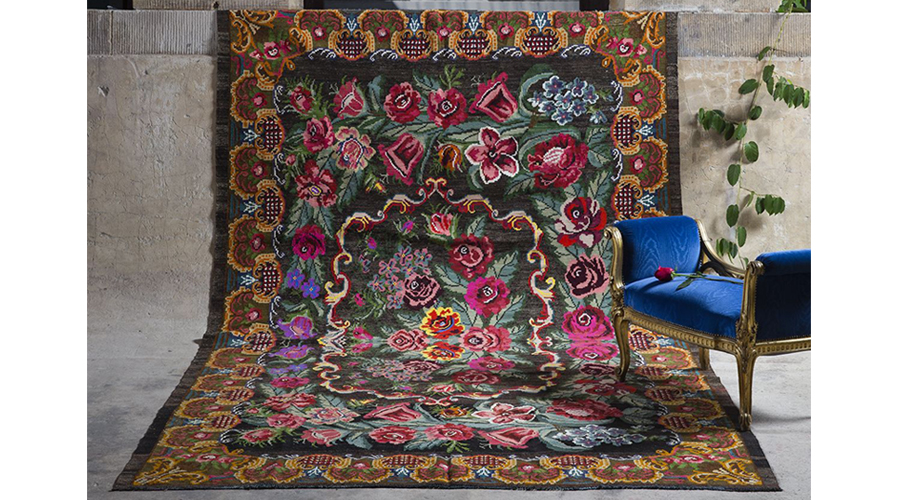 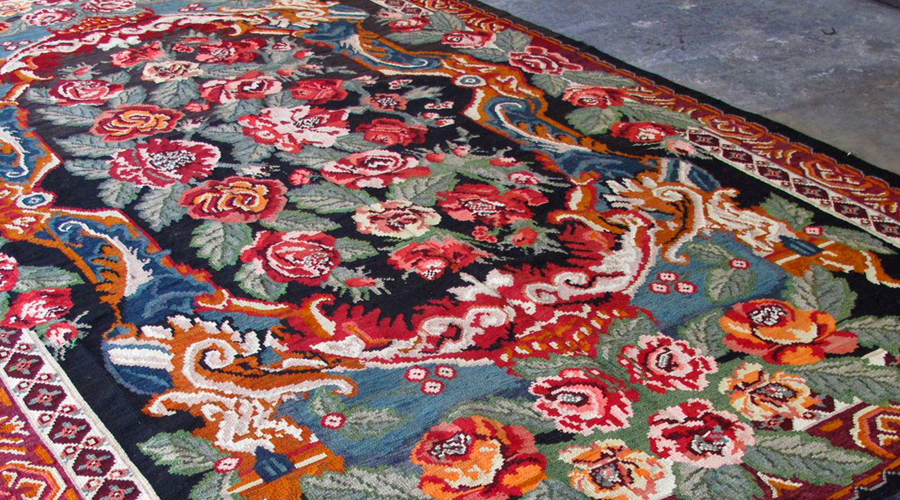 The finest exotic adornment is one of timeless tapestry...

Rich in history and deeply woven throughout eastern European antiquity, an authentic Bessarabian kilim adds an element of grandeur whenever it is laid. In the same vein one might choose to display a sourced piece of art, with its striking pattern and decorative appeal, the kilim exudes a similar sense of worldly and unrivaled wonderment. Originally woven in Romania (the area is now known as Bessarabian) with 100% hand-spun wool, Bessarabian kilims vary from 30-60 years in age, with an oriental meets European aesthetic. Whether hung on the wall like a tactile piece of art or laid out on the floor; the Bessarabian kilim is experiencing a major style resurgence.
What typifies a Bessarabian or Moldovian kilim, is its highly decorative aesthetic and the reoccurring presence of the traditional rose motif. This aesthetic became the preoccupation of many early 20th century artists, such as Henri Matisse. Matisse became infatuated with the intricately patterned approach and exotic floral adornments. Unlike its piled counterparts, the flat-woven kilim rug is lighter and boasts a pileless texture that is produced using a variety of traditional flat-weaving techniques.
Throughout each tapestry, local folk motifs and ornate historical subtleties are brought to life. Many kilims embrace limited palettes of red, blue and black, further reaffirming their ever-popular place within domesticity and versatility throughout the home. Inspired by eighteenth century French Aubusson carpets, early kilims adorned the great halls and sitting rooms throughout the Russian Court, reigning supreme within affluent aristocratic circles. Today, the Bessarabian kilim remains one of the most sought after styles. Through its heralded and subdued designs, exuberant elegance and traditional technical mastery, the kilim maintains its place at the height of exoticism and luxury.

These are the tribal chic rugs you need in your home

This sophisticated Milanese home is mid-winter elegance at its finest