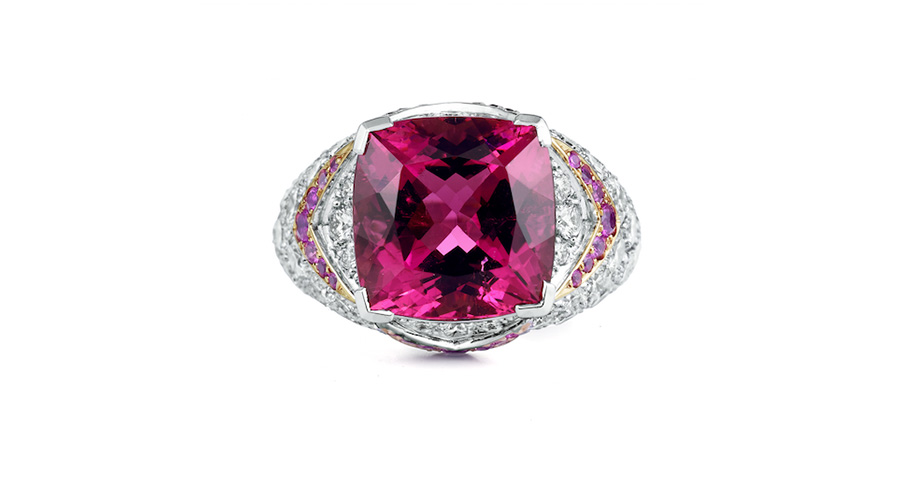 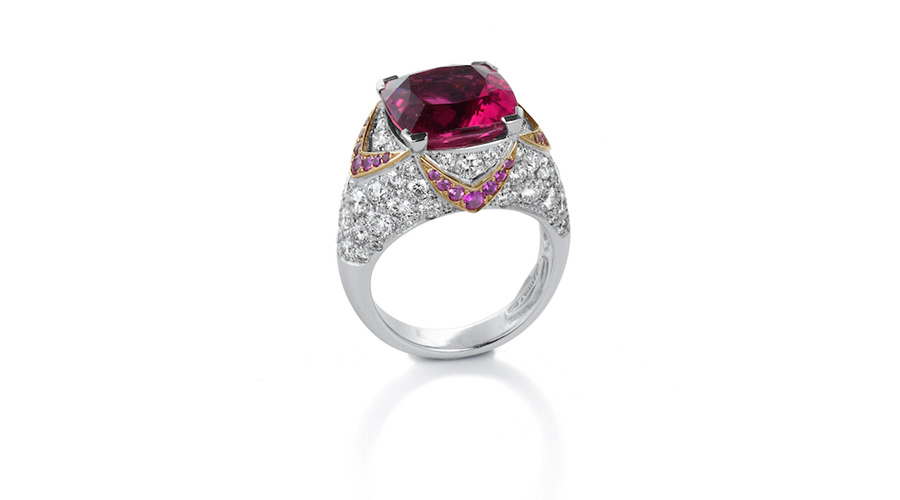 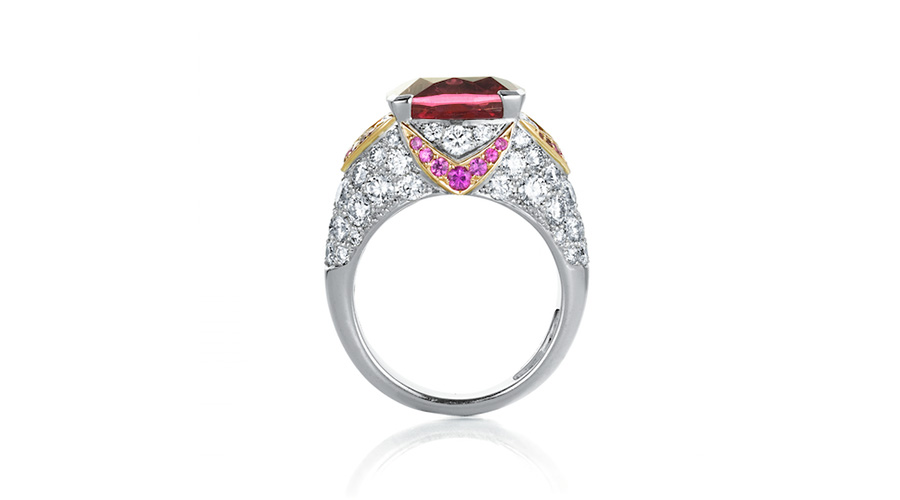 This ode to opulence is a 'handy' magic carpet ride to the Middle East.

Did you know that cocktail rings were originally worn during the prohibition era as an attention-demanding, sparkle-making way to ensure everyone noticed the illicit beverage in one’s hand as well as the stylish badass drinking it? And while the ban has well and truly been lifted, nothing quite compares to the glistening companion to a glass of effervescence, especially when it’s a handcrafted showstopper by jewellery visionary Brent Sutcliffe.

Known for allowing inspiration to hit from any angle — as seen by our forever favourite underwater wearable masterpiece — this exquisite specimen, aptly named Arabian Nights, is an imaginative embodiment of superior craftsmanship and fashionable flair. Conjuring up vistas of vast marble palaces in exotic lands, the jewel in the crown is the 7.58-carat cushion cut rubellite. Then, in the name of creating an 18-carat white and rose gold throne fit for the royal stone, a bevy of white diamonds and pink sapphires gather around to effortlessly dazzle like a starlit sky in the desert.

Evidently fit for an Arabian princess or Auckland’s socialite equivalent, this statement-making treasure is available for viewing at the Parnell showroom.

The bold and the beautiful. Jewellery that lets you sparkle on the inside

The top questions to ask when buying an engagement ring