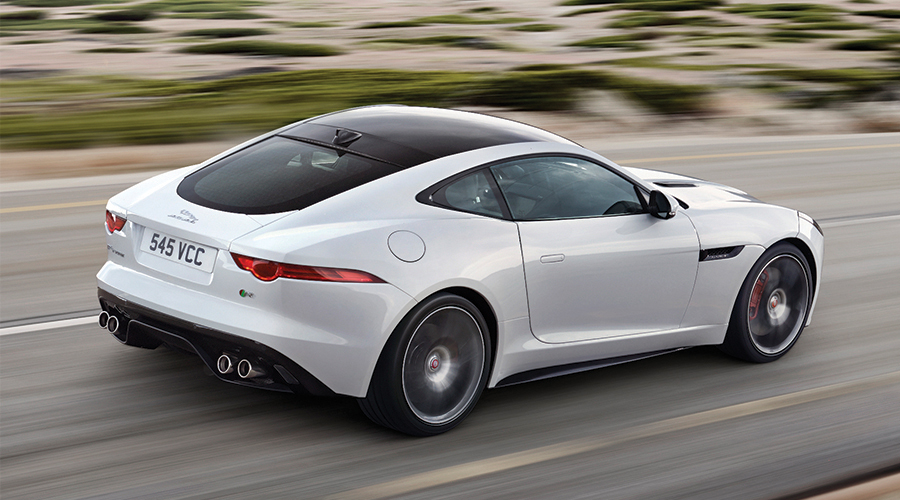 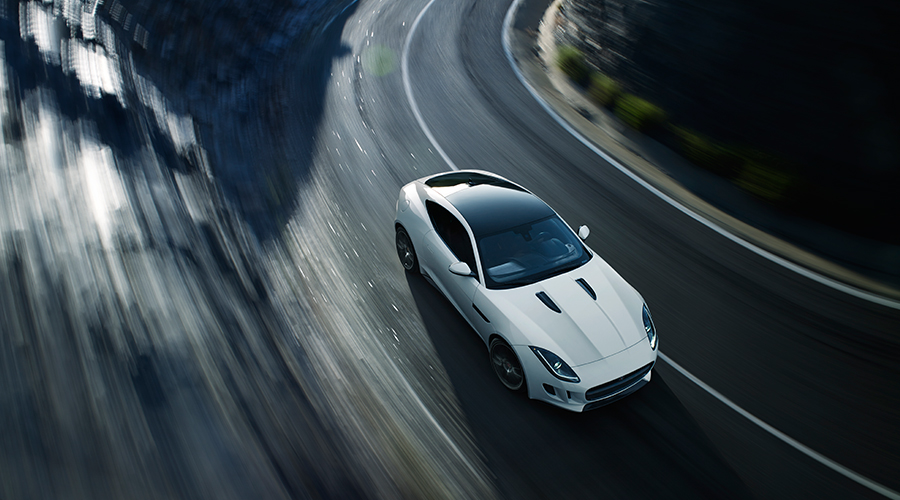 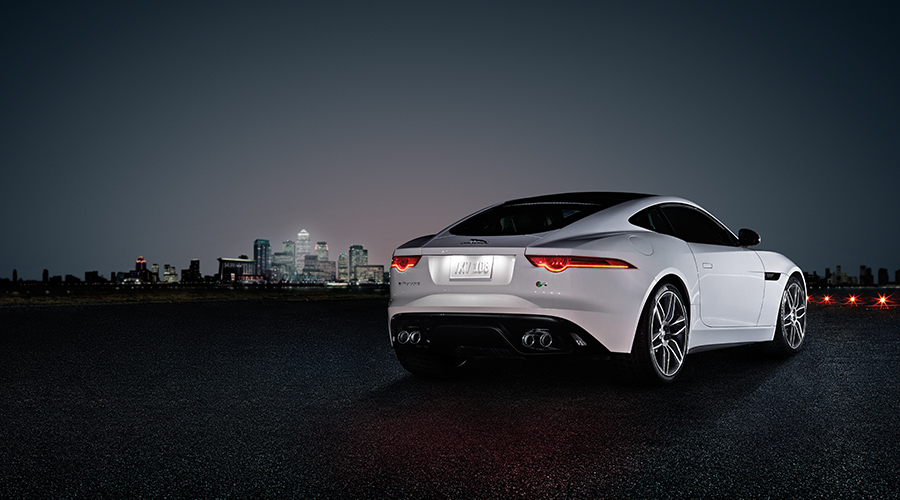 One of Britain’s most globally admired exports successfully evades the parameters of conventional motoring.

No longer a marque reserved for the old boys club, it would appear that the leaping cat has been working out. For when Jaguar recently revealed their flagship F-Type, it was to a chorus of gasping breaths. With an impossibly curvaceous body bestowed by design director Ian Callum (ex Aston Marin), only a concrete block could be considered 100 percent impervious to the immediate sex appeal of this gorgeous machine. Furthermore the British manufacturers have made this latest edition their most powerful production vehicle to date.

In a day and age where automotive engines are shrinking in progressive fashion, Jaguar have displayed blatant disregard for convention by crowning their otherwise V6 F-Type line-up with the heart-thumping, five litre V8 supercharged “R” Coupe. Given the investment made into technology for this model such as Torque Vectoring for superb cornering combined with its aggressively charged engine, it goes without saying that the R drives like a bat out of hell. In fact there are moments when its front-engined power borders on madness, and there are no prizes for guessing why there is a passenger grab handle protruding from the centre console. Flooring it around corners with the freer Dynamic settings, the tail can flick out as a sign of resistance to being broken in, but quickly whips back into submission with a snap of the steering wheel. The beauty of the R’s nature is that it’s up to you as the driver to choose which way you’d like to tame this beast. Sure, you can maintain a compliant manner, but it won’t be long before you can resist the urge of experiencing pure, unhinged exhilaration.

It has to be this particular V8’s aggressive sound bites that count as the most entrancing of all its characteristics. Put your foot down and it lets out a deep, gurgling howl, take your foot off and it spits like a hot rod. With a timbre that would diminish a symphony orchestra, the R provides an addictive soundtrack that is impossible to wean off. Essentially a glorified hot rod given sanction by its royal badge and turned out by a proper finishing school, the arrival of this elegant beast is paradoxical evidence unto itself that ‘they don’t make cars like this anymore’. Taking away the focus on robotic technology and placing the enjoyment firmly in the driver’s hands is precisely what makes this car so unique. But I guess the fact that the F-Type can’t be pigeonholed is no surprise when after all, cats are not pack animals.

Enjoy a sumptuous slumber with these winter sleepwear essentials

Chic yet statement-making, these drop earrings are here to make an impact