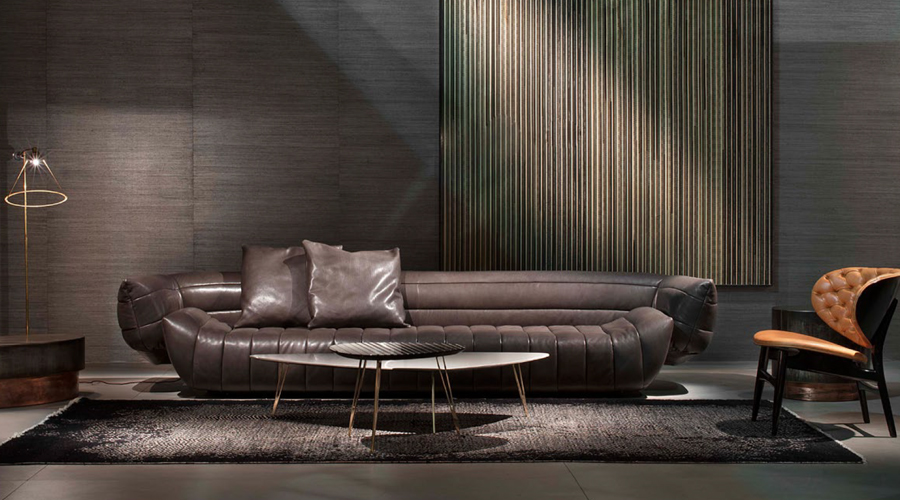 Make yourself at home on the supremely luxurious Tactile sofa.

A careful analysis of the 1950s has resulted in Baxter’s latest furniture collection, which was unveiled at the 2014 Milan Furniture Fair. Known for their artisanal treatment and use of leather, the company’s new partnership with architect and designer Vicenzo De Cotiis has been widely applauded with the release of his Tactile series.

The Tactile sofa, shown here in sumptuous Plume Noir leather alongside the Dalma armchair by design duo Draga e Aurel, demonstrates a new direction that embraces a rich and luxurious union of the past and present. With an inviting plushness attributed to it’s supremely soft leather, it’s difficult not to want to make yourself at home on this sumptuous settee.

Inject some mid-century glamour with these bold and beautiful designs

Get the look: The interior trend of the moment is a cool reimagining of ‘industrial’

The future of fashion: How Paris Georgia is taking on the world

The bold and the beautiful. Jewellery that lets you sparkle on the inside