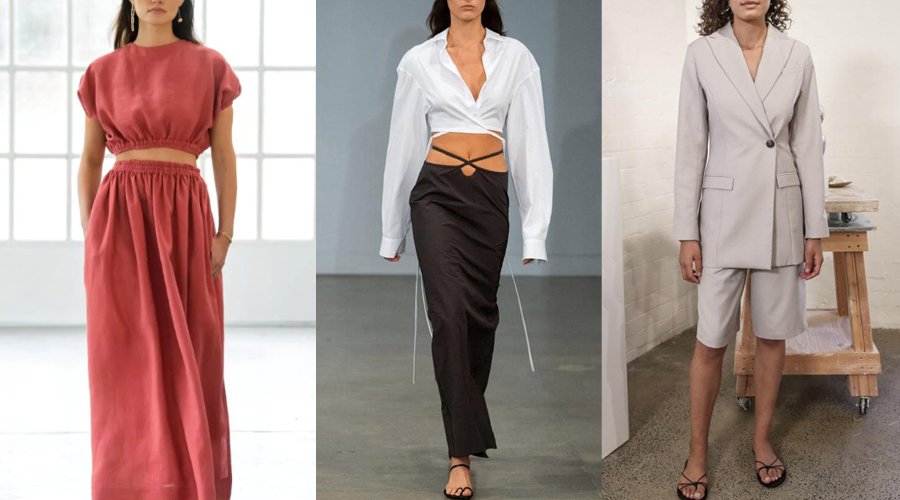 When the idea of minimalism first emerged as an important moment in fashion, it was intrinsically linked to the prevailing aesthetic sensibilities of the 90s. A time when designers like Margiela, Jil Sander, Ann Demeulemeester and Calvin Klein rallied armies of waifs wearing monochromatic slip-dresses, sheer tops and clean tailoring to push the movement into the big time.

Fast-forward a couple of decades and the idea of minimalism still hasn’t really left us. Sure there have been various iterations and some proponents who adhere to the mantra of ‘simplicity’ in a far more disciplined way than others. But it’s always felt relevant. If not for any other reason than the way that (generally speaking) it’s universal.

But while minimalism has been given longevity via people wearing black and white tones and basic, no-frills clothes, never has the idea been treated to as considered a reimagining as it is right now. And for some reason, I have felt particularly struck by it over the last few days, while following the runways of Australian designers at Sydney Fashion Week.

Minimalism, it seems, has a new face. A sleek, tonal and considered face that feels at once statement-making and deliberately pared-back. And while it’s fair enough to say that antipodeans have historically favoured a more casual look, this new movement deserves more than just a cursory line about our cultural propensity for downplaying.

In the Resort ’20 collections of labels like Anna Quan, Christopher Esber, Michael Lo Sordo, Lee Matthews, Bassike, Matteau and Jonathan Simkhai, beautiful palettes of muted reds, greens and blues complement the spectrum of beige being used as their foundation. Black, of course, features heavily, but in a far more delicate and unobtrusive way. Patterns also pop-up, but usually on silhouettes that are compellingly simple. The whole thing speaks to what these designers see as the needs of the contemporary woman — versatility and wearability without compromising on luxury or style. The woman these designers seem to be envisioning is someone who always looks put together without, apparently, having to exert herself. The ease with which the clothes from Resort ’20 fall off the bodies that wear them is making them some of our favourites to come out of the Australian fashion cohort in a long time. So without further ado, here is a line up of looks that we loved from MBFWA (so far), heralding the rise of the new minimalist movement.