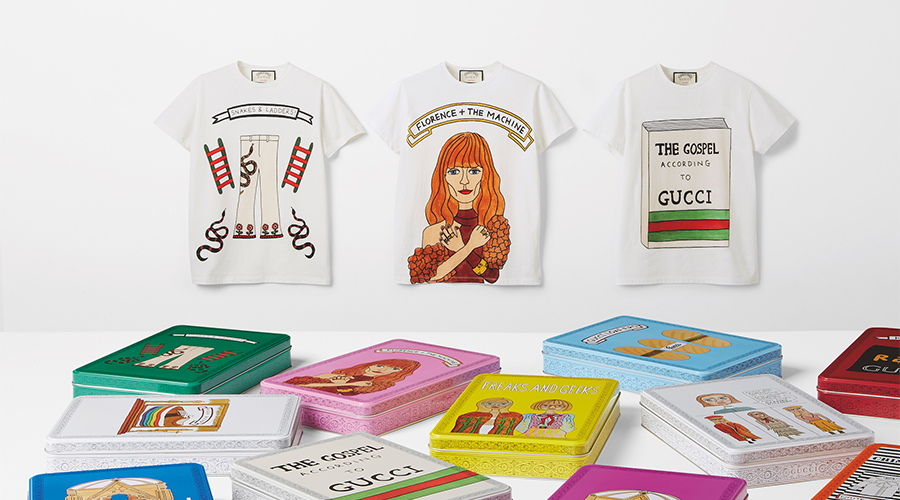 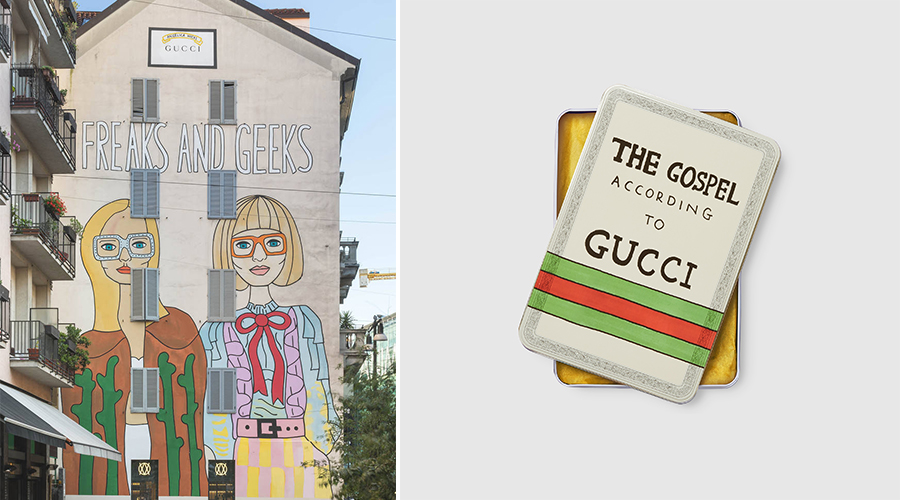 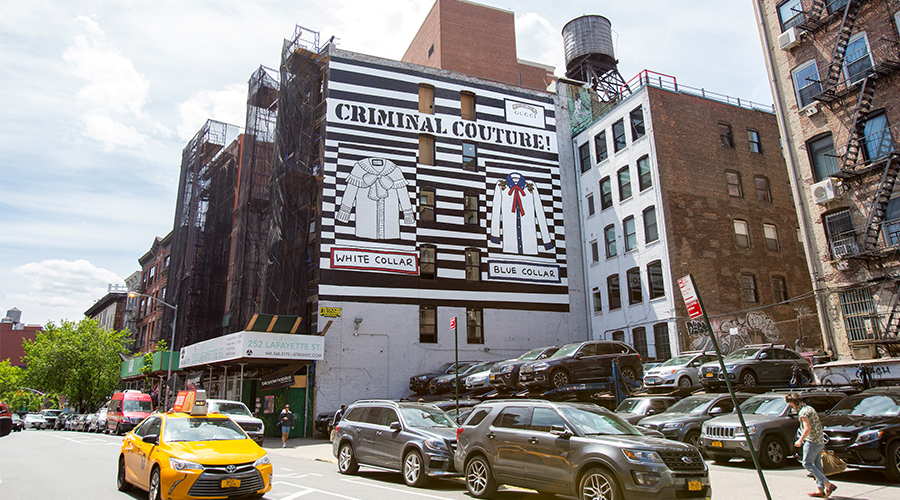 These days, an iconic T-shirt is a wardrobe essential. Hence, the ensuing hype when we found out that the venerable House of Gucci had teamed up with poptastic London illustrator Angelica Hicks for a perfectly quirky, limited edition T-shirt collection. Launching this Thursday, 25th May — don’t kill us, it’s only available via Gucci.com in Europe and the US — let us tell you that there’s going to be some traction. Hicks was discovered by Gucci’s creative director Alessandro Michele on Instagram where the artist displays her litany of illustrated fashion puns. She has also just released her first book, also published in collusion with the brand. To announce the collab, the cult Italian marque unveiled a large-scale mural on the exterior of its Milan store earlier in May, in conjunction with another mural in SoHo, New York.

With only 100 of the 11 different designs produced (a total of 1,100 pieces), from depictions of Florence and the Machine to ‘The Gospel According to Gucci’, you’d be right to assume that these cutesy T-shirts will be hot property. Presented in a vintage-styled metal box adorned with the same illustration of the garment within, come Thursday morning London-time, we’ll be wanting in.

Immerse yourself in the golden days of summer with our laidback, new-issue editorial

Square up with the new way to wear checks, the ultimate winning move for your next outfit