Carving out their own, unique paths through the industry, these three designers are gaining widespread acclaim for their unique ideas and subversive collections — ushering in a new generation.

Molly Goddard
With an unapologetic presence established in no uncertain terms, Molly Goddard is a brand firmly on the fashion industry’s radar. Gaining recognition for designs that revel in layered tulle, bright and boxy silhouettes and frills galore, this young designer is peppering her eponymous label with looks that are dynamic, youthful and inherently wearable. Despite boasting a delicate and uber-feminine aesthetic, Goddard’s clothing comes to life in the deliberate discord of showing her pieces on intrinsically ‘real’ women. Her SS18 catwalk saw models in either bare feet or masculine boots, strut confidently down a unique runway, led by a smoking Edie Campbell with wine in hand. Goddard’s achievements to date include her position as a finalist for the 2017 LVMH prize, her collection showing at the new Sainsbury Gallery at London’s Victoria & Albert Museum, having a piece included in the iconic museum’s Balenciaga: Shaping Fashion exhibition and, more recently, winning the British Fashion Council/Vogue Fashion Fund Award earlier this year. This young designer is making bold decisions that hit the mark every time. 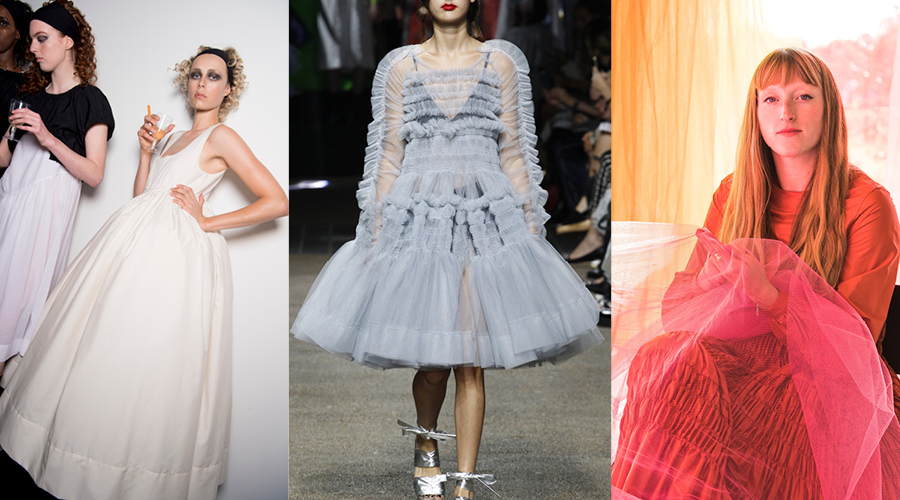 Michael Halpern
In an industry where rule-breaking, subversion and shock are commonplace, Michael Halpern is the new designer reminding us to have some fun from time to time. The 29-year-old Central Saint Martins graduate is peddling sequins (and lots of them) in his hedonistic Studio-54-disco-meets-high-fashion aesthetic, filling the gap in our wardrobes that we never even knew existed. Referencing Lacroix and Dior as influences, the Versace alum is happily deviating from minimalism and encouraging his customers to throw caution to the wind with vigour — mini dresses, jumpsuits, bustiers and suits fashioned in bold textures and contrasting sequins took pride of place in his SS18 collection. And while his fabric speaks the loudest, the designer’s technical skill as it relates to silhouette and garment construction is not to be overshadowed. Sculptural asymmetry has taken Halpern beyond its fun face-value to become a brand of proficiently realised couture, fitting for the big names that now flocking to wear it. Adwoa Aboah donned a glittering Halpern mini dress to accept her 2017 BFA Model of the Year accolade, while the likes of Marion Cotillard and Rita Ora are also counted among his admirers. 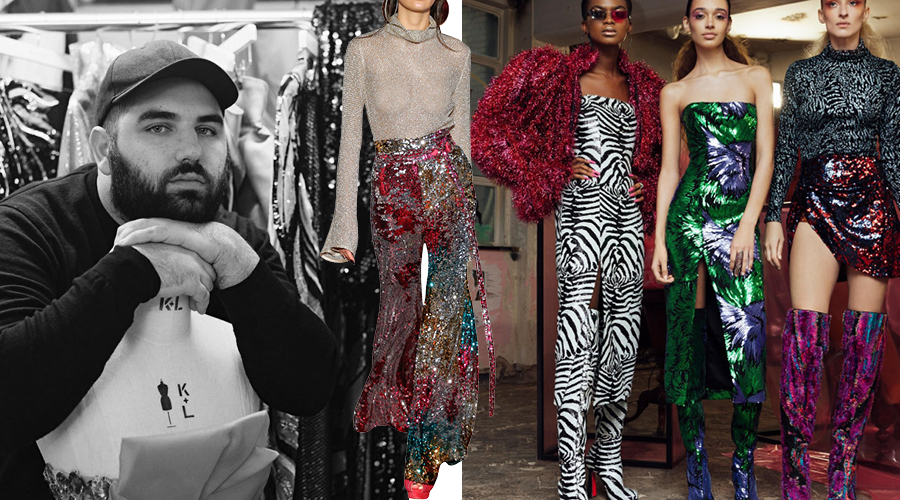 Rejina Pyo
Taking inspiration from modern art and architecture, Rejina Pyo’s particular brand of wearable, feminine clothing is characterised by subtly convention-breaking designs. Originally hailing from South Korea, she studied at Central Saint Martins in London, before working as Roksanda Ilincic’s assistant and establishing her eponymous label in 2014. Pyo’s catwalk debut at London Fashion Week last year, saw her SS18 collection emerge to critical acclaim. With understated touches of elegant deconstruction and a quirky use of colour, there’s a pragmatism to the clothing that speaks to authentic women. A champion of diversity, her general casting call for the show sought women of all ages and backgrounds, resulting in a diverse line-up that allowed her underlying philosophy of inclusion to come home to roost. Unorthodox in her approach but a rebel with a cause, Pyo wants to surprise not shock. She keeps us on our toes without heading too far off the reserve. Recently adding footwear, eyewear, jewellery and handbags to her repertoire, it’s only a matter of time before this budding designer becomes a household name. 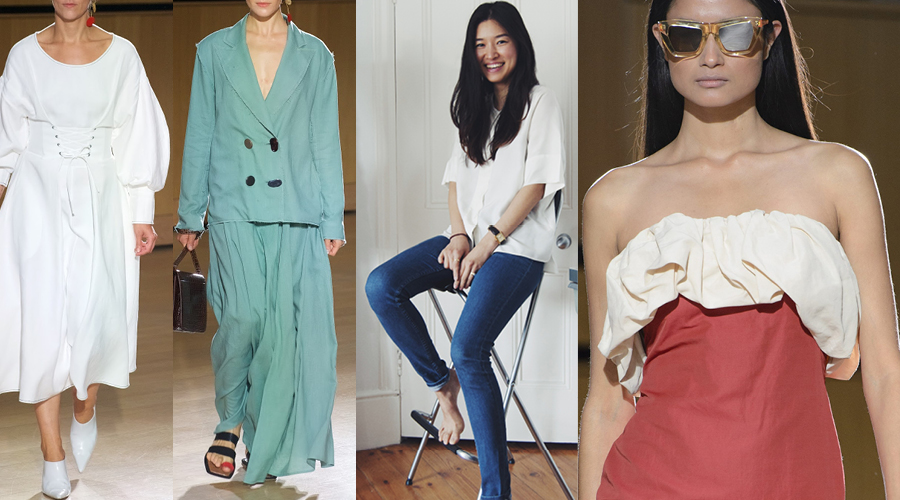 Closing the loop: Denizen’s guide on how to be a better fashion consumer