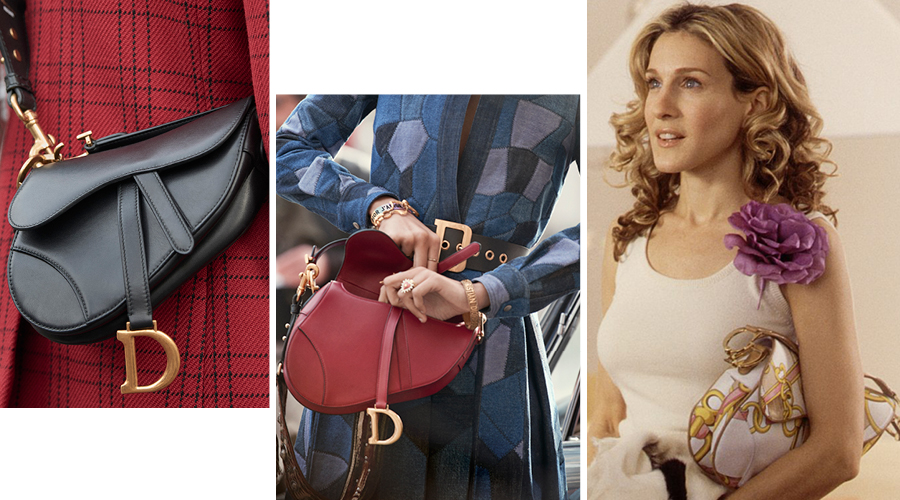 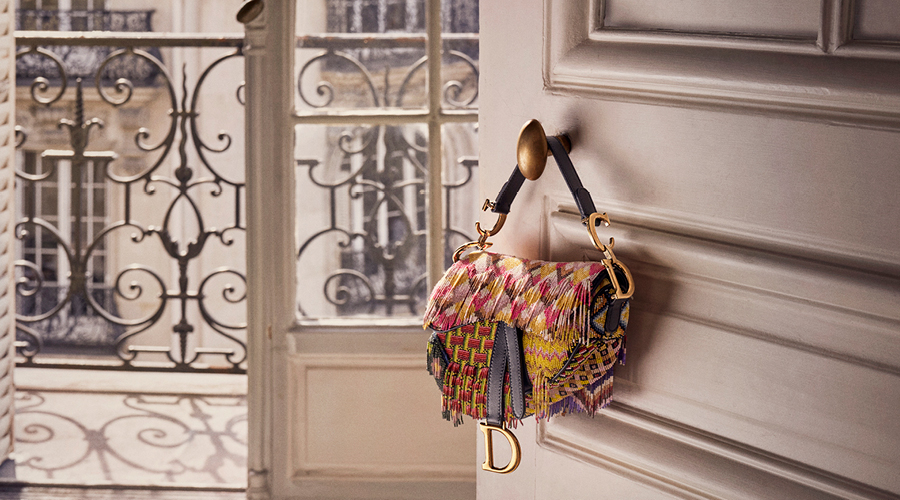 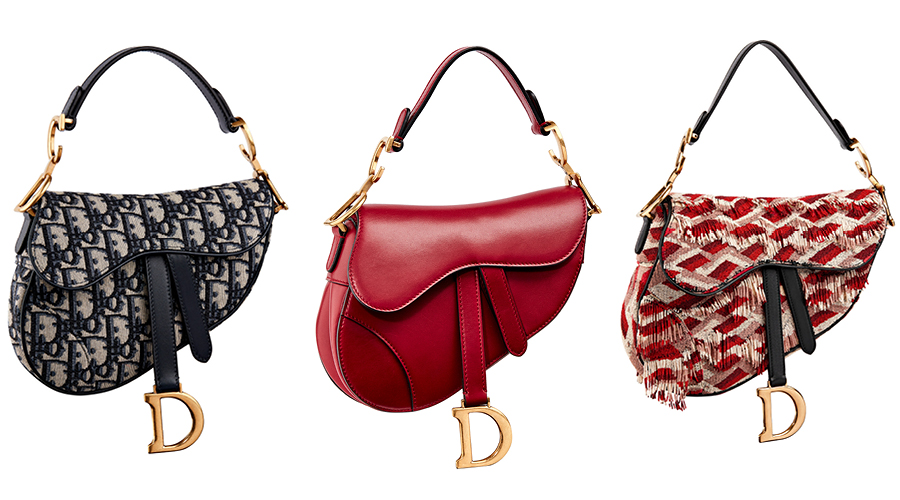 Allow me to transport you back in time. The year is 2001. John Galliano is making fashion history at the helm of Christian Dior, Juicy Couture velour tracksuits, flip phones and Paris Hilton are society’s cultural touchstones, and the Saddle Bag is being tucked under the arm of everyone who is anyone (including a young Carrie Bradshaw).

Three years into his reign at Dior, Galliano released the saddle bag as part of his Spring 2000 ready-to-wear collection, and it quickly became the bag of the early noughties. Designed in the shape of a horse’s saddle, with a gold ‘D’ stirrup closure, the bag came in various colourways including double denim, camouflage and of course the ever popular ‘rasta’ line. Unfortunately, as is often the way in fashion, life at the top was fleeting and after a few years as the favourite, the saddle bag was relegated to the dusty annals of catwalk history, left to gather dust in the wardrobes of once-famous wannabes.

But through the power of Instagram and its population of influencers and celebrities, vintage saddle bags have started appearing at fashion week again, first as an ironic ode to a bygone era, and now as an accessory of choice for proponents of ‘logomania’. And when Maria Grazia Chiuri showed her FW18 ready-to-wear collection for Dior last year, the bag that everyone thought had had its day in the sun was once again à la mode.

With modern versions available in detailed patchwork, intricate beading or simple, minimalist styles, it’s time to get back in the saddle.