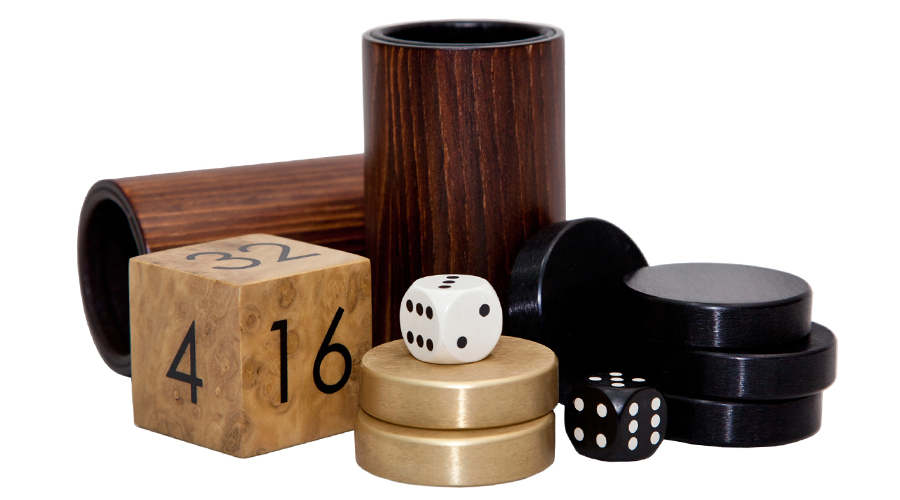 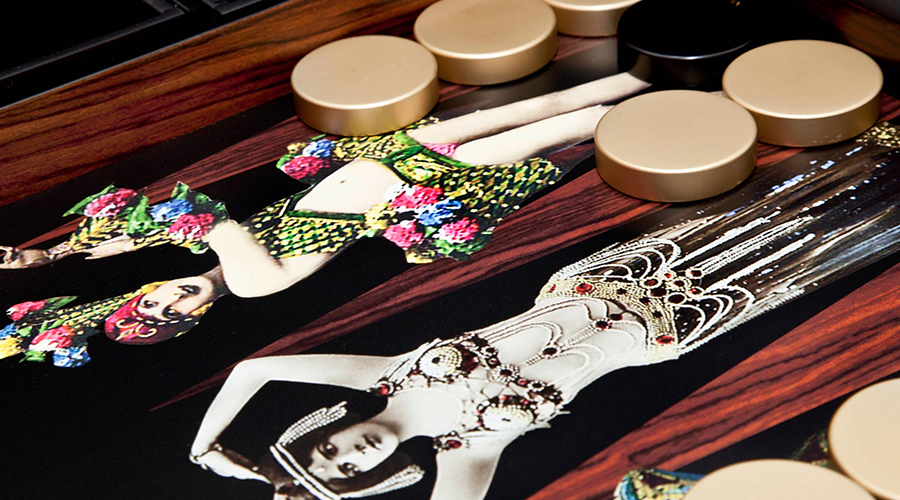 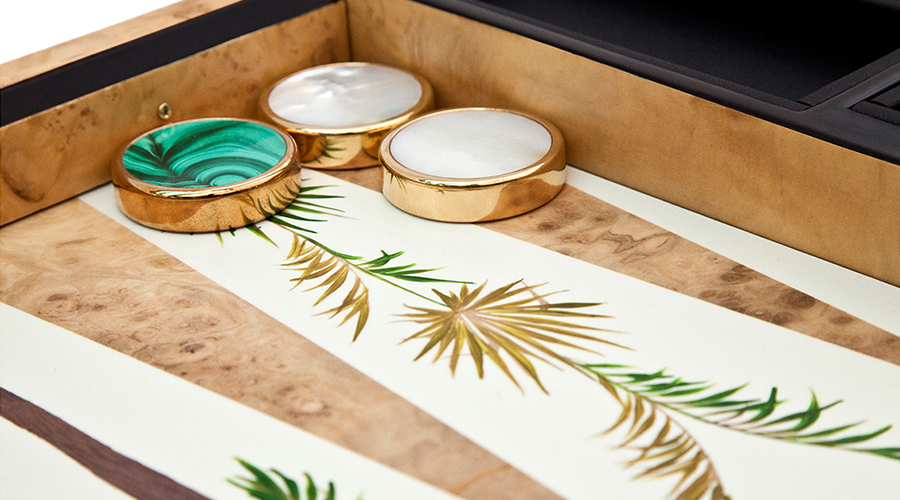 Having grown up on the streets of Cairo and spending much of her young life travelling the world, British designer Alexandra Llewellyn’s deeply entrenched love of backgammon is in part due to its ability to transcend both language and culture. Offering what is essentially a vocabulary of its own, her early indoctrination into the revered ancient game is what originally prompted her into making the glamorous bespoke sets that are now a sought-after commodity.

Now famous for her board designs, Llewellyn calls upon a network of celebrated British craftsmen to produce the amazing works of art. Since the company’s launch in 2010, Alexandra Llewellyn Design has seen limited edition collabs with the likes of artist Miranda Donovan and fashion designer Alice Temperley. Her other exquisite board designs are available to order at any time including the Egyptian inspired Palm and more risqué Carnival. The coveted sets take inspiration from a beautiful and surreal landscape that merges luxury with decay in reference to backgammons’ ancient origins.