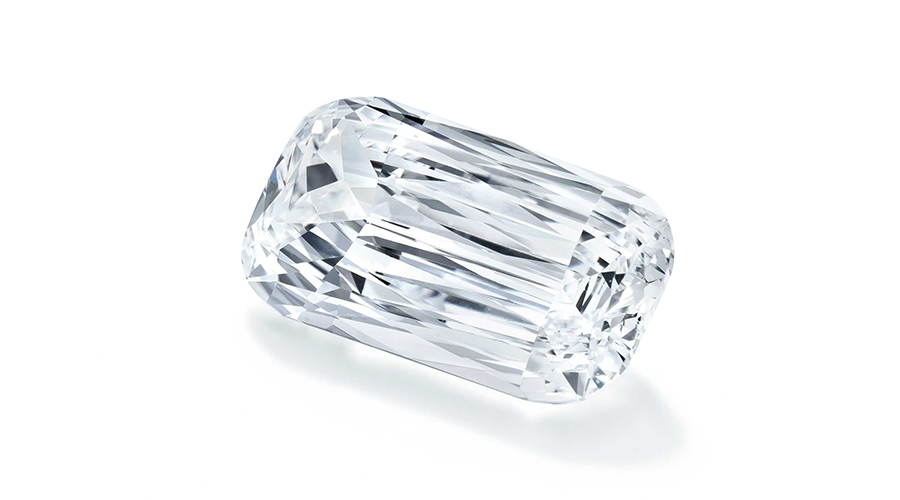 Regarded as one of the world’s most unusual and special diamond cuts, New York-based, Eve Goldberg of the William Goldberg diamond dynasty shares the Ashoka’s qualities.

1. They are exceedingly rare
To fit the bill for an Ashoka cut, the rough must be of a much higher quality with a larger-than-average width and length. Fewer than 10 percent of stones mined meet the standards required, and it can take up to six months for the cut to be perfected. Ashoka diamonds are patented and cut exclusively by William Goldberg jewellers in New York, with only 20 exclusive stockists worldwide.

2. The diamonds appear larger
The Ashoka cut comprises 62 facets, compared to the 57 found in regular, brilliant cut diamonds, which makes the stone appear larger. Utilising angles and symmetry, the effect is one of magnificence when light hits the diamond, the Ashoka can seem 30 percent larger than other, more common cuts.

3. They have been given the Hollywood treatment
Hollywood actor Reese Witherspoon was proposed to with a rare, four-carat Ashoka, in a solitaire style, with pavé diamonds running down the band. If it’s good enough for Reese…

4. It will banish your sorrows
Named after an enlightened leader who reigned in India centuries ago the original Ashoka diamond was thought to banish sorrows and bestow a sense of tranquillity and peace. Diamonds are a girl’s best friend after all.

The top questions to ask when buying an engagement ring

Haute Hobbyist: These luxury fashion brands have branched out into lifestyle accessories, and we can’t get enough

Your daily dose of sparkle courtesy of @sutcliffej