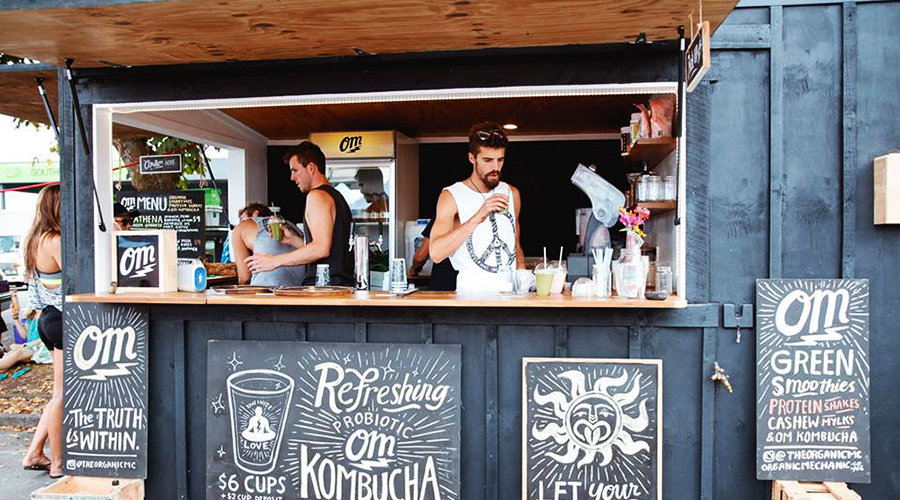 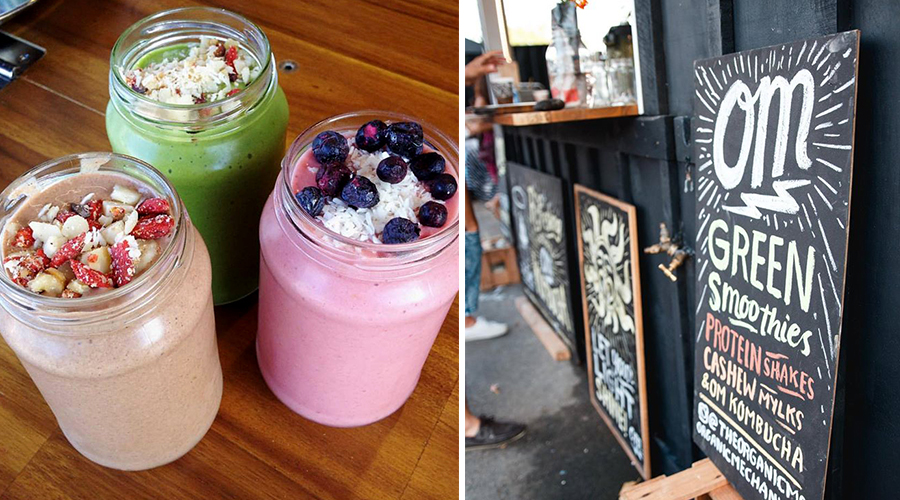 A visit to the new OM shack is enough to set us on the straight and organic, probiotic narrow.

Having accumulated a cult following by virtue of their health-giving smoothie concoctions alongside their refreshing ‘walk the walk’ approach to wellbeing, we weren’t all that surprised to hear of the Organic Mechanic’s plans to go permanent a few months back. Graduating from their well-frequented market stall, the team have recently taken up residence at what used to be the coffee shack at La Cigale’s weekend markets, officially christening it the ‘OM Shack’.

The affable folk who run the show are serving up their raw organic superfood smoothies — the Athenas, the Hercules’, the Aphrodites’ and the rest of The Organic Mechanic’s smoothie family — alongside cashew mylks, a selection of their favourite health food products in their typical good-natured fashion (and with free hugs if so desired). The probiotic kombucha keg refill station is also pumping out the good stuff from their new ‘brick and mortar’ residence, the concept of which is to minimise one’s carbon footprint by reusing, refilling and recycling old bottles.

With their endeavour being to encourage us to take full responsibility of what goes into our bodies and our minds, we dare say that a visit to OM’s new digs might just be enough to set us on the straight and organic, probiotic narrow. Pondering ideas of having a wider ranging organic menu available during the week and a ‘conscious kombucha bar’ at night, we’re keeping our eyes on this health-inspiring team of individuals.

Gut Instinct — is kombucha really as good for us as we think?