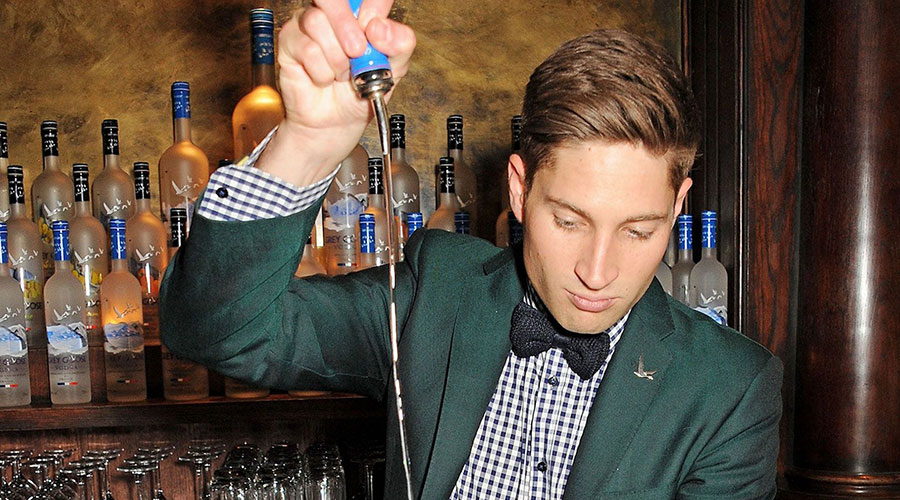 Subject to a strict schedule hosting a perennial spate of star-studded parties around the world, we gave Grey Goose’s Global Ambassador Joe McCanta a call to get the down low on the ins and outs of his ‘job’.

You’ve hosted some pretty amazing star-studded parties, including the Oscars’ Vanity Fair After-Party. Which has been your favourite so far?
“One of my absolute favourites was a couple of years ago. It was a dinner held the night before the Oscars hosted by Brad Pitt and Angelina Jolie for the whole cast and crew of 12 Years a Slave. The great thing about it was that it was held at the beautiful Sunset Tower Hotel which overlooks the whole of Los Angeles. There were so many A-list actors there — Michael Fassbender and Benedict Cumberbatch, to name and few — no one else was allowed in. It was just me and these people. I remember it because there was something so intimate about that evening — everyone was so relaxed and celebratory. It helps that the next night, they cleaned up at the Oscars.”

Can you share an interesting anecdote with us?
“There are a few! I think one of the best was when Grey Goose was hosting a party at the Chateau Marmont. It was during Joaquin Phoenix’s I’m Still Here era when he took on a completely different persona. He grew all his hair out and everything. I ended up next to this rough looking guy in a corner of the room, as you do when you don’t want to be the centre of attention. He had dark sunglasses on and we ended up having a great half-hour conversation about film and music and when I finally walked away, someone was like, “You know that’s Joaquin Phoenix right?” I had no idea. He was nominated that year for Best Actor.”

What is trending at the moment in terms of the kind of cocktails that people prefer?
“I think people are moving towards more savoury notes. Vermouth cocktails are very popular, as are lower alcohol cocktails. Five years ago, it was all about prohibition drinks — big, old, bourbon and gin cocktails that were just too huge on the palette. Now, people are going for something a bit more delicate.”

What kind of cocktail would you create for a Denizen?
“I think the Denizen reader has a lot of discernment and they’re quite charming as well. It would be something served in a flute, along the lines of a Le Fizz (Grey Goose’s signature cocktail), but then enwrapped in some really interesting aromatics. I’m really into the idea of perfuming on top of cocktails with things like orange water or rose blossom to play on the aromatic tastes and smells.”

What do you love about the Grey Goose product?
“Grey Goose kind of created the whole category of ‘super premium vodka’ and we did it very simply, by just sticking to our guns. It was about having the best ingredients. For us, that is the best French wheat — the same wheat that is used in the finest breads — and having one person who actually makes the product, our cellar master, Francois Thibault. He tastes every batch. I think that captures everything about French spirit making.”