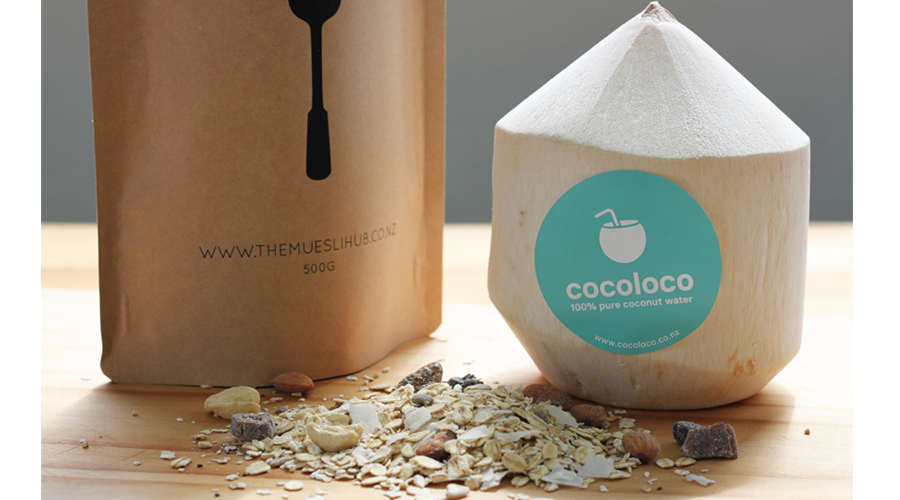 Drinking the revered, remedying refreshment straight from the nut is now a readily available reality.

It would seem that the ubiquitous coconut water trend is one that just won’t go away. Prevailing as the single most hydrating experience of them all, you’d be forgiven for assuming that with all the innumerable brands out there, that the market might have met a saturated status. You’d be wrong however, as our attention of late has been increasingly drawn to the fully formed coconuts being purveyed at various locations across the Auckland cafe scene. Cocoloco, as they’re called, is a venture by two young local ladies who are taking a refreshingly different approach by ensuring the virtuous liquid is imbibed in its most natural form – that is, literally straight from the nut.

The conception of Phillippa Bagley and Francesca Bowden, two friends who met on a yacht in the Mediterranean as they both followed the sun in search of an endless summer. The duo had the profound realisation that most of their friends had never tasted real coconut water in its pure untouched form. Thus the novice entrepreneurs were inspired to find a way to make the revered, raw and completely unpasteurised version of the drink accessible in New Zealand. Hence Cocoloco’s coconuts are simply picked, wrapped, packed and shipped to our shores with no tampering or heating in between – something that the omnipresent heat-treated, pasteurised and often ‘from concentrate’, bottled varieties cannot attest to.

Allowing us, sans airplane ticket to a tropical island, to sip coconut water just as Mother Nature intended, it’s not surprising we’re not alone in favouring this fresh approach with numerous cafes and eateries now stocking their coconuts. Making our lives exceptionally simple, Cocoloco offer packs of 6 coconuts sent directly to your doorstep, as well as two essential tools you’ll want to have on the ready this summer; the Coco Jack and the Coco Drill which makes puncturing a hole in the nut to extract coconut water and breaking it open afterwards a breeze. Furthermore, their versatility is boundless encompassing a number of breakfast, cocktail and dessert recipes – from a superbly simple rum and coconut water cocktail that promises to help abate dehydration in the process, to luscious desserts and a delectably refreshing take on Bircher muesli. We suggest you place an order and give the below recipe a whirl.

Bircher Muesli, using the kit available from Cocoloco or The Muesli Hub.
Step one: Open a fresh Cocoloco coconut with your supplied Coco Drill, and pour the liquid into a glass. (You’ll need to use a little force when piercing the shell).
Step two: Add 200ml (3/4 cup) of Cocoloco coconut water to 1 cup of The Muesli Hub Bircher, make sure the coconut water is just covering the muesli. Cover and allow to soak in the fridge for at least 6 hours.
Step three: Place your bircher in a bowl, top with summer fruit and yoghurt, or leave without to make your breakfast 100% diary and refined sugar free.
Step four: Enjoy.

Remuera is a suburb often summed up with a single