Behold an introduction destined to raise the ‘bar’ in more ways than one.

With a cocktail renaissance clearly sweeping the nation, we dare say you’d be hard pressed to find a cleverly crafted libation that doesn’t contain the all important aromatic bitters. And while its reputation as a versatile bar addition precedes it, we’ve corralled three compelling reasons to include the humble herbal concoction in your entertaining repertoire just in time for the festive season.

1. Use it like seasoning
Dubbed the bartender’s salt and pepper, equipped with the prowess to bring dimension, cut sweetness and ensure beverages from your bar never fall flat at first sip, adding a dash or drop to a shaken or stirred cocktail of your choosing is a game changer. We’re partial to adding a dynamic drop or two of Angostura to the classic Manhattan, allowing the notes of cardamom, nutmeg and cinnamon to come alive on the palate.

2. Help your beverages evolve
Try adding dashes of bitters directly onto ice before adding to a beverage of your choosing. Immediately absorbed by the frozen cubes, this technique ensures an ever-changing slow release to tantalise with every sip.

3. It might actually be good for you
According to recent research in the Journal of Medical Science, bitters were found to favorably affect body weight and lipid profiles in rats. Sadly, similar scientific studies on humans remain limited. With that said, it has been speculated that our bodies are hard-wired to be suspicious of bitter flavours – owing to ancestral baggage linking the taste to poisonous foods – triggering a digestive response that flushes out toxins. In other words, while we wouldn’t endorse this biohack, according to the almighty interweb, six to eight drops of bitters on the tongue before tucking into a bowl of ice cream supposedly aids the body in breaking down hangers-on like sugar and dairy.

Skin feeling dry? These body products are the skin saviours you need this winter 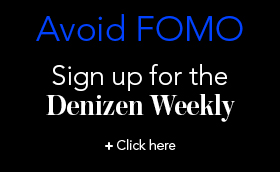